While Manchester United, Liverpool and other Big Six Prem clubs have distanced themselves from the proposal, outgoing Barca President Josep Maria Bartomeu revealed the Nou Camp outfit had “agreed to join” the planned league. 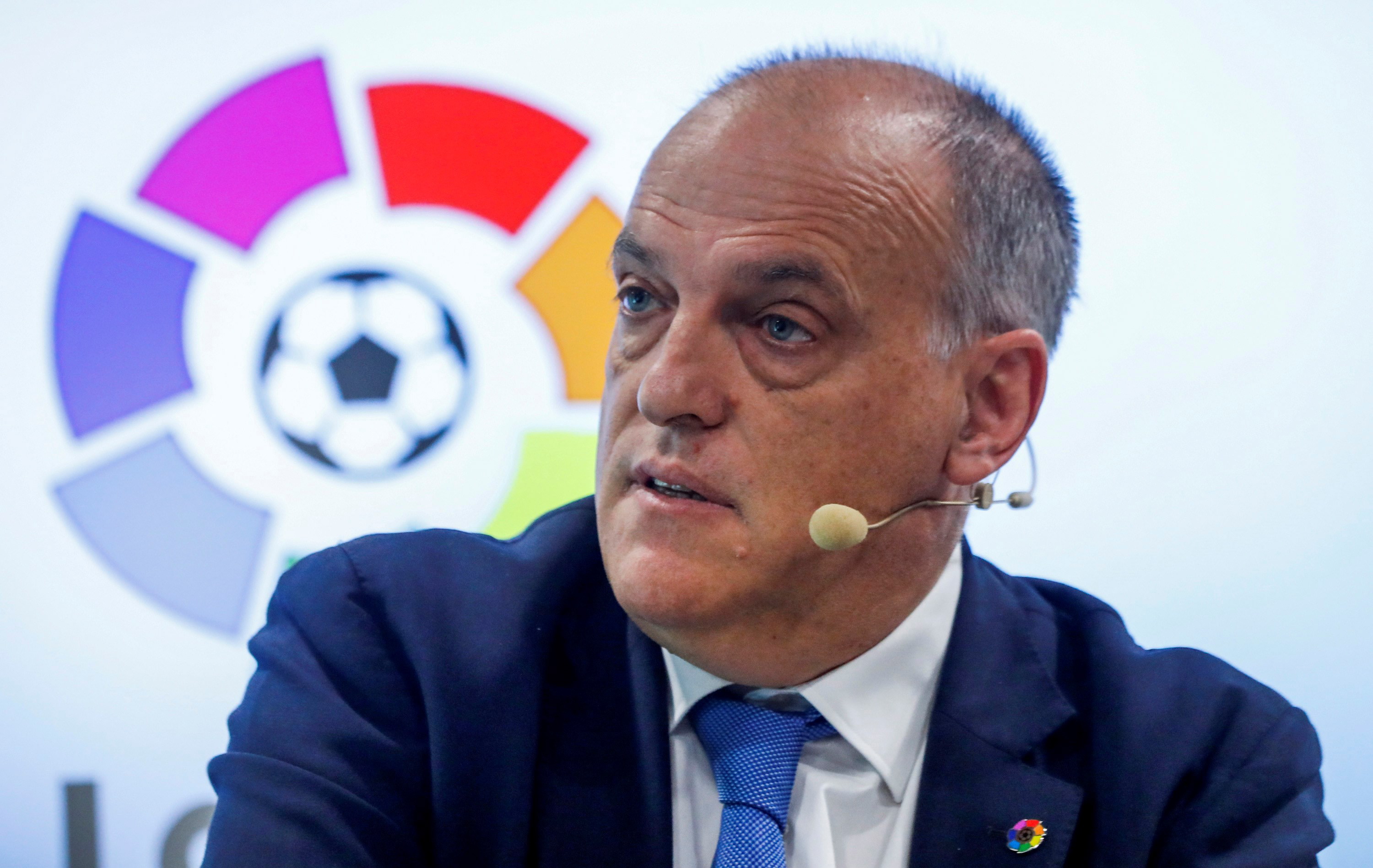 But in a brutal putdown of his two biggest clubs, Tebas dismissed their scheme as something that would destroy “the culture of football”.

“But it doesn’t have a large showing of support.

“In fact, it is a very minor project that lacks economic or social depth.

The scheme is the brainchild of Real President Florentino Perez, who claimed backing for the concept from Fifa.

World chiefs have also backed away from the idea and Tebas added: “The day they dig deeper they will realize that what they are proposing is neither good for them nor good for the ecosystem of world professional football.

“This won’t go far. But for 14 years we have spent every year dedicating a couple of days a year to respond to this Super League issue. And I’m sure we will continue next year.”

Tebas was speaking alongside Real Betis President Angel Haro, who added: “Any league that takes away something important from La Liga is clearly bad for La Liga and bad for us.

10/29/2020 Sport Comments Off on Real Madrid and Barcelona slammed as 'ignorant' by La Liga chief Javier Tebas over backing European Super League
Recent Posts
We and our partners use cookies on this site to improve our service, perform analytics, personalize advertising, measure advertising performance, and remember website preferences.Ok