ITALIAN referee Daniele De Santis and his fiance Eleonora Manta have been stabbed to death at their home in Lecce.

Police have launched an investigation into the double murder that occurred on Monday. 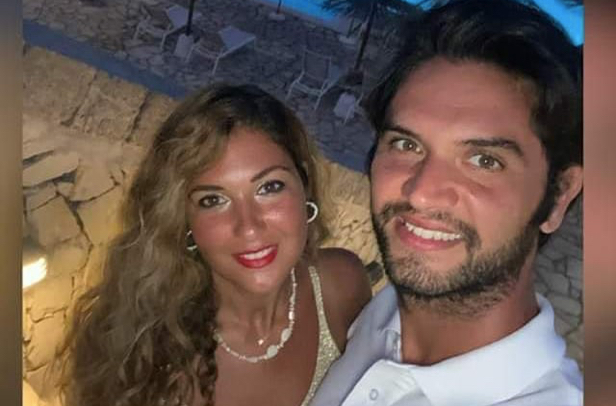 Cops raided the property after reports of screams, with La Repubblica stating that De Santis' body was found on the second-floor staircase of their apartment complex, with Manta's was discovered inside their home.

Initial reports suggest that witnesses saw a man leaving the scene with a knife and a backpack.

Police have not yet formally identified a suspect.

The area around the apartment shared by De Santis, 33, and Manta, 30, is covered by CCTV which will provide key evidence for police, although early witness statements suggest that the perpetrator concealed their face.

De Santis began refereeing professionally in 2017, making his Serie B debut as fourth official for a clash between Pisa and Benevento that same year.

And head of the Italian Referee Association Marcello Nicchi has offered an early statement on De Santis' tragic passing.

He told Gazzetto: "I am shocked by this tragedy.

"We still know very little about the case. The thing I can say is that we are in close contact with the family and with all the people in the section [of the association]."

De Santis refereed around 130 matches in Serie C and Serie D, and president of the former Francesco Ghirelli has offered a heartfelt tribute.

He said: "No words can express the grief of the Pro Liga, its officials, clubs and players for the premature death of referee Daniele De Santis and his partner Eleonora.

"We remember his smile when on the pitch and his passion for Serie C, which he regarded as a family.

"Violence destroys, and it has taken away two young people with hopes and dreams. It is the number one enemy to oppose in all its forms."

De Santis had been due to take charge of Monopoli against Modena in the Coppa Italia on Thursday.