Rocco B. Commisso, the billionaire chairman of the cable provider Mediacom, is the new owner of Italian soccer club A.C.F. Fiorentina in a deal he described as the “quickest closing in soccer history.”

Commisso, who was born in southern Italy but moved to the United States when he was 12, said in an interview Thursday that the deal was completed within three weeks of his signing a letter of intent to acquire the Florence-based team, which only avoided relegation to the second division on the final day of the Serie A season.

“There’s going to be a tremendous amount of effort, work, passion and money all going to be put in to make sure we have a better season than we had last year,” Commisso said.

The 69-year-old Commisso, who is also the chairman of the New York Cosmos, a club with a deep pedigree in American soccer but one that is locked out of the top tier in the United States without a system of promotion and relegation in American soccer. (Commisso has feuded openly with, and has sued, U.S. Soccer as part of his disputes with the federation.)

As he did, though, he also had been on the hunt for a European soccer team for the past three years. He was left frustrated last year after failing in a takeover bid for A.C. Milan, a European soccer heavyweight that had fallen into a financial crisis. He also was offered opportunities to buy teams in England, France, Switzerland and Belgium, he said, before eventually settling on Fiorentina, whose owners had first offered the club to Commisso in 2016.

“But given the fact I was born in Italy, my love for Italian soccer and what soccer has done for me I wanted to eventually buy a quality team here in Italy and I’m very proud, happy and honored to buy Fiorentina, a club that’s got great traditions,” he said. 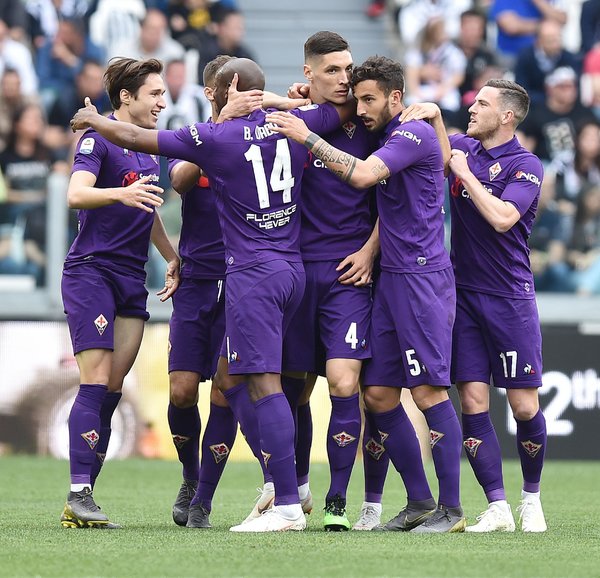 The team, known as the Viola, or the violets, for the color of their jerseys, had some success at the turn of the century, including an Italian Cup win in 2001, before losing its way under its former majority owner Diego Della Valle, who took control of the club 17 years ago after it fell into bankruptcy. Though Della Valle invested significant funds into the team, his popularity among supporters has waned in recent years. He wrote an open letter to fans in March, accusing the club’s supporters groups of creating an atmosphere that “destabilized the team and the club itself.” He called it an “absurd situation,” and one he “would no longer accept.”

“A new chapter begins for the Viola team that we hope will bring many successful seasons, especially for the respectable supporters and the city of Florence to which we will always remain emotionally attached,” Della Valle said in a joint statement with his brother Andrea.

Commisso declined to reveal how much he was paying; news media reports suggested a deal was struck at fee between $150 million and $200 million.

In buying Fiorentina, he joins a growing list of American owners in Italian soccer. Milan is now owned by the Elliott Management hedge fund, A.S. Roma is backed by the billionaire James Pallotta, and there are North American-linked ownership groups at Bologna, in Serie A, and Venezia, in Serie B. Commisso said he planned to speak with the other United States owners soon.

Italian soccer has struggled in recent years, falling behind top leagues in Spain, Germany and notably England, whose Premier League is now by far the most popular domestic competition in the world.

Like most Italian teams, Fiorentina’s Artemio Franchi stadium is owned by the city that the team calls home, and like many of the others it is dated and ill-equipped when compared to the modern arenas that are home to teams in Europe’s other top leagues and sports franchises in the United States.

Commisso said he did not want to make false promises to Fiorentina’s fans, but he pledged that a review of what could be done about the team’s stadium would be part of a comprehensive review of club operations.

“We are looking at everything,” he said. “I’m a man, for those that know me, who never overpromises, I want to start slowly, learn a lot about the team, and eventually to set them on a good path to succeed. How long it takes I don’t know.”