Massimiliano Allegri has confirmed that Cristiano Ronaldo wants to leave Juventus after the news broke that he had spent 40 minutes saying goodbye to his teammates ahead of a potential move to Manchester City.

The 36-year-old – who has reportedly agreed terms with the Premier League champions – arrived at the Juventus training ground at around 9:20am on Friday morning.

It is believed he stayed at the club for 40 minutes to bid his teammates farewell before departing ahead of their team training session scheduled for later in the day. 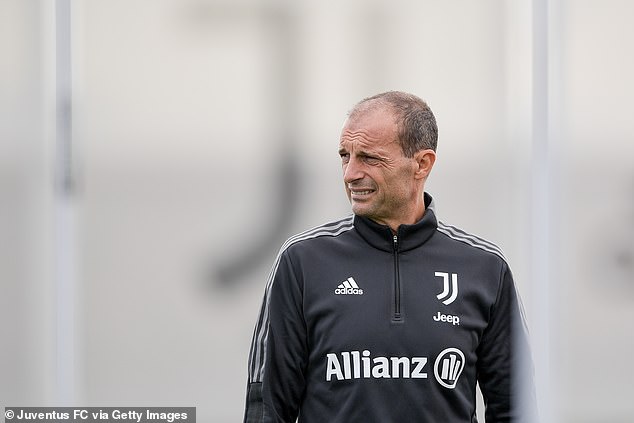 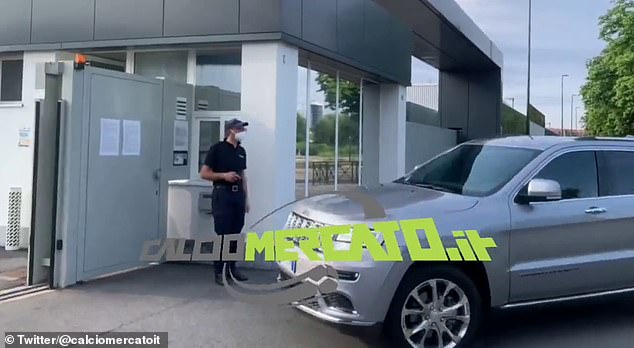 Ronaldo arrived at the Juventus training ground at 9:20am on Friday for a decisive day of talks

Talks over Ronaldo’s move to City began less than 24 hours after Harry Kane’s potential move to Pep Guardiola’s side fell through.

The Tottenham striker pledged his immediate future to Spurs on social media – saying he will be ‘100 per cent focused’ on helping the club achieve success this season before scoring twice in their Europa Conference League play-off win on Thursday night.

As a result, City have turned their attention to Ronaldo – who has told Juventus he wants to leave this summer.

Allegri confirmed Ronaldo’s interest in a transfer, saying: ‘Yesterday, Ronaldo told me that he no longer has any intention to play for Juventus.

‘He is not available for tomorrow’s match against Empoli. He’s going to look for a new club after three years here.’ 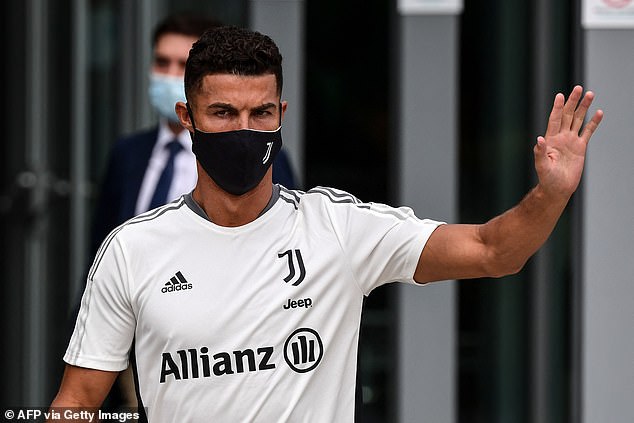 According to Sky Sports, Ronaldo arrived at the Juventus training ground for a decisive day of talks at around 9:20am this morning.

Several fans were seen waiting outside the Juventus training ground to receive updates on the situation and beg their star striker to stay.

Ronaldo’s goodbye to his team-mates was said to be rather emotionless, with his only close friend at the club said to be the third choice goalkeeper, Carlo Pinsoglio.

It is believed Ronaldo lost his enthusiasm for staying with Juventus after their elimination from the Champions League last season.

He began leading a separate life to his team-mates, creating an irremediable break in his relationship with the squad. 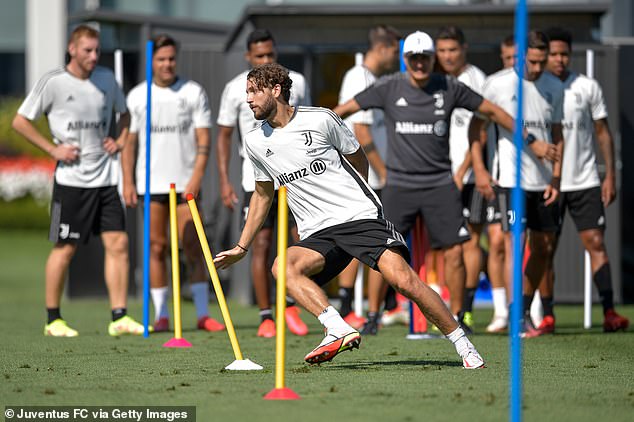 Ronaldo left well before the club’s training session – which was scheduled for 10:45am 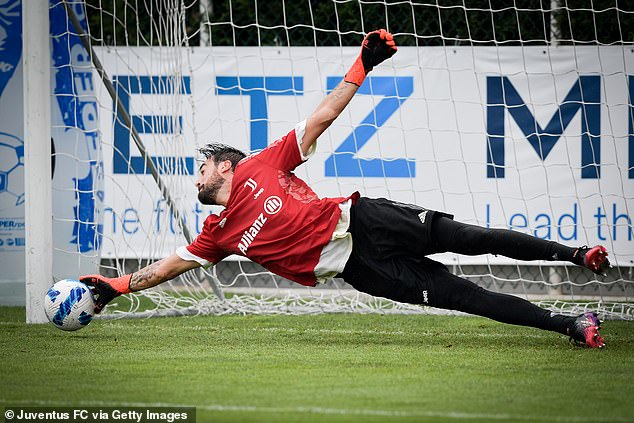 Ronaldo’s farewell to his team-mates was said to be rather emotionless because his only close friend at the club was the third choice goalkeeper, Carlo Pinsoglio (above)

With just a few days left of the transfer window, Ronaldo recognises the importance of pushing a deal through sooner rather than later. Therefore, he has taken matters into his own hands.

Sportsmail previously revealed how Ronaldo had cleared out his locker at Juventus after telling the Italian club he does not want to play for them anymore.

Ronaldo has also made himself unavailable to play for the Old Lady in their fixture against Empoli this weekend.

The news of Ronaldo’s potential departure has come as a blow to the fans, but it could be beneficial for the club as it would reduce their wage bill amid financial concerns.

However, Manchester City will only sign the 36-year-old – who has 10 months left on his contract in Turin – if Juventus drop their £25million demand.

The Premier League champions will also need Ronaldo to accept a sizeable cut to his £500,000-a-week salary. 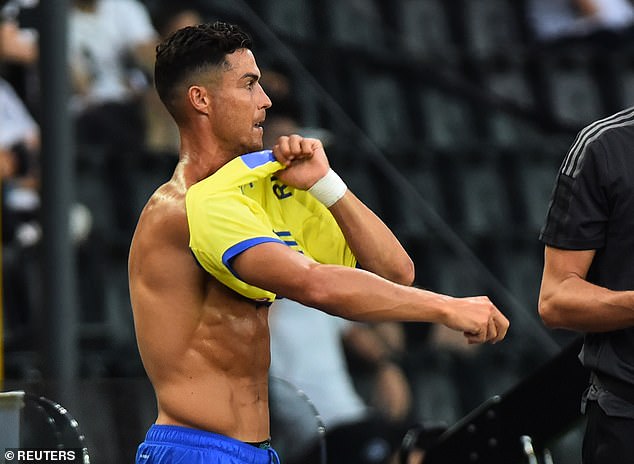 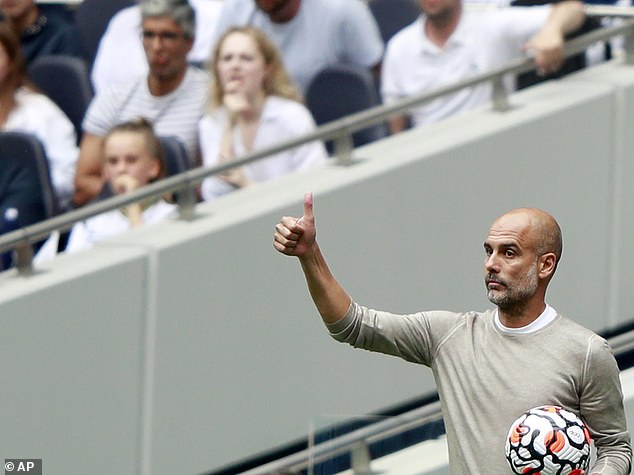 City will only sign the 36-year-old – who has 10 months left on his contract in Turin – if Juventus drop their £25million demand and Ronaldo accepts a cut to his £500,000-a-week salary

While there are still plenty of obstacles to overcome for the deal to go through, City players are said to be excited about his potential arrival.

Sportsmail previously reported how the City players had been discussing the prospect of playing alongside the five-time Ballon d’Or winner.

Guardiola’s men have been asking Ronaldo’s Portugal and former Juve team-mate Joao Cancelo how he trains and what work he does away from the training ground.

The players have also been discussing how his recent role as an orthodox No 9 could benefit the team just as much as Kane would have, if his summer moved hadn’t have collapsed. 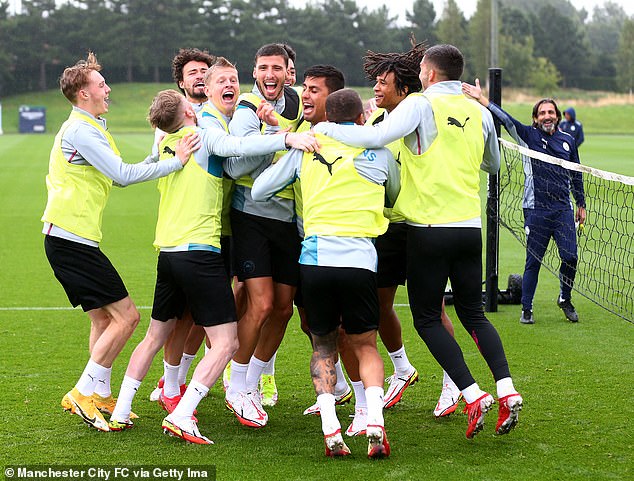 However, the news of Ronaldo’s potential deal has come as a blow to the Manchester United fanbase.

United supporters have been left feeling ‘angry’, ‘betrayed’ and ‘shocked’ by the decision as Ronaldo developed into the world class players he is today at Old Trafford.

Sir Alex Ferguson saw Ronaldo’s potential from an early age – buying him as largely unknown player for £12.24m in 2003. He worked closely with the striker developing his skills before handing him his debut against Bolton at Old Trafford.

Ronaldo grabbed the attention of the fans with his stunning 30-minute performance – before going on to score eight goals in 39 appearances that season.

CR7 scored some stunning goals at Old Trafford during his career at the club and helped the Red Devils pick up several trophies before departing for Real Madrid in a deal worth £80m – making him the world’s most expensive player in 2009. 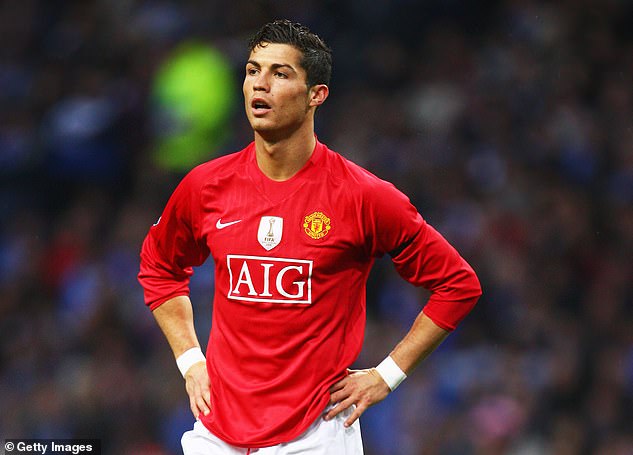 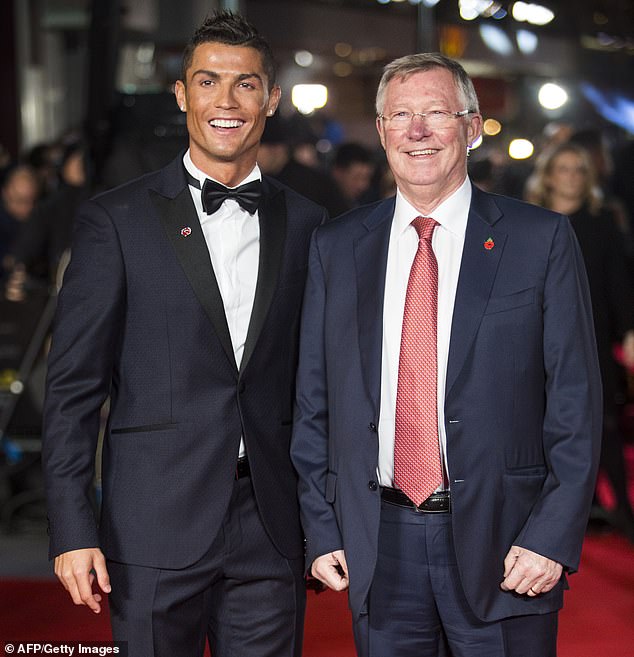 United fans always believed Ronaldo would return to Manchester, but they never believed it would be for Guardiola’s side.

As a result, they have taken to social media to vent their frustration. Many have described the move as the ‘worst’ thing that could happen to them.

One supporter Tweeted saying: ‘If Ronaldo does actually go to Man City words won’t be able to describe how devastated I will be.’

Another added: ‘Ronaldo going to Man City is a gut punch. Doesn’t matter how many years since he left United. This isn’t on par with Figo going from Barca to Madrid, but it’s like Owen going from Liverpool to United.’

Meanwhile, several fans demonstrated their anger by saying they would ‘burn’ their Ronaldo shirts if the Portuguese international joined the club over the road. 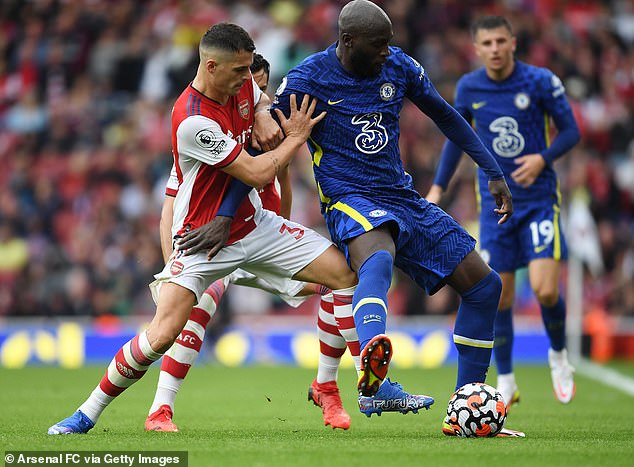 Ronaldo scored 35 goals for Juventus in all competitions last season – beating Romelu Lukaku, who has been praised continually this summer before his move to Chelsea 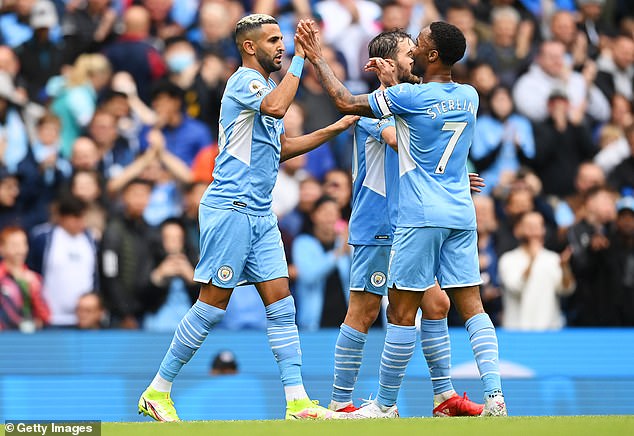 If he joins, Ronaldo would play alongside several City attackers such as Raheem Sterling (right)

Manchester City will have little concern over their rivals feelings as they look to sign the striker who scored 35 goals for Juventus in all competitions last season.

His tally was superior to Romelu Lukaku – who has been praised continually this summer before his move to Chelsea.

Nevertheless, Manchester City must secure a deal for Ronaldo in the next four days before the transfer window closes.