RONNIE O’Sullivan became the oldest potter in town as he celebrated the Joy of Six at the Crucible.

The Rocket strengthened the argument that he is the greatest snooker player of all time as he smashed the overwhelmed Kyren Wilson 18-8 in the final of the Betfred World Snooker Championship. 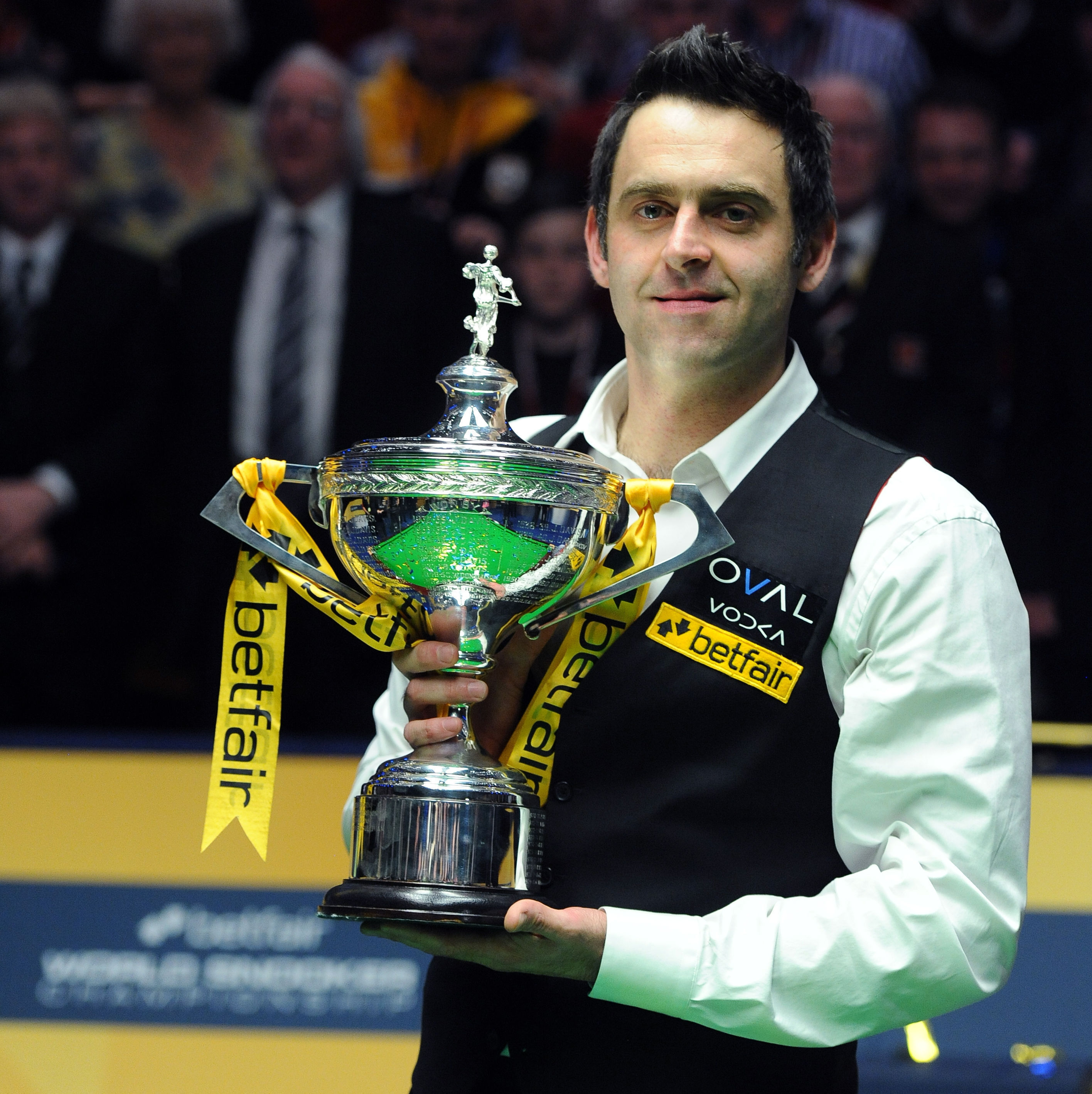 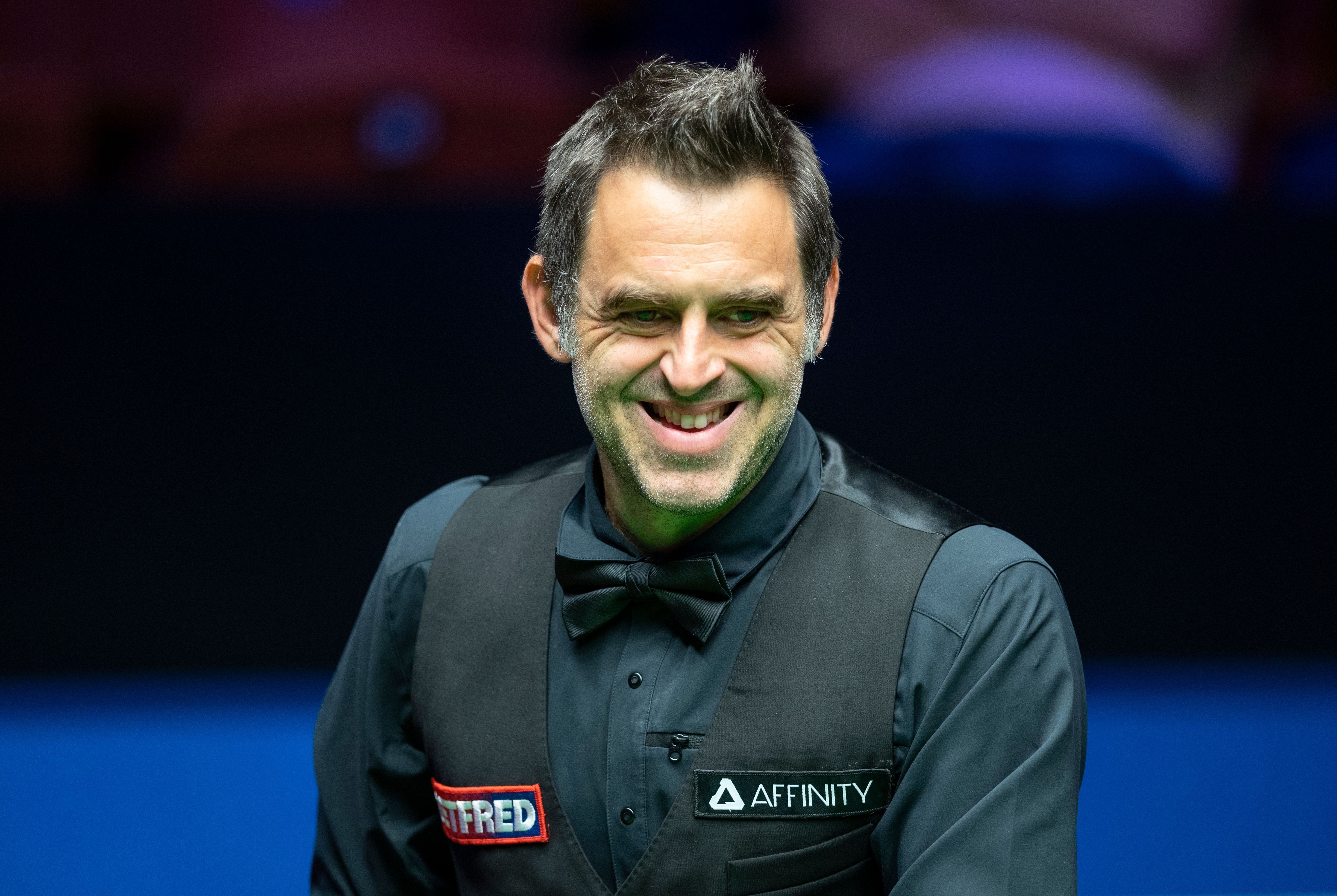 This was his SIXTH world title, his first since 2013, drawing him level in the modern day era standings with his boyhood hero Steve Davis and former coach Ray Reardon.

It leaves him ONE crown shy of the record of seven achieved by Scot Stephen Hendry 21 years ago – and few would bet against him matching that next Spring.

In a triumph for middle-aged men everywhere, the 44-year-old is the oldest world champion since Reardon, who was 45 years old when he lifted his last Old Silver Lady trophy in Sheffield 42 years ago.

Not only did he claim a record-breaking 37th ranking event – one more than Hendry – but the £500,000 top prize will keep him going financially throughout the global Covid-19 pandemic.

Davis, 62, said: “Not really trying to put it on to Hendry. But this brings into question whether Ronnie can win at least seven. And maybe he can now.

“Six world championship wins is what he deserves. He has a chance at seven as well.”

A tired O’Sullivan played poorly in the Saturday evening session and he was there for the taking as the demons returned and he squandered an 8-2 lead.

Wilson had him on the ropes but that 17th frame was key with O’Sullivan scraping through by eight points for a three-frame lead heading into the final day. 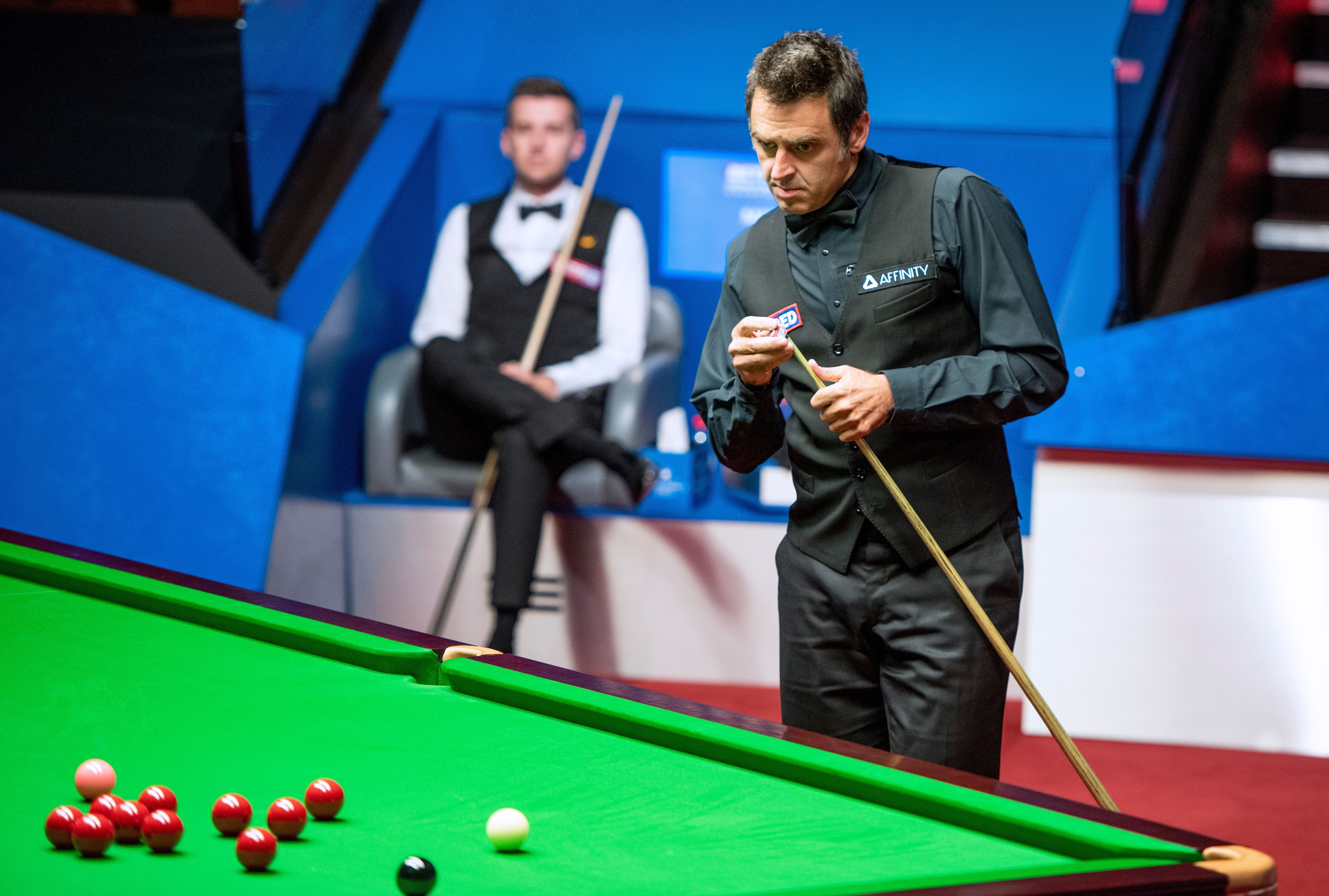 Still searching for the perfect cue action, cleanly-shaven O’Sullivan put down the 15-time world champion Joe Davis book and arrived on site from 9am to put in the practice hours.

For Wilson, his preparations were hampered by a dodgy pizza on Saturday night, which had made him ill. The start was even delayed as Wilson was sick before going out.

World No.8 Wilson, an emotional man who wears his heart on his sleeve, might have had a bad stomach but he managed to settle his nerves quickly with an opening 73 break.

What broke the tension for O’Sullivan was the bizarre sound of Shaun Murphy’s walk-on music – ‘Disco Inferno’ by the Trammps – ringing out around the arena before the 19th frame.

This seemed to relax the Essex potter and aided by a fluked red he extended the lead with breaks of 53 and 49.

Wilson was cueing much better than he had the previous day but O’Sullivan went into the mid-session interval at 13-8 ahead.

After the 20th frame, a group of four men were spoken to by security for interference following a complaint by Wilson.

It appeared they were putting off the Kettering ace by moving their heads and using their phones while he was playing.

They were warned, moved to a different spot in the Crucible and assigned a security guard in case they broke the rules again.

It was going to take one almighty comeback, perhaps the greatest ever, to win his maiden title at that stage.

Memories of the Champions of Champions defeat came flooding back. On that night in Coventry in November 2018, Wilson and his family were so distraught by the loss that one of his young children watching on TV at home wanted to punch O’Sullivan on the nose!

It was starting to run away from Wilson now and his mind was clearly frazzled.

He even miscalculated the number of frames, thinking it was the end of the session when there was one more left to play.

O’Sullivan finished the third of four sessions winning seven out of eight frames and leading 17-8.

Even for the Warrior, this was an insurmountable task and O’Sullivan achieved glory with a 96 break in just ten minutes.

Wilson, who scoops the £200,000 runners-up cheque, will be disappointed but throughout the past 18 days he has performed admirably in the memory of his former manager Brandon Parker, who died aged two weeks before the worlds.

08/16/2020 Sport Comments Off on Ronnie O'Sullivan wins SIXTH world title, aged 44, as he demolishes Kyren Wilson 18-8 at the Crucible
Recent Posts
We and our partners use cookies on this site to improve our service, perform analytics, personalize advertising, measure advertising performance, and remember website preferences.Ok