IF hot handicaps are your thing then you are laughing all the way home at Sandown on Saturday.

York may be the main dish, but there is plenty in the way of punting opportunities in Esher. 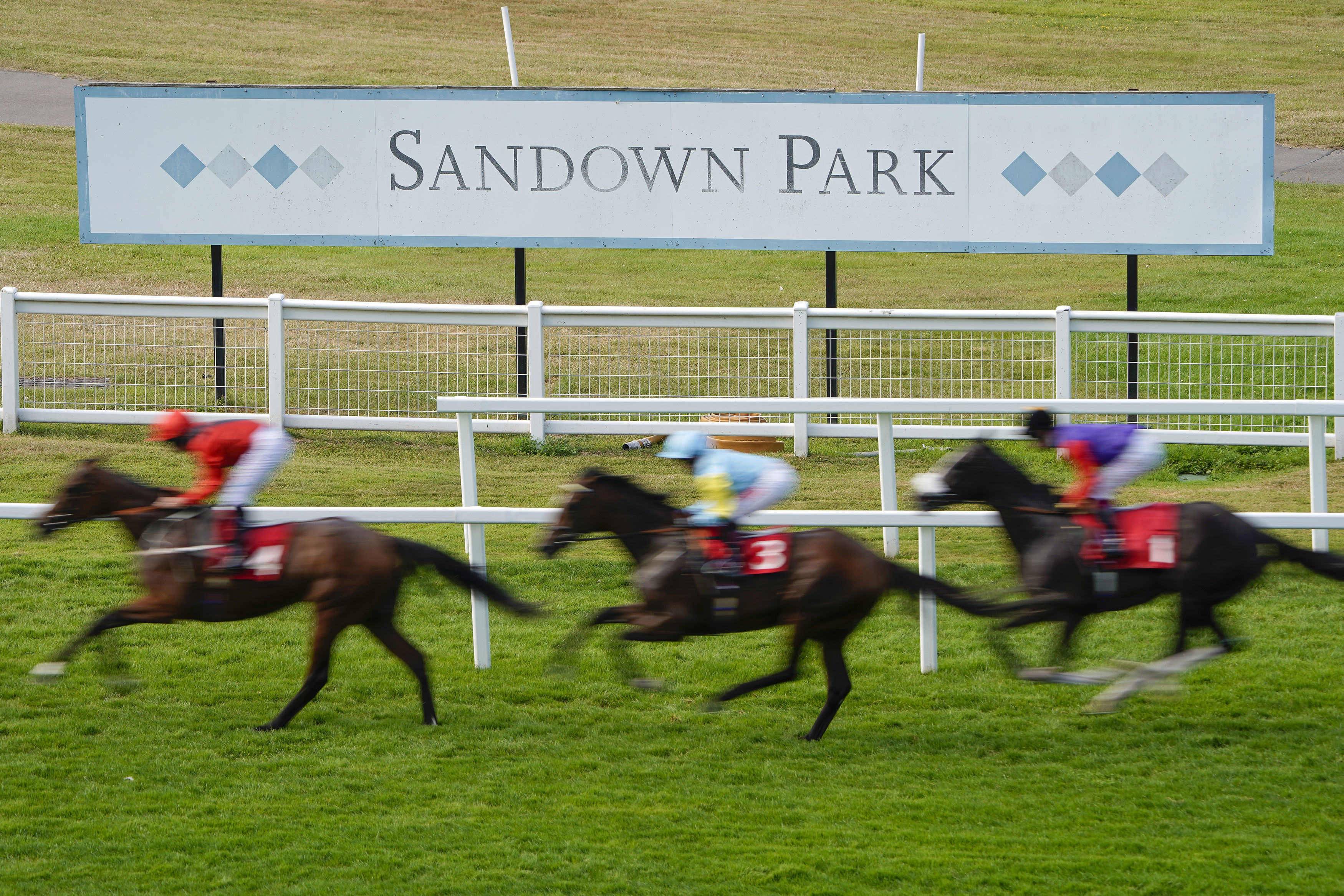 Bet £10 on first race at York Friday, get £5 free bet on all remaining races -CLAIM HERE

T&Cs: New customer offer, place a single £10 (or £5 e/w) Sports bet on the first race York Friday 21st August and get a £5 free bet for each of the subsequent races on the Card. Deposits using cards or Apple Pay only. Free bets are only valid for the specified race and are awarded when the qualifying bet has been settled. Free bet stakes not returned with winnings. T&Cs apply. 18+ Begambleaware.org

A race to keep a close eye on, it should throw up plenty of winners before the season is out.

A host of big yards throw their lightly-raced three-year-olds into this and leading the betting is John Gosden's Tenbury Wells.

He just did enough at Ascot last time, but needed every yard and the horse he beat has been stuffed since.

I'd be against him at short odds up another 5lbs in what is surely a better race. The horse undoubtedly has got room to improve, but there are a few better handicapped in here you would think.

New Chapter has an obvious chance on his handicap bow. He won his maiden last time out at Ayr.

And why he only scrambled home from the second, that pair were 12 lengths clear and a mark of 79 looks more than fair.

Brilliant Light was second to Darain on debut and then beat a good standard-setter at Wolverhampton next time out.

I'm not sure the drop in trip will prove the right call though, and 88 is a tall order after two runs.

I'd tentatively side with both BALZAC and COZONE in this, with slight preference for the latter.

He won over course and distance last time out for Amanda Perrett and has only been handed a 5lbs rise. He has a bit more experience than some of these and that race looked decent for the grade.

There could be more to come and a mark of 77 is still exploitable.

Balzac has switched to Stuart Williams after winning at Newbury. That looked a solid enough race and Williams won't be too upset with a mark of 82.

Keep an eye on that horse in the market. The Williams team know when they have a live one.

DEAN STREET DOLL looks a good bet in this race at each-way odds.

Trainer David Menuisier does well at the Esher track and this horse did well to finish third where he was placed throughout in a good Goodwood handicap.

The drop back to a mile isn't what I expected, but he may be ridden more positively from stall four and it's a stiff mile at that.

Golden Force is chasing a hat-trick for Charlie Fellowes, but is now 11lbs higher than his first win.

The big danger is Enigmatic who flew home to win well at Leicester last time out.

He looks ahead of his mark and could be worth a bet too.

James Doyle looks a good booking for the Parr yard and he only got a 5lbs raise for that win.

There's some real talented types in here and surely one or two – maybe more – will be seen in stakes races before the season is out.

That has to apply to MATTHEW FLINDERS who has improved rapidly in three starts for Ed Walker.

His Doncaster win worked out very nicely and he was dominant that day before turned over by Roberto Escobarr under a penalty.

That horse was deemed good enough to run in the Voltigeur next time out.

Walker's horse runs in a handicap for the first time off a mark of 90 and he could well be up to that.

Brian Meehan's Raaeq looked very exciting last season. That team will have higher hopes for him than races like this.

But he's best watched for now after such a long layoff. Keep an aye on any market moves.

Further down the betting, the other one I give a big shout to is Hughie Morrison's WITH RESPECT.

He's only run twice, once at two and once this season. His win at Newbury on debut was very smart and the form worked out well but he was turned over at Lingfield on his return, albeit in a decent heat.

A more galloping track will help him here as would the step up in trip you'd imagine.

Makram has a great chance off the back of his Ascot success with the Roger Chalrton team continuing to go well.

Bet £10 on first race at York Friday, get £5 free bet on all remaining races -CLAIM HERE

T&Cs: New customer offer, place a single £10 (or £5 e/w) Sports bet on the first race York Friday 21st August and get a £5 free bet for each of the subsequent races on the Card. Deposits using cards or Apple Pay only. Free bets are only valid for the specified race and are awarded when the qualifying bet has been settled. Free bet stakes not returned with winnings. T&Cs apply. 18+ Begambleaware.org

For a terrestrial TV race this really is scraping the barrel and I'll be keeping my powder dry.

If I was tied to a chair and forced to place to a bet I'd go with Richard Hannon's FROMNOWON.

She won at Windsor three starts back and if she returns to that level then there should be another pot in her off a mark of 72.

This won't take much winning and there is very little coming into it in form.

Three-year-old Queen's Course won last time out, but that was in a Class 6 and she's up 9lbs. She wouldn't be for me.

08/21/2020 Sport Comments Off on Sandown Races: Tips, racecards, odds and betting preview for Saturday's card live on ITV
Recent Posts
We and our partners use cookies on this site to improve our service, perform analytics, personalize advertising, measure advertising performance, and remember website preferences.Ok