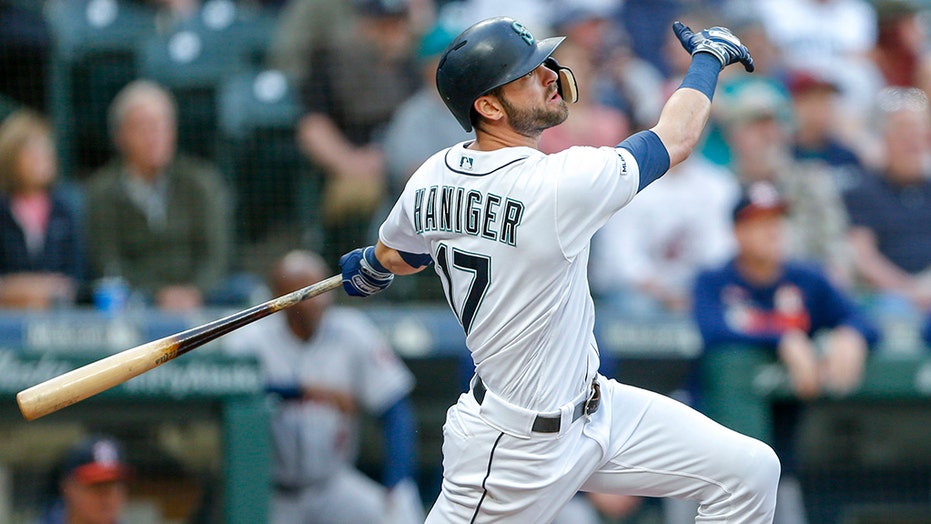 Seattle Mariners outfielder Mitch Haniger underwent surgery Friday after a foul ball to the groin resulted in a ruptured testicle.

Team manager Scott Servais announced that Haniger was placed on the 10-day injured list after sustaining a serious injury during Thursday’s game against the Houston Astros. He didn’t have a timetable for Haniger's recovery but said he doesn’t “imagine he's going to be doing anything for a couple weeks."

The 28-year-old outfielder sustained the unusual injury during the 3rd inning when a fouled fastball from Justin Verlander appeared to strike Haniger directly in the groin.

He was seen falling over before struggling to get up, using his bat for help. He remained in the game until the 7th inning.

The Mariners went on to lose Thursday’s night game, but the bigger loss may have been the number of players added to their growing injured list.

Eleven players are currently on the injured list, including Haniger. Braden Bishop landed on the injured list due to a lacerated spleen sustained when he was hit by a pitch in the minors. Bishop underwent surgery to repair his spleen and has been released from a local hospital.

"It doesn't do any good to get down about it," Servais said. "I know the team in the other dugout, they don't care. This isn't the league where you sit around and feel sorry for anybody else. Everyone has their own issues to deal with so we'll deal with it best we can."