TOTTENHAM fans begged Mauricio Pochettino to start himself in their Champions League final against Liverpool after he scored a worldie in training.

The Argentine was caught on video whipping a ferocious curler into the back of the net during Spurs' training in Madrid. 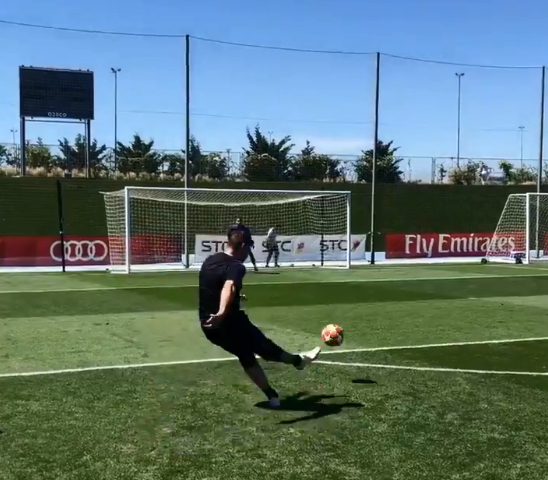 The squad have been in Madrid since Wednesday as they prepare for the biggest game in their history against Liverpool.

Despite declaring himself fit, there are doubts around Harry Kane's readiness for the big match given his recent injury woes.

And despite the presence of semi-final hero Lucas Moura, Spurs fans were clamouring for the inclusion of their boss after he showed off his skills.

Lining up a free-kick from classic Christian Eriksen range, the Argentine took aim and whipped a ferocious effort into the back of the net past a flailing keeper.

QPR women's player Samantha Miller jumped on the hype on Twitter when she posted the video alongside the caption: "Can Poch start himself in the final? #Spurs #ChampionsLeagueFinal."

User Coach Ali added: "Man like Poch," while @JDMalin said: "Subs himself on in the 90th minute! BOOM!"

Spurs face Liverpool in the Champions League final at the Wanda Metropolitano in Madrid tonight.

The game kicks off at 8pm UK time and is live on BT Sport 2. 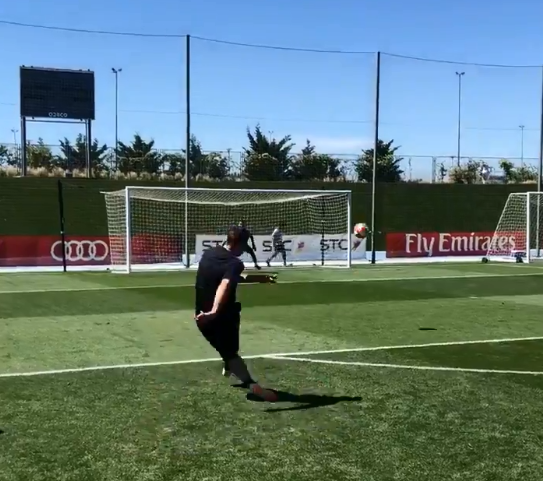