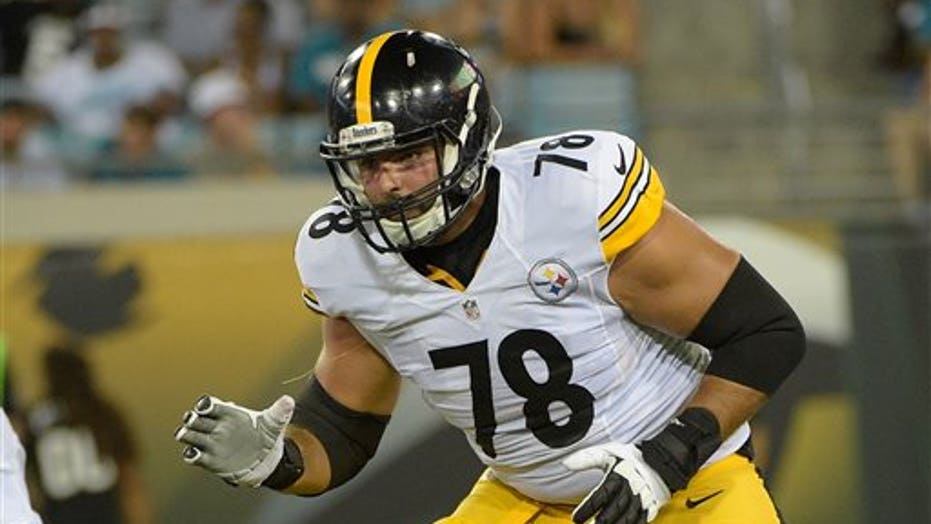 Pittsburgh Steelers offensive lineman Alejandro Villanueva said Monday his decision to wear the name of U.S. Army Sgt. 1st Class Alwyn Cashe on the back of his helmet over Antwon Rose Jr.’s name was “exclusively” about getting him a Medal of Honor.

Villanueva told reporters during his media availability that he received permission from coach Mike Tomlin prior to the first game of the season. He said he hopes Cashe gets the recognition “soon.”

“I felt like my decision to honor Sgt. 1st Class Alywn Cashe was something very personal to me due to the fact that in the veteran community there’s a strong push to get him a Medal of Honor, which is something that the community believes he deserves,” said Villanueva, who is a former Army Ranger.

“I’m very close to the veteran community, not only in Pittsburgh but also related to the three branches of the military. I think that the timing was perfect due to the fact that it gave the lawmakers a little bit of momentum going forward. The family has been waiting for 15 years to hear something from his chain of command and from Congress regarding the exception of his five-year statutory limit that could potentially get him the Medal of Honor. 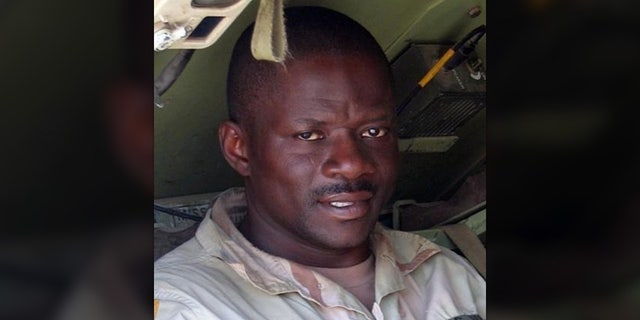 Lawmakers have pushed to get 1st Class Sgt. Alwyn Cashe a Medal of Honor.
(U.S. Army)

“I got permission from Coach Tomlin. To me, issues that matter to veterans are incredibly important. I feel like I don’t do enough as an American every day to enjoy my liberties that I feel very thankful to have the support of the veteran community and the background to appreciate the freedoms we all enjoy.”

Villanueva honored Cashe during Week 1 of the season, deviating from the rest of his teammates, who put Rose’s name on the back of their helmets.

Cashe died in 2005 after attempting to rescue fellow soldiers from a burning vehicle following a roadside bomb explosion in Samarra, Iraq, on Oct. 17, according to the Military Times. He suffered second- and third-degree burns over 70% of his body, eventually succumbing to those injuries on Nov. 5.

Rose was a 17-year-old Black teen who was shot and killed by a Pittsburgh police officer in 2018. Officers stopped the car he was riding in because it matched the description of one that was allegedly involved in a drive-by shooting. Officer Michael Rosfeld opened fire on Rose when he and another person in the car ran from police. Rose was shot three times.

An investigation later linked the vehicle to the shooting with the passenger in the incident pleading guilty to opening fire during the drive-by, according to the Pittsburgh Tribune-Review. Rosfeld faced charges in the shooting but was acquitted in a four-day trial.

The move by Villanueva angered the Rose family and caught some other players by surprise.

Maurkice Pouncey, who originally wore the Rose decal on his helmet, announced prior to the second week that he would make the change after researching the back story more.

Tomlin said earlier this month that Villanueva discussed his plan with him and that he supported his players no matter how they chose to express themselves, according to ESPN.