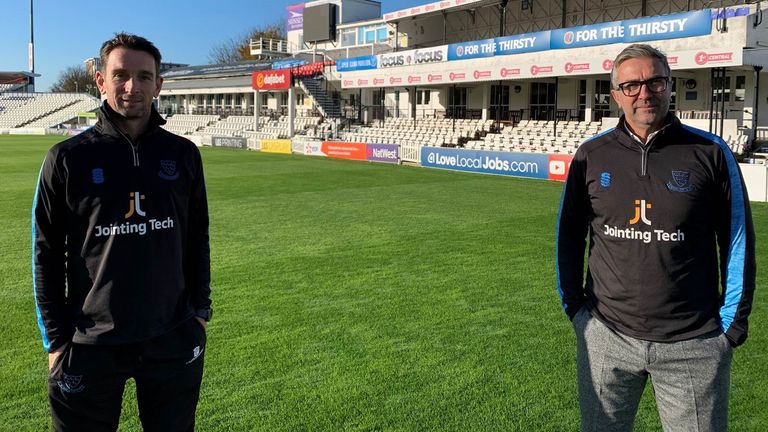 Sussex have announced they are splitting the role of men’s head coach for 2021 between Ian Salisbury and James Kirtley.

Between them, the pair made over 600 senior appearances and took nearly 1,500 wickets for Sussex and represented England a combined 35 times.

Prior to his roles with Sussex, Kirtley has been involved with coaching Namibia, England Women, England Physical Disability and Bede’s School.

Salisbury has also worked with England Women and the England Physical Disability squad – where he was head coach – as well as England U17s and U19s and Berkshire.

Sussex chief executive Rob Andrew explained the strategy behind the decision, saying: “As we head into the winter with so much uncertainty, we wanted to give clarity to everyone involved with the club.

“Ian and James have worked well together both here and elsewhere, are passionate about the club and have a clear vision for all formats.

“The county game will evolve further next year with the launch of The Hundred, and this is a move taken with that in mind.”

11/07/2020 Sport Comments Off on Sussex split head coach role between Ian Salisbury and James Kirtley for 2021 season
Recent Posts
We and our partners use cookies on this site to improve our service, perform analytics, personalize advertising, measure advertising performance, and remember website preferences.Ok