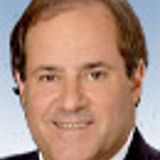 Since October 1979, ESPN’s Chris Berman has become one of America’s most respected, popular and beloved sportscasters of his era. A six-time National Sportscaster of the Year, Berman’s shows have won eight Emmy Awards and 12 CableACEs.

Chris Berman is back for his Swami Sez NFL pick for Super Bowl LV between the Kansas City Chiefs and Tampa Bay Buccaneers on Sunday.

Needless to say, the storylines are as juicy as they come for this 55th edition of the Super Bowl. My favorite is that Patrick Mahomes and the Chiefs are trying to repeat as champs and join that exclusive club, and the guy guarding the castle to make sure they don’t go through is the last guy to do it, the GOAT himself, Tom Brady, with the 2003-04 New England Patriots.

Brady being here for the 10th time — we’ll probably never see that again, unless it happens to involve the guy he is playing against. This game is the past and present standard-bearer against the present and possible future standard-bearer of the best quarterbacks to ever play the game.

When you look at the Chiefs, this is a team with talent unquestioned. In the two playoff games this year, Travis Kelce and Tyreek Hill have approximately 40 catches and 400 yards combined — that’s ridiculous. On top of the talent, this is a team that has fun playing, which comes from their head coach, Andy Reid. Sometimes this season, they had so much fun doing it that they took the foot off the gas and, like in the earlier win over Tampa, could’ve won by over 20 points but instead had to kill clock up by three.

Until the Buffalo game, the Chiefs hadn’t played a full 60-minute game since early November. If they can do that again, play all 60 minutes, then I believe it might be too much for Tampa Bay to handle — despite the magic of the great one himself, Tom Brady.

Tampa Bay, with the pass-catching core of Chris Godwin, Mike Evans and Rob Gronkowski, is one of the few teams that has about as many headliners as the Chiefs. Add to that, you have Leonard Fournette, who ran the best he had all year vs. the Green Bay Packers in the NFC Championship Game, an added dynamic that gives the offense a feeling that maybe — just maybe — it can trade points with the Chiefs, which very few teams can say they can. The Bucs could.

The loss to the Chiefs during Thanksgiving weekend put the Bucs at 7-5 entering the last bye of the season. For a veteran team to have a bye that late in the season was perfect, and it responded. I said it on Primetime, this will the most important bye of all 32 teams. Lo and behold, Swami got it right. The Bucs haven’t lost since. The new parts jelled and the team put it all together. You don’t normally get to rest in Week 13, and that paid off. That can’t be overlooked.

K.C. has three difference-makers on defense in Chris Jones, Frank Clark and the Honey Badger, Tyrann Mathieu. Can they put enough pressure on Brady to make him feel a bit uneasy? I am going to be looking to see if they do in the first quarter, which could set the tone for the game. If Brady is comfortable, the Bucs can trade points with the Chiefs. But do not underestimate defensive coordinator Steve Spagnuolo, whose timing of when to send a linebacker or cornerback can be perfect. He already beat Brady in a Super Bowl once. He can keep you off balance.

Tampa Bay’s front seven is very good. Jason Pierre-Paul had a heck of year, and linebackers Devin White and Shaq Barrett are going up against a team without their two starting tackles. Ndamukong Suh and Lavonte David can also play big. Will the Bucs’ front seven be able to dictate the game on its own? The Chiefs have to feel that if Mahomes gets some time, they can beat the secondary, as they did in the first game.

One other season-long observation: Just as the Bucs’ late bye was what the doctor ordered, the Chiefs got an unexpected break too. Sure, they were the preseason favorites to repeat and draw plenty of attention, but that early loss to the Las Vegas Raiders was a blessing in disguise. All of the talk of going undefeated went to the Pittsburgh Steelers, who started 11-0. Add to it Brady being in another Super Bowl, and that’s at least as big of a storyline as the Chiefs trying to repeat. A little less spotlight than expected never hurts.

In this first Super Bowl played in a conference champion’s home stadium, if the Bucs come running out of the locker room 30 minutes before kickoff in the Creamsicle uniforms, it’s all over … Tampa wins and Tom gets his seventh ring. But they are not allowed to, even if they wanted to. Seeing this won’t happen, I’m going with the champs to repeat, and Andy Reid and his team will join that elite repeat group. You know them: the Packers, Dolphins, Steelers (twice), Niners, Cowboys, Broncos and Tom’s Patriots. Each decade has had at least one repeat champ — in the ’60s, ’70s, ’80s, ’90s and 2000s. Then the Chiefs won it in 2019, so we’ll call it back-to-back in that decade as well, and the trend continues.