TAMMY ABRAHAM was left unimpressed after being forced to sing a Backstreet Boys tune for losing a Chelsea training game – thanks to VAR.

The Blues' video analysts were called in to adjudicate after a competitive-but-fun match was contested by the two sets of players. 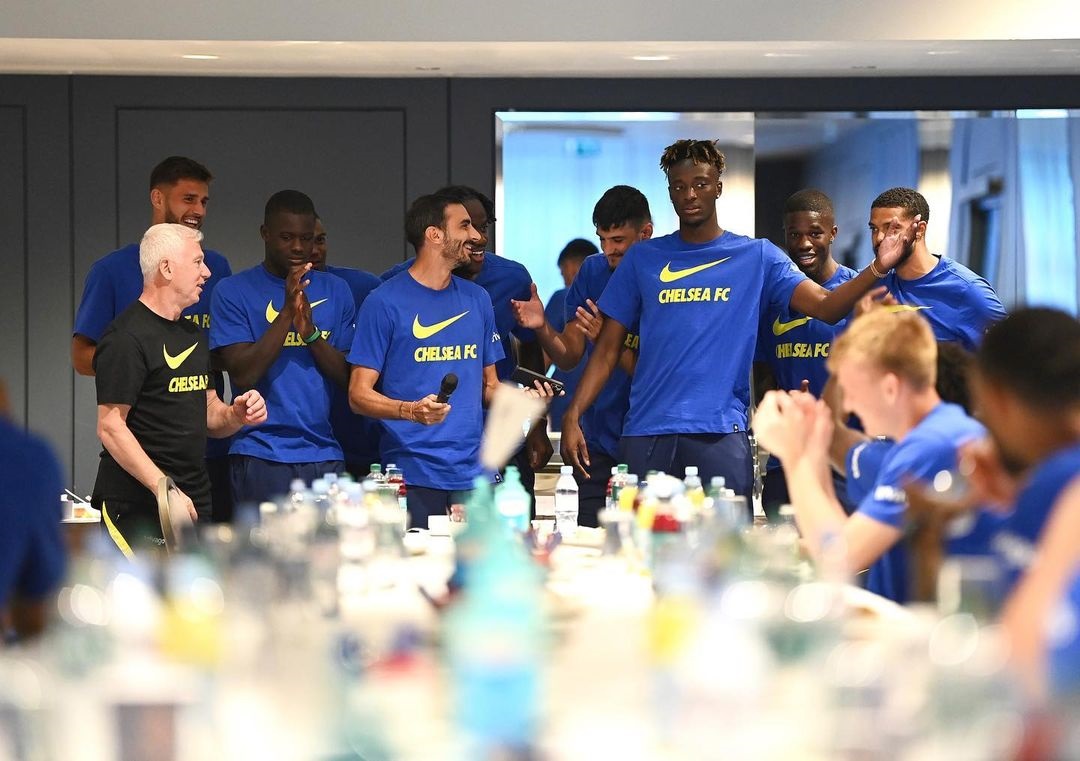 A clip released on the club website showed Thomas Tuchel telling his stars that the losing team in a heading drill would have to belt out a pop hit before that night's dinner.

With the winner being the first to five goals, the game began and hilarious mayhem ensued.

It was clear that Abraham, 23, was irked after skewing his header off-target and being unable to jump immediately into goal, as the rules demanded.

The forward later raised with Ross Barkley that his opponent had taken his shot before allowing him to get in position.

And when Abraham's opponents thought they had made it five, they ran off celebrating amid protests from the other side.

A VAR check via the Chelsea analysts confirmed the victory and the winning team, featuring the likes of Marcos Alonso, Lewis Baker, Hakim Ziyech and Conor Gallagher celebrated.

It meant the losers were forced to sing later that evening, with Davide Zappacosta among those belting out the boy band's hits – and Abraham not looking too pleased amid his sense of injustice.

Ruben Loftus-Cheek explained: "The first to five won and the other team to mine won the first round, fair enough.

"Then we won the other round so it was all-square, so the next game wins it.

"I was sure we then scored five, I was counting, but others said that was a mistake.

"[Callum Hudson-Odoi] said he was not sure, and he did not really celebrate, but the rest of us all went off celebrating before it was, 'Hold on, hold on, let’s have a VAR check'.

"When it went to VAR and they said it was five, we went nuts!"