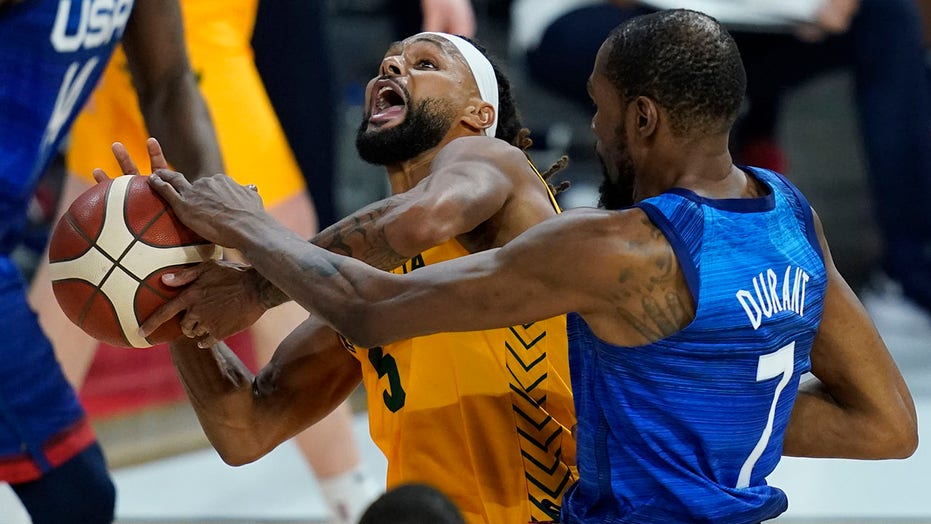 Team USA men’s basketball suffered another Olympics tune-up loss with days to go before the team is set to compete for a gold medal in Tokyo.

Damian Lillard led the U.S. with 22 points and Kevin Durant added 17 points and four rebounds. The U.S. had a nine-point lead at halftime, but it was Australia’s Patty Mills who came up clutch in the fourth quarter.

Mills had 10 of his 22 points in the fourth quarter and helped the Boomers pick up the victory. Joe Ingles added 17 points and Matisse Thybulle had 12 points.

For the U.S., it’s the second consecutive head-scratching loss. The team is No. 1 in the FIBA rankings and Australia is No. 3.

The team dropped its first exhibition matchup against a tough Nigeria team on Saturday.

The U.S. will play Argentina on Tuesday night and will face Australia again on Friday night. The team finishes its warm-up schedule on Sunday against Spain.

The Olympics open on July 23.