IF playing with a certain Tiger isn't intimidating enough, then imagine a wild one roaming the golf course.

It is not uncommon to see nature's prey stalking the greens and fairways particularly in Florida and South Africa. 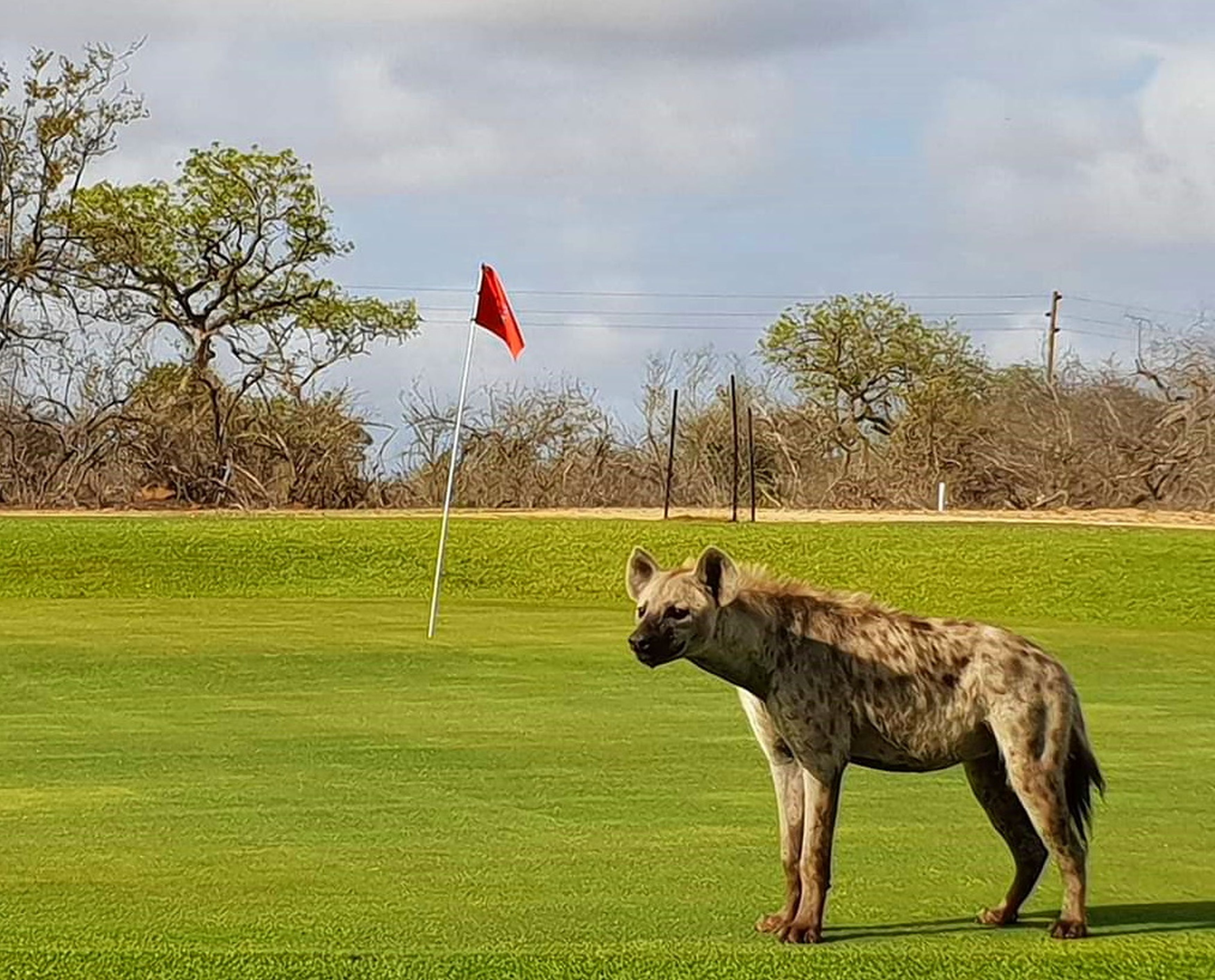 And while they include hyenas and elephants, sometimes it is the less conspicuous ones to watch out for…

Golfers left stunned in Florida when a huge alligator casually strolled across the course.

It is so big it has been dubbed 'Godzilla' by social media users.

The incident happened at Valencia Golf and Country Club and surely can't be far off the biggest ever Gator captured in Florida which was an eyewatering 5.31 metres long. 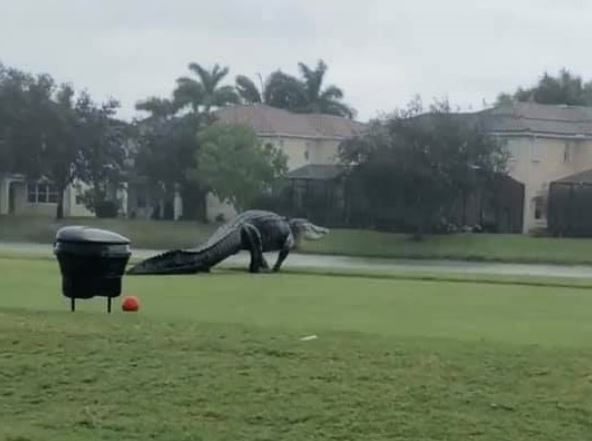 One amazing image shows a hyena taking a stroll after devouring a baboon.

Warthogs are also known to make their presence known. 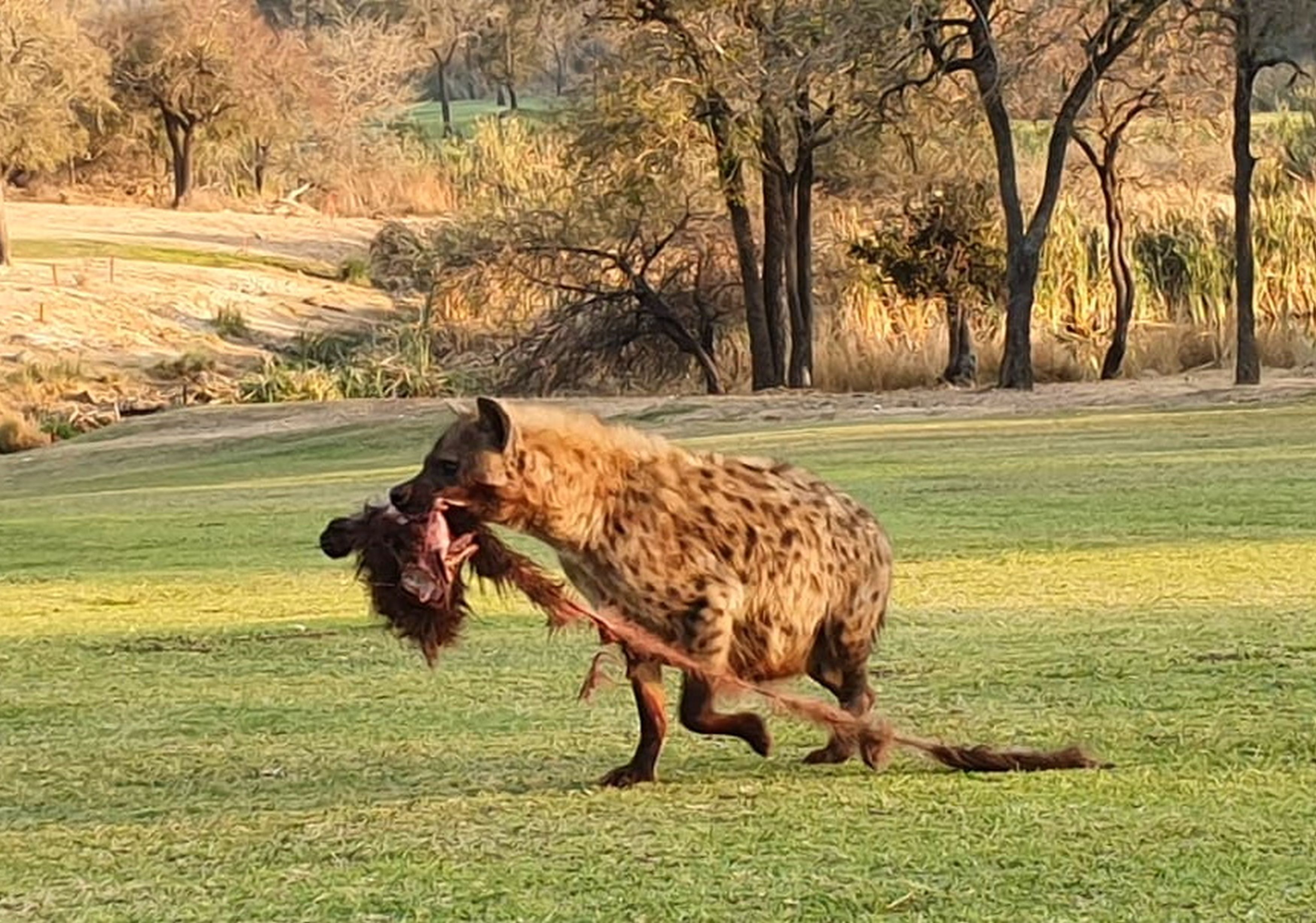 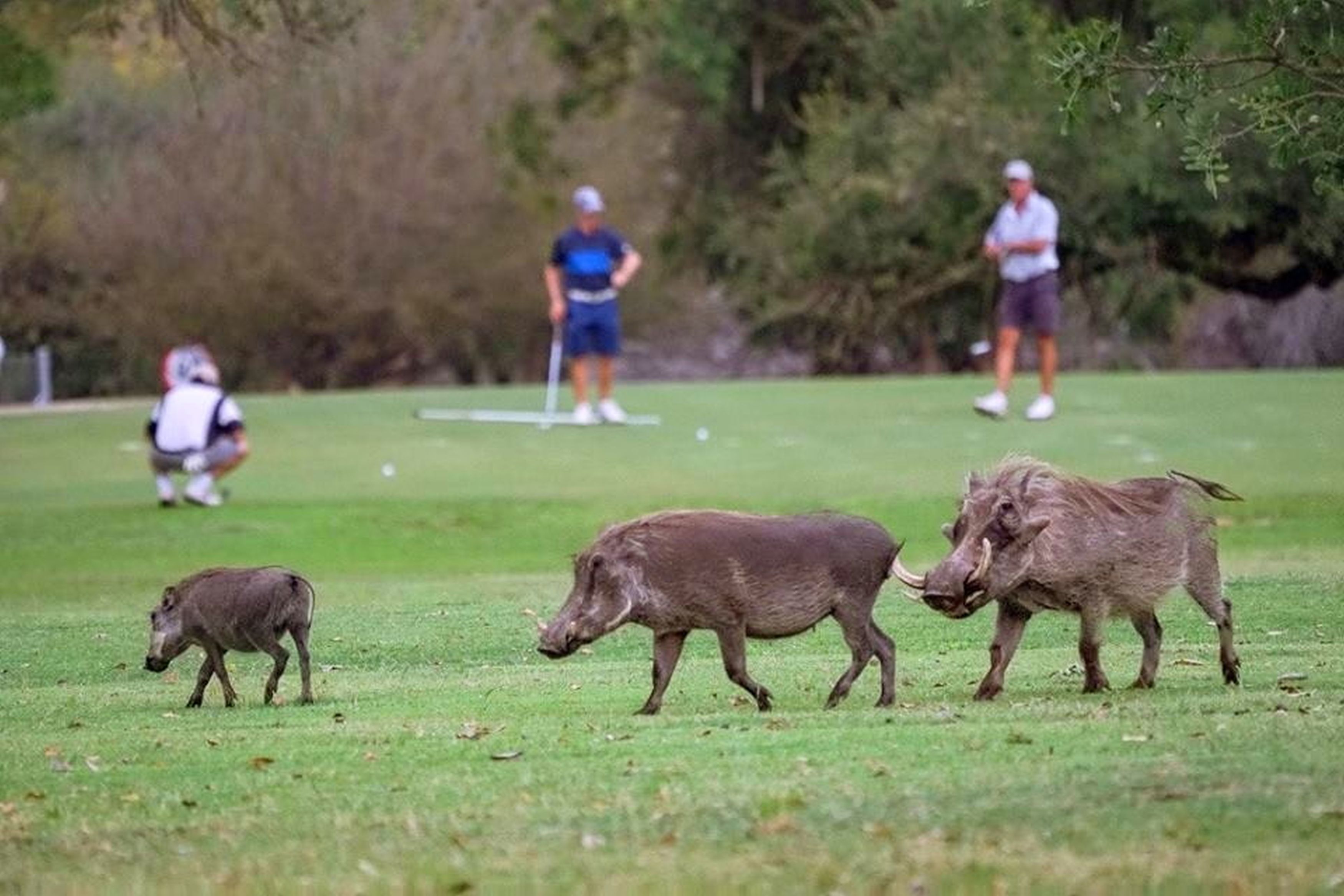 Last year Tommy Fleetwood found himself under ‘attack’ from the local wildlife in South Africa – as a family of mongooses started playing footie with his golf ball.

They charged at Fleetwood’s ball after it landed in front of them on the 14th fairway, during the first round of the Nedbank Challenge in Sun City.

Fleetwood joked: “Anyone know the rule for a mongoose attack on your golf ball? Got to love Sun City!” 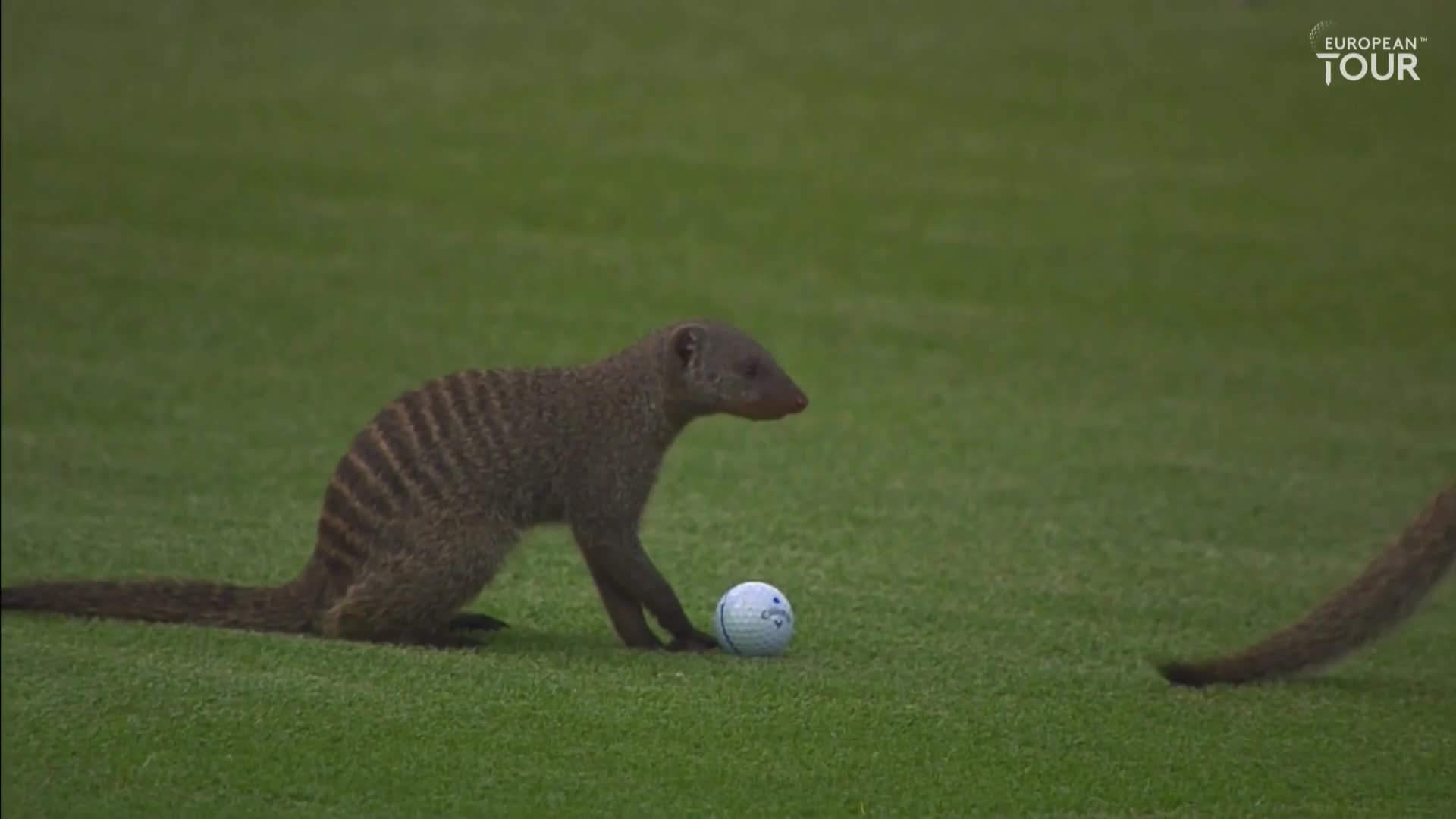 Brit's Luke Donald shot a brilliant nine-under at the Nedbank Golf Challenge in 2015.

But the talking point was an encounter with a baboon.

After seeing the mammal in the corner of his eye, he leaped out of the way and the baboon showed no hesitation playing through. 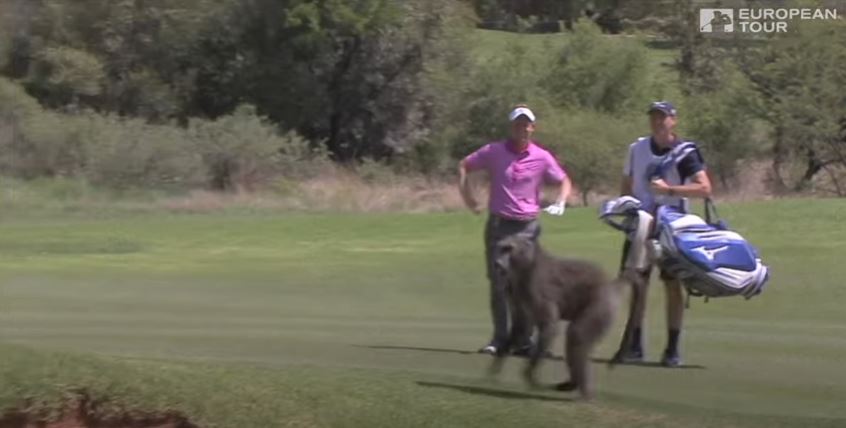 The amazing footage below is captured at the PGA West course, La Quinta, California.

It shows a wild Bighorn sheep trotting across the course and although it is rare they attack humans, it does happen.

Back to South Africa again where elephants fight their own territory from the hyenas.

You wouldn't want to go long on this hole where a herd are waiting patiently at the Skukuza Golf Club. 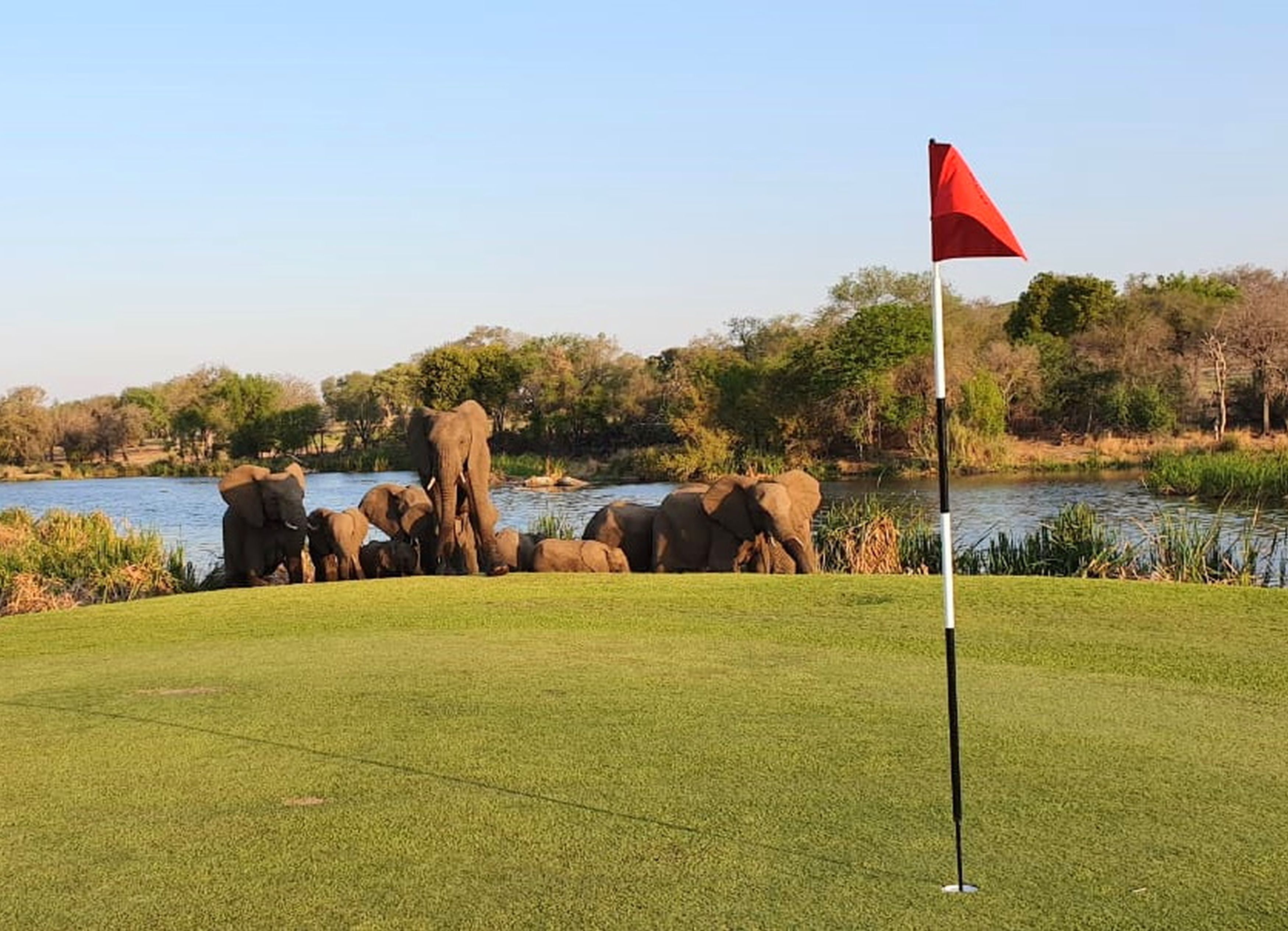 A curious Iguana got a little too involved at the 2014 Puerto Rico Open.

At the 16th, it started playing with Andrew Loupe's ball, moving it a foot before sprinting off into the distance.

A group of amateur golfers got the fright of their lives when their leisurely round was rudely interrupted – by a HUGE python.

The gigantic snake invaded the fairway before slithering into a bunker on the course in Zimbali in South Africa.

It turns out the giant reptile is a regular feature at the east coast course just north of Durban. 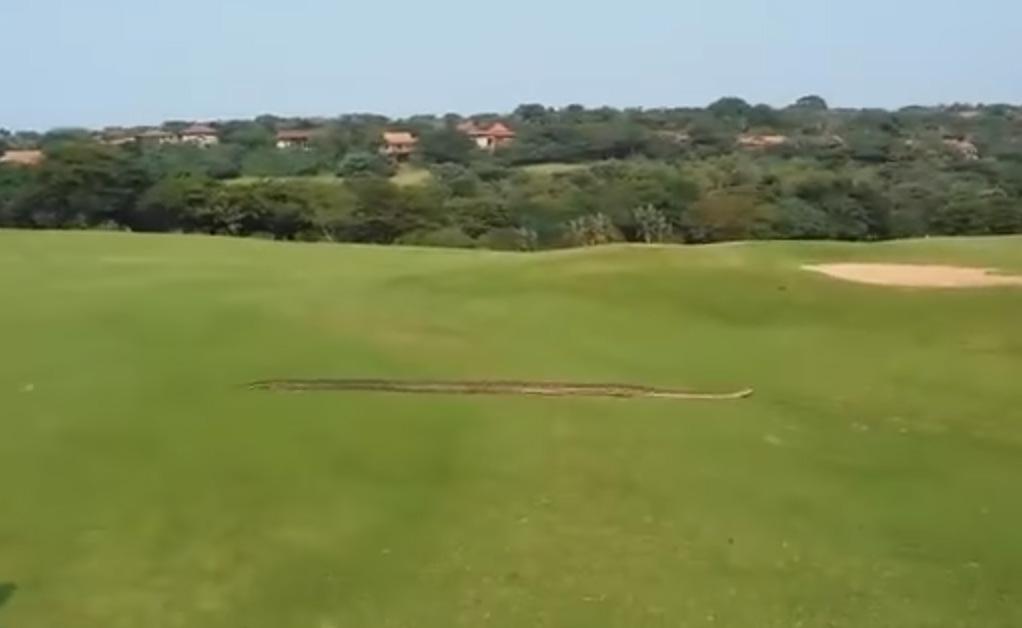 There was more than one reason to avoid the trees at the Alfred Dunhill tournament in 2014.

That is because a leopard was hiding in the branches devouring a rather large kill. 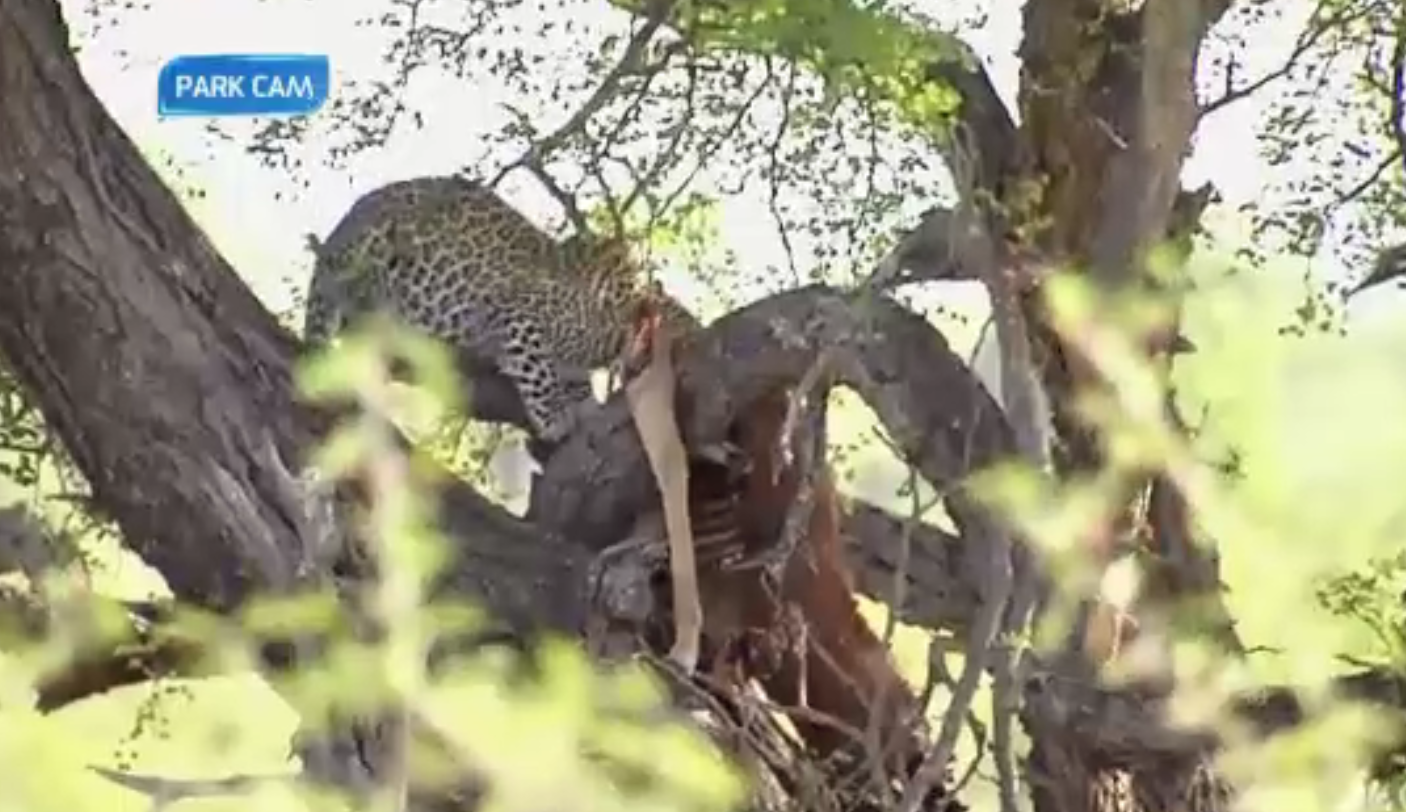 Now a goose isn't the most exotic of animals but when it starts attacking players it becomes a real problem.

Incredible, yet hilarious pictures emerged showing the winged beast in flight, knocking over a young player while he runs away from his winged attacker in 2018. 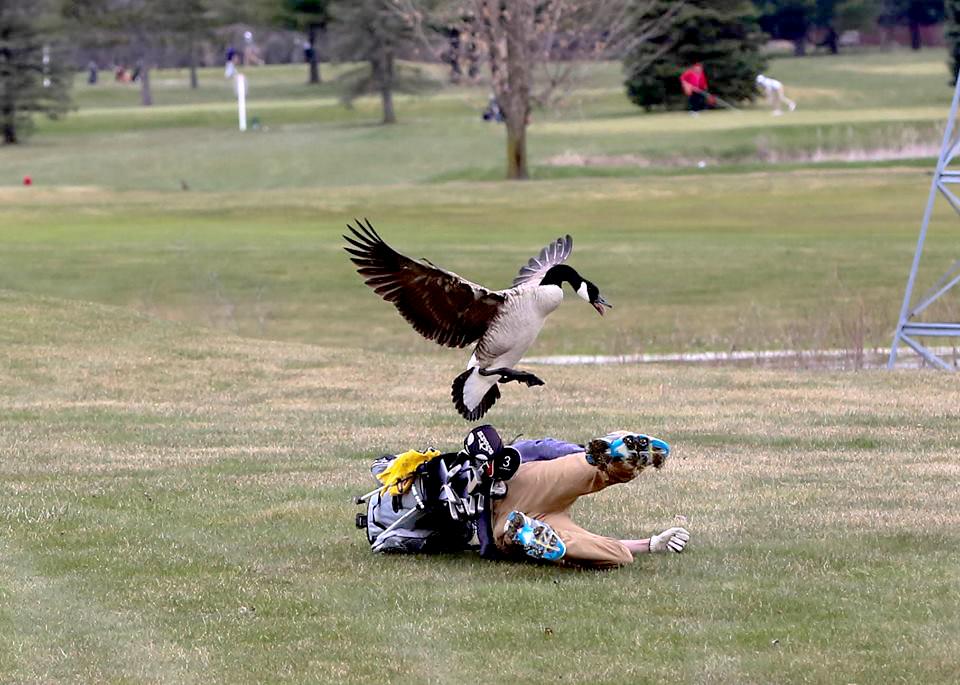 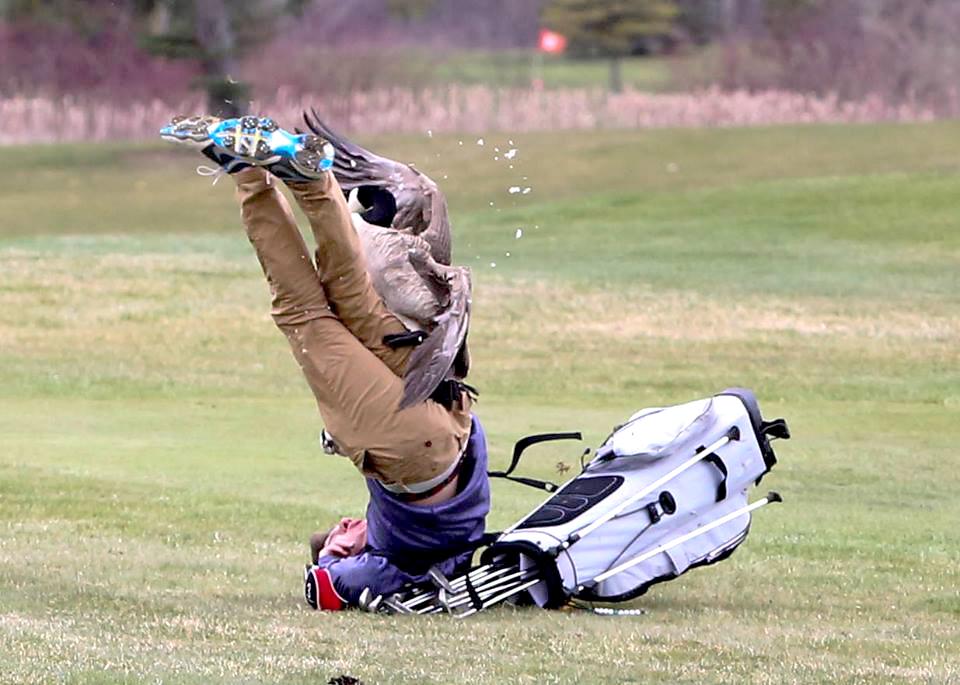 11/13/2020 Sport Comments Off on Ten times animals invaded golf courses from 'Godzilla' alligator to elephants, baboons and cheeky family of mongooses
Recent Posts
We and our partners use cookies on this site to improve our service, perform analytics, personalize advertising, measure advertising performance, and remember website preferences.Ok