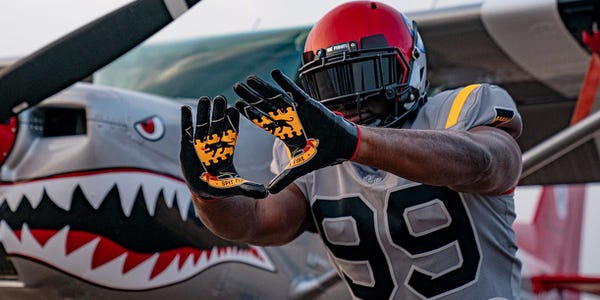 When the Air Force Academy takes on Navy on October 3, they will debut new uniforms that honor the Tuskegee Airmen.

The Tuskegee Airmen were a group of Black pilots who flew in the U.S. Army Air Corps during World War II. Trained in Tuskegee, Alabama, they were the only Black fighter group, and were designated with red planes that became known as the Red Tails. They flew over 15,000 missions, earned 96 Distinguished Flying Crosses and three Distinguished Unit Citations, and were credited with influencing the decision to desegregate the army.

Check out photos of the new uniforms below.

The uniforms are grey with black lettering. The yellow stripes on the shoulders mirror the wings of the P-51 Mustang. 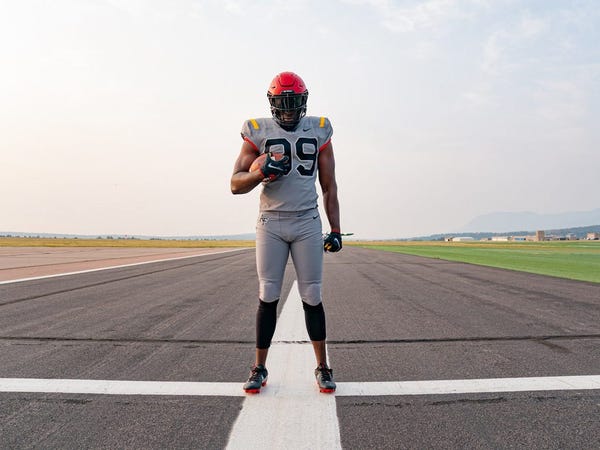 The shoulders have the spitfire patch, while the pants have CIC trophies along the seams to honor Air Force wins over Navy and Army. 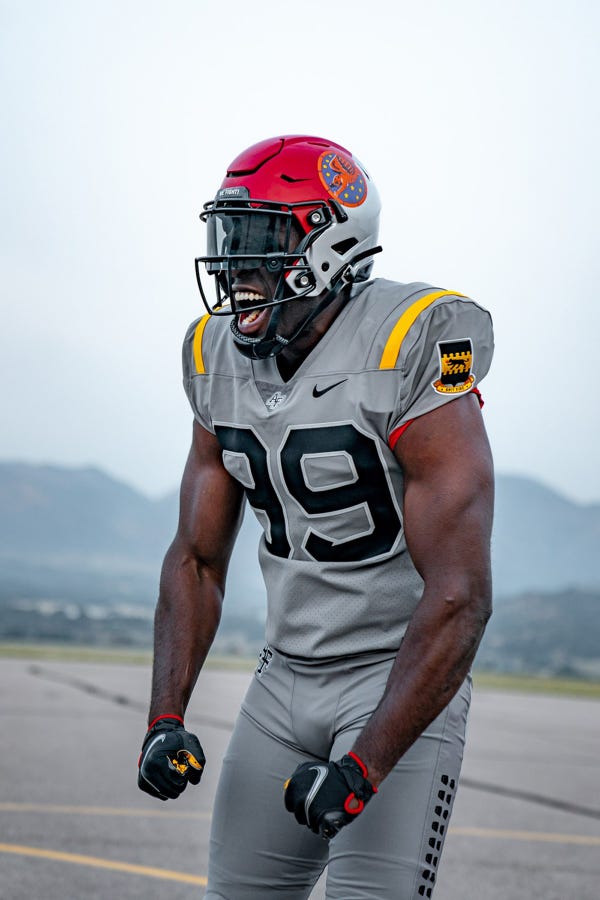 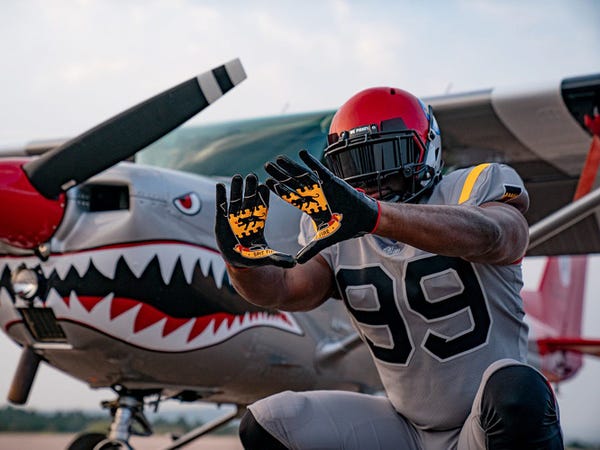 The back name plate honors the nickname of the Tuskegee Airmen. 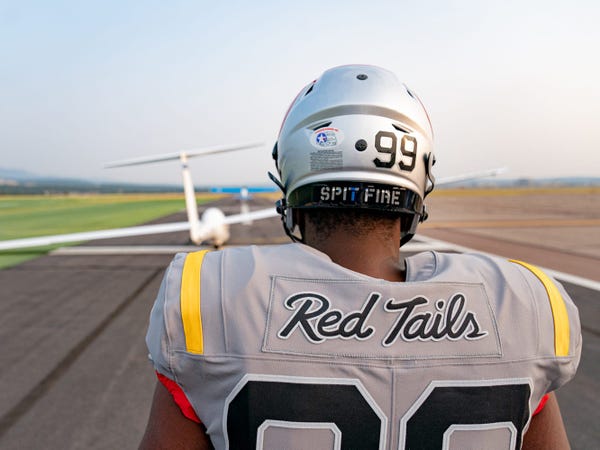 The helmets have the four patches of the 99th, 100th, 301st, and 302nd squadrons occupied by the Tuskegee Airmen. 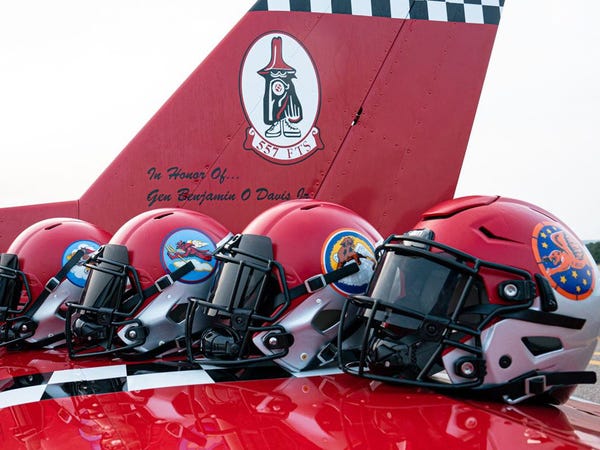 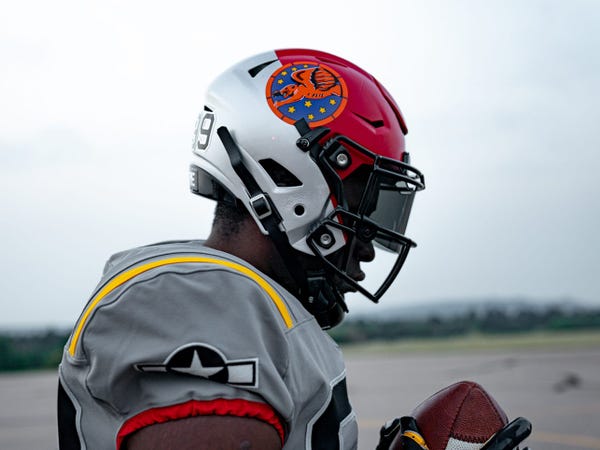 Now, check out some of the best kits of the Premier League… 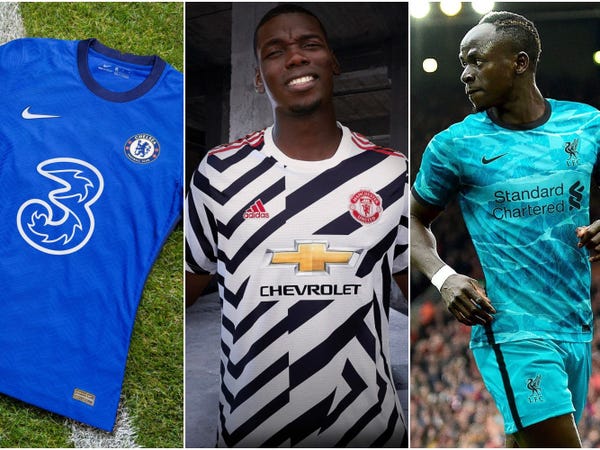