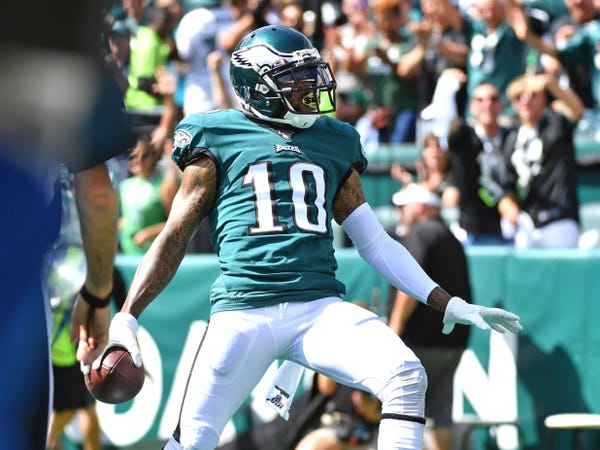 Football season kicks off in full this Sunday, much to the delight of fantasy football players around the world.

While most fantasy enthusiasts have settled their drafts already, those that take part in daily fantasy leagues like DraftKings and FanDuel are still toiling away to set the perfect lineup before kickoff.

Daily fantasy is all about finding value. With a limited budget at your disposal, the most important part of building your lineup is finding players who are cheap to add but could put up a big performance that pays off beyond their listed price. If you can find enough value in players with lower costs, you'll have more budget to spend elsewhere in your lineup to load up on studs.

With this in mind, below are some potential value plays for Week 1 daily fantasy players. 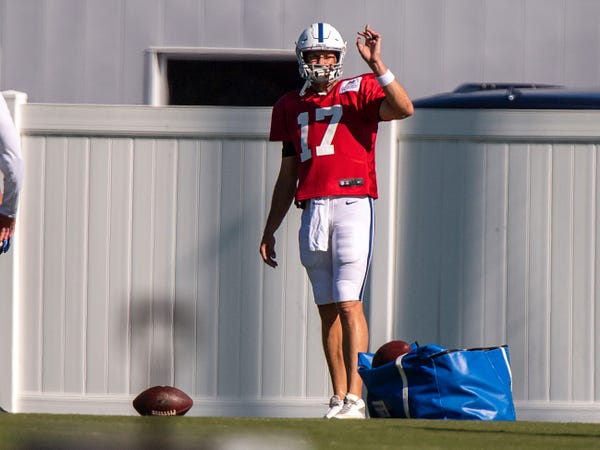 Rivers makes his debut with the Indianapolis Colts against a Jacksonville Jaguars defense that no one expects much from this year.

Rivers knows how to get off to a hot start — he has thrown for more than 757 yards, six touchdowns, and just two interceptions in his past two season openers. 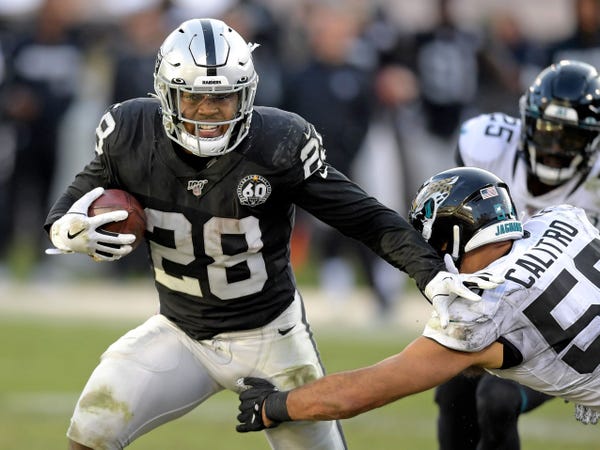 At $6,800, Jacobs isn't as cheap a "value" play as one might normally look for, but given the opportunity the Raiders running back has this weekend, he's worth putting in your lineup.

The Carolina Panthers had one of the worst rushing defenses in the league last year, and with a new coaching staff in place, they'll likely have a few kinks to work out in the opening game. 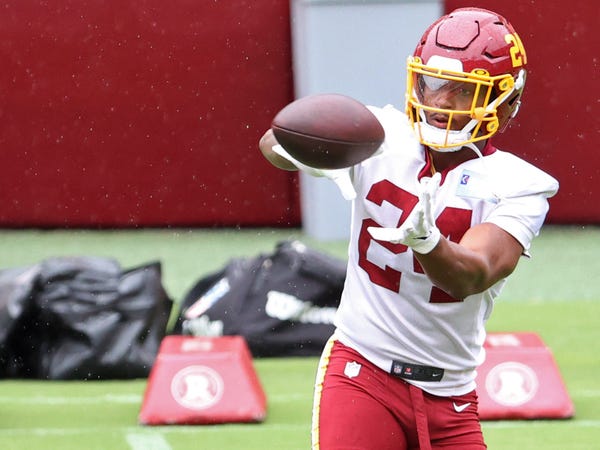 Given that we've never seen Gibson on an NFL field before, taking the Washington running back is something of a risk. That said, Washington was confident enough in Gibson's abilities to let veteran running back Adrian Peterson go, so he seems destined to become a big part of the team's game plan.

If he comes through with a big game this week, there's a chance you'll never get him at this price again. 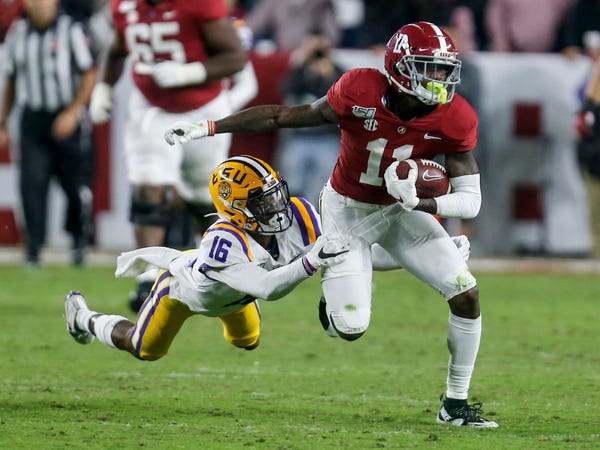 Raiders head coach Jon Gruden loves to play with his new toys, and speedy rookie Henry Ruggs III is the most exciting prospect he's added to the roster since taking over the team.

Gruden has likely already drawn up at least a couple of plays designed specifically to set Ruggs up for a long touchdown. Hopefully they can connect. 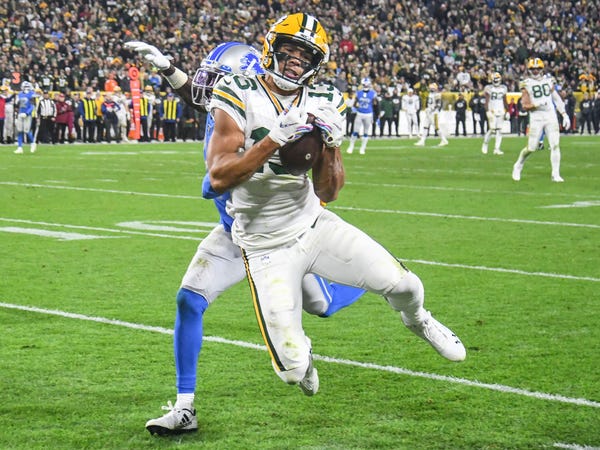 Aaron Rodgers doesn't have many weapons in Green Bay, so he'll have to use the ones at his disposal. Rodgers is close with Lazard, and he leaned on the young receiver more and more as the 2019 season went on. Should that relationship continue to grow, Lazard could be a huge part of the Packers offense this year.

Jackson's 2019 season was spoiled by injury, but he was able to compete in full health in one game: the Eagles' season opener against Washington. In that game, Jackson finished with eight receptions for 154 yards and two touchdowns to help lead the Eagles to a comeback win.

With Philadelphia still dealing with some injuries at wide receiver, look for Jackson to have a repeat performance of his big game last year. 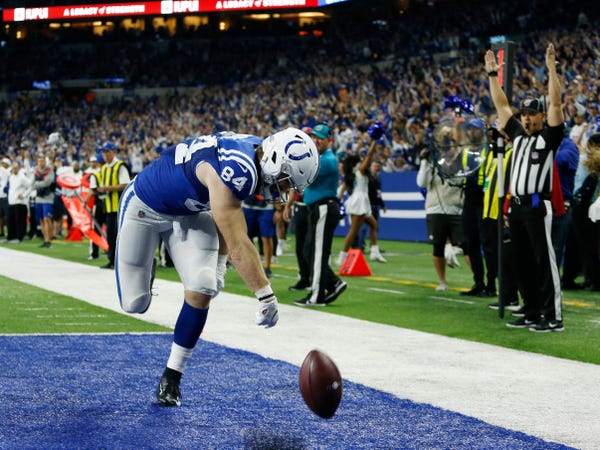 If Phillip Rivers is going to have a big game for the Colts, he'll have to throw his touchdowns to someone, and Doyle feels like the perfect target in the new offense.

It would be understandable to splurge on one of the premier tight ends that cost a bit more, but if you find yourself short on dollars while filling out your lineup, Doyle is a value pick and could find the end zone. 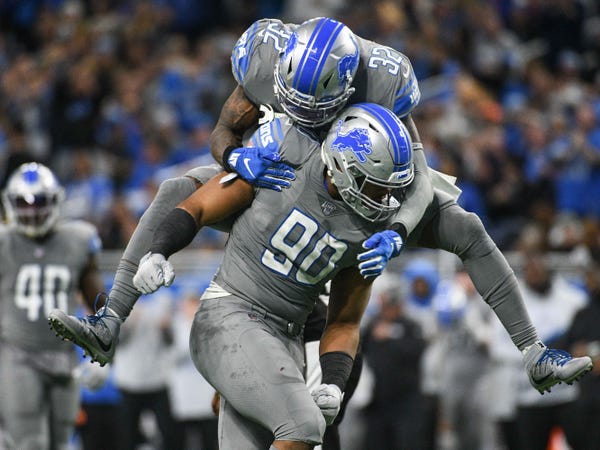 If you want to pay the extra money to get the Bills defense in your lineup, we wouldn't blame you. But if you need that money for other positions in your lineup, the Detroit Lions defense is facing Mitch Trubisky in what should be an ugly game.

09/11/2020 Sport Comments Off on The best value plays in your DraftKings lineup for Week 1 of the NFL season
Recent Posts
We and our partners use cookies on this site to improve our service, perform analytics, personalize advertising, measure advertising performance, and remember website preferences.Ok