Liam Livingstone once again took centre stage as he crunched his second fifty of the tournament off just 50 balls, helping Birmingham Phoenix to 166 off 100 balls.

Livingstone – skipper in the absence of Moeen Ali – was supported by a gem of a cameo from Miles Hammond, whose unbeaten 38 came off 20 balls.

Steven Mullaney (49 off 33 balls) ensured the match went deep despite a masterclass in death bowling from Pat Brown (3-27), who denied the batsman a fifty thanks to a marvellous boundary catch by Tom Helm – Rockets closing on 150, their highest score of the tournament.

Brilliant catch from Helm in the deep sends Mullaney back for 49! #TrentRockets 🟡 #BirminghamPhoenix 🟠 #TheHundred 💯

His super summer continues – it has been quite a blast for Liam Livingstone, both for England and the Phoenix and, while there were some brilliant bowling displays out there, it is the skipper who gets the nod for top scoring in the match and paving the way for a 16-run win. 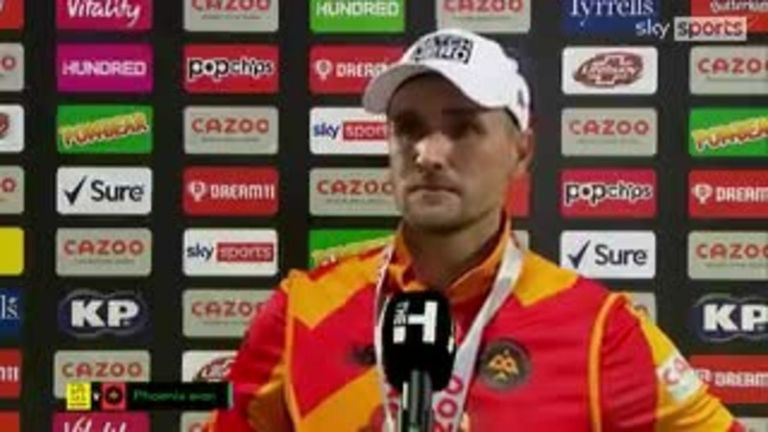 YOU HAVE TO SEE THIS!

Big-hitter Livingstone launched Matthew Carter into the stands – where a fan took a stunning catch!

Livingstone and Allen are in the mood tonight!#TrentRockets 🟡 #BirminghamPhoenix 🟠 #TheHundred 💯

But that grab was not a patch on the one from Mullaney which removed Livingstone. The ball seemed to be heading over the rope at long off only for Mullaney to grab it just inside; as his momentum took him over the rope he threw the ball up in the air before stepping back into play to complete the take. 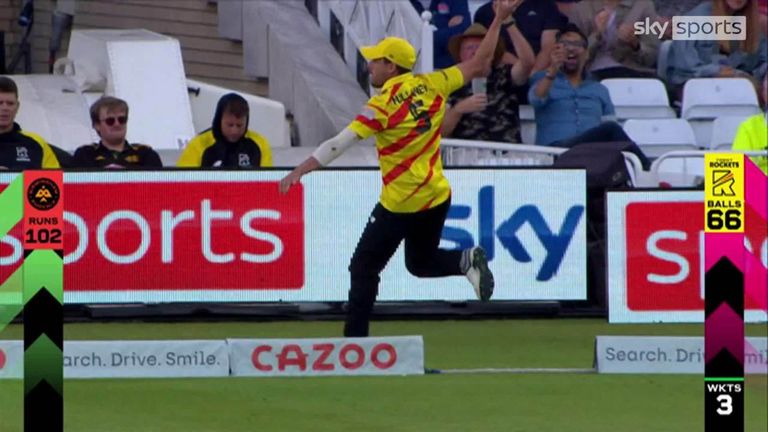 Liam Livingstone: “That was carnage at times, trying to shout at people while the crowd was so noisy. It’s a brilliant win. I thought it was a great team effort. I thought the bowlers were fantastic, especially Pat Brown who bowled 10 balls at the end. It’s always difficult taking over from Mo! He’s so chilled out and I tried to be until it started getting a bit tense!”

The men’s tournament continues on Saturday with a London derby as the Oval Invincibles entertain London Spirit in a re-run of the opening match of the men’s competition in The Hundred! You can watch it live on Sky Sports Mix from 6.30pm.

Watch The Hundred live on Sky Sports between now and August 21.

08/13/2021 Sport Comments Off on The Hundred: Liam Livingstone fifty lifts Birmingham Phoenix to top of table with win over Trent Rockets
Recent Posts