Phoenix were adrift at the foot of the table heading into Monday’s clash, but Verma’s unbeaten 76 from 42 balls catapults them up to fifth, as they registered their first victory on home soil at the fourth and final attempt…

STORY OF THE MATCH

Welsh Fire appeared poised to post a formidable total following a blistering powerplay. Bryony Smith (38 off 34) exploited an early reprieve to provide the impetus, and Hayley Matthews (13 off 11) crashed back-to-back boundaries as the visitors raced to 36-0 off 25.

The Fire’s momentum was halted briefly when the introduction of Abtaha Maqsood (1-32) led to Matthews’ demise, although the trio of Smith, Georgia Redmayne (17) and Sarah Taylor (16) continued to score with fluency.

However, Taylor’s departure sparked a dramatic batting collapse, and an impressive fielding display from Phoenix saw them claim five wickets for just 14 runs, to restrict Welsh Fire to 127 in an action-packed conclusion to the innings. 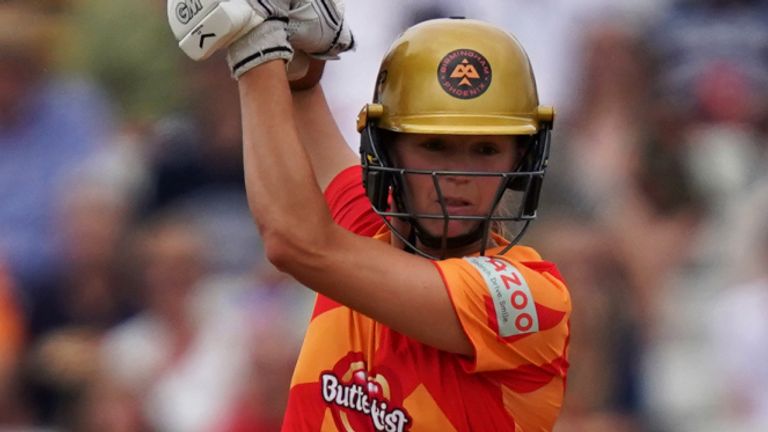 Emily Arlott impressed with 1-13 off her 15; Erin Burns (1-19 off 20) took a wonderful reflex catch to account for her compatriot Redmayne, before Kirstie Gordon (2-30) claimed two late wickets as Phoenix finished with a flourish.

Verma and Jones shattered a host of records in their remarkable partnership, posting the highest powerplay total in the women’s tournament so far courtesy of Verma’s heroics.

Play was halted following a brief rain shower, although Phoenix were firmly in control at 86-0 off 46 deliveries, with Verma unbeaten on 61.

Following the resumption, Jones grasped the initiative and produced some glorious strokes to bring up her half-century, before Verma unleashed another trademark blow through mid-wicket, to wrap up victory with 24 balls to spare. 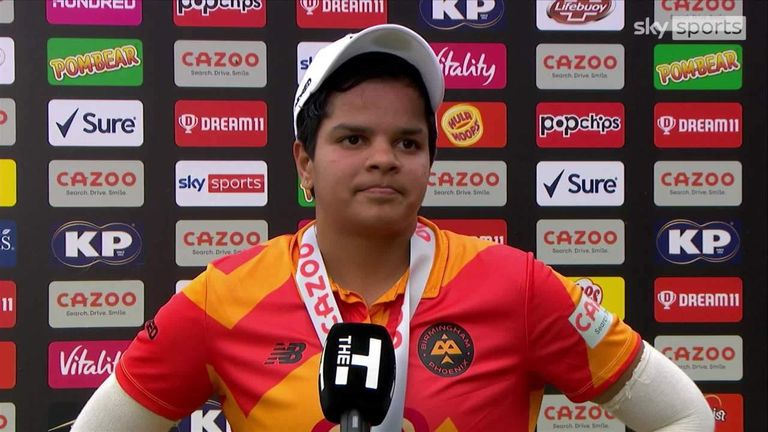 It’s easy to forget that Shafali Verma is just 17-years-old. She showcased her prodigious talent throughout India’s tour of England earlier this summer, but following a subdued start to The Hundred, she came alive with a majestic knock at Edgbaston.

The enigmatic teenager had amassed 71 runs in her previous five innings for the Phoenix, but she doubled her tally in a sensational 42-ball knock, registering nine fours and two sixes.

Verma’s blistering start to proceedings took the game away from Welsh Fire’s beleaguered bowling attack, and she unselfishly decelerated in the closing stages, enabling her opening partner Jones to register her first half-century of the competition.

Wonderful work from the Phoenix captain, and Sarah Taylor has to go!#BirminghamPhoenix 🟠 | #WelshFire 🔴 | #TheHundred 💯

Welsh Fire were threatening to inflict serious damage on the hosts with Sarah Taylor going strongly in the first innings, only for Amy Jones to produce a wonderful piece of wicket-keeping to account for her England predecessor.

Taylor advanced down the wicket to an over-pitched delivery from Eve Jones, but Amy Jones displayed lightning-quick hands to dismiss her opposite number, which arguably shifted the pendulum in Phoenix’s favour.

It is a must-win game for both sides in the women’s competition. Despite claiming their first win with victory over table-topping Southern Brave, the Originals occupy seventh spot, while Spirit sit sixth, having ended a run of three straight defeats in their last outing.

In the men’s competition, Eoin Morgan’s Spirit are still searching for their first win following a miserable campaign, while the Originals can draw level with table-topping Trent Rockets if they prevail on home soil.

Watch The Hundred live on Sky Sports between now and August 21.