The 2019 Women’s World Cup has begun, and it marks 20 years since thenew era of women’s soccer began.

Over a month of competition, 552 players representing 24 countries will hit the pitch for 52 matches. That’s double the number of countries since the inaugural Women’s World Cup in 1991 in China.

The USA and France lead the way as favorites for the tournament with the USA being defending champions, and France having home advantage, but it takes more than that to win these matchups and be crowned champion.

Below we take you through the one player that can be the gamechanger for each country. 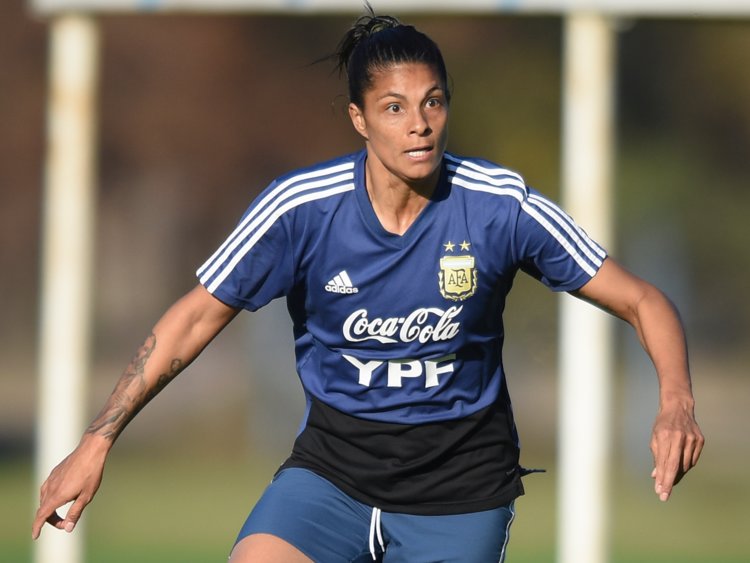 While Argentina also has veteran Estefanía Banini, who’s been called the female Lionel Messi, Soledad Jaimes is a dangerous target, especially off crosses and sets.

She scored five goals in the 2018 Copa América Femenina and is also the first Argentine to win the Women’s Champion’s League. 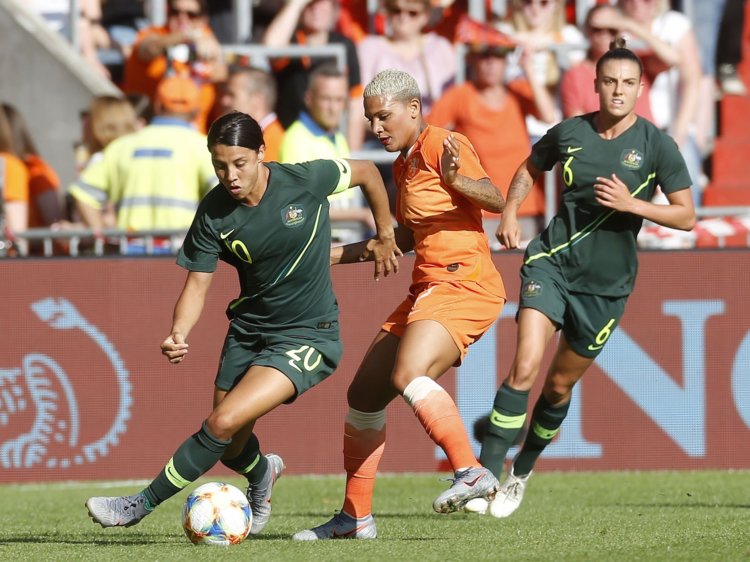 Kerr is also a member of the Chicago Red Stars in the US National Women’s Soccer League (NWSL), where she is the league’s all-time leading scorer.

Kerr made her senior debut at age 15. Now a decade later, she has cemented herself as one of the best strikers in the world, even after recovering from foot surgery.

At 25 years old, Kerr is in her prime and will undoubtedly be a force to be reckoned with in the tournament. 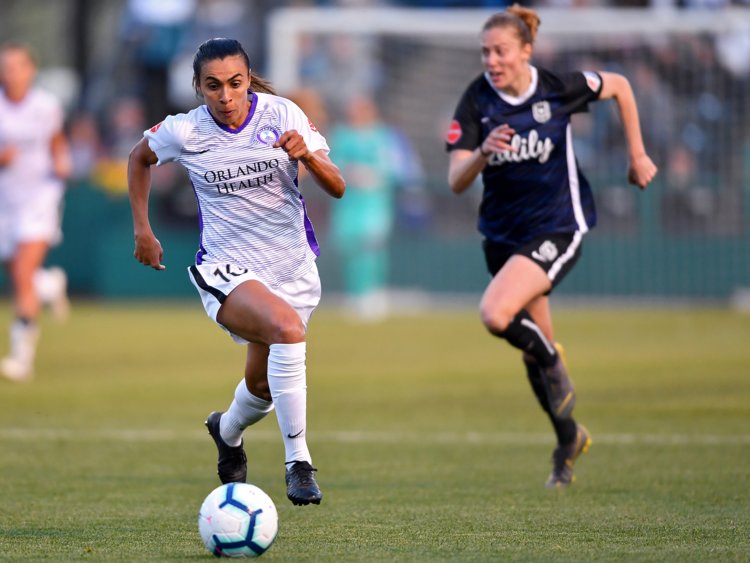 More commonly known as Marta, Brazil’s star enters her fifth World Cup. She is a six-time FIFA World Player of the Year and has played in four Olympics for Brazil, but has yet to win her first major trophy with the team.

Speculation as to whether she will retire has grown as the games have gotten closer, but she insists the future isn’t something she wants to focus on right now.

“You never know … I want to make the most of this moment without thinking too much about the future,” Marta told the Inquirer. “I want to concentrate on what I have right now, and this opportunity that I have yet again. I want to complete my story in soccer.” 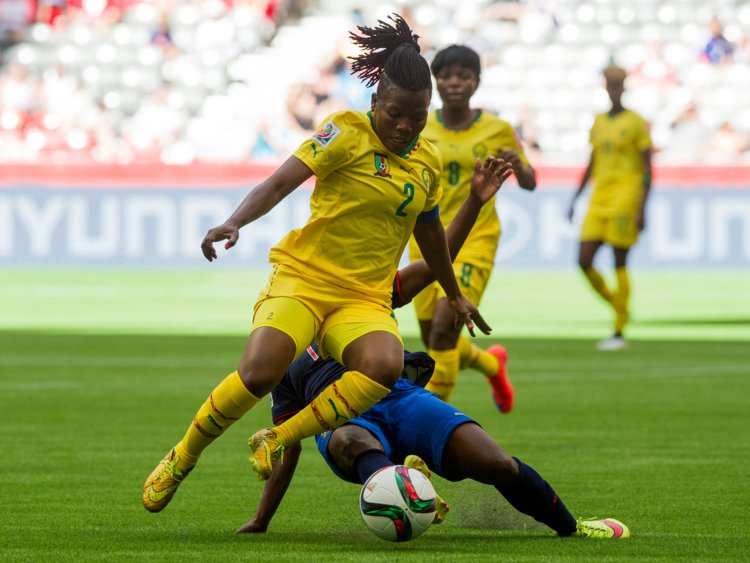 The veteran played a crucial role in helping the team qualify for its first ever FIFA Women’s World Cup in 2014 when she scored an extra-time winner against Ivory Coast in the semi-finals of the African Women’s Championship.

Her late goal in the 2018 Africa Women’s Cup of Nations in Ghana also guaranteed Cameroon’s spot in this year’s Cup. 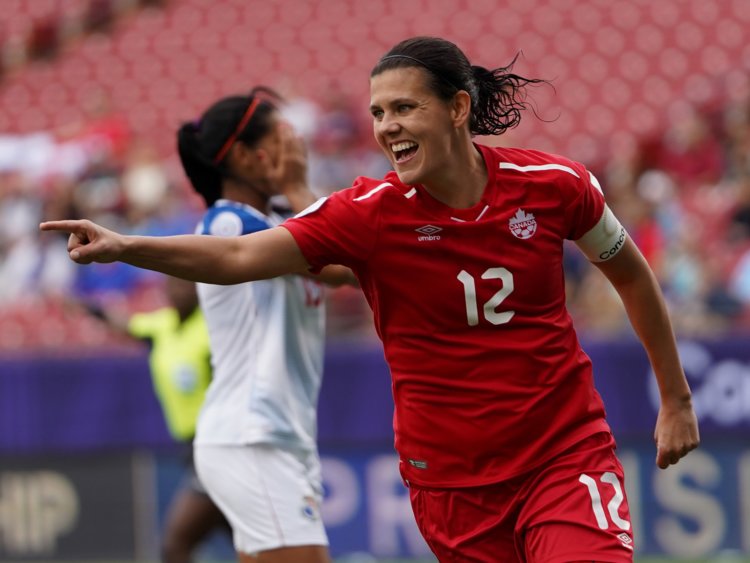 Christine Sinclair has a reputation as Canada’s greatest player ever. She is a 14-time Canadian player of the year and only needs four goals to supersede Abby Wambach’s international record of 184.

This World Cup will likely be her last at 36 years old, but she is the heart of this Canadian team with exceptional techniques that put her above the rest.

She has played for over 15 years with the senior national team, including four FIFA Women’s World Cups and three Olympic Tournaments. 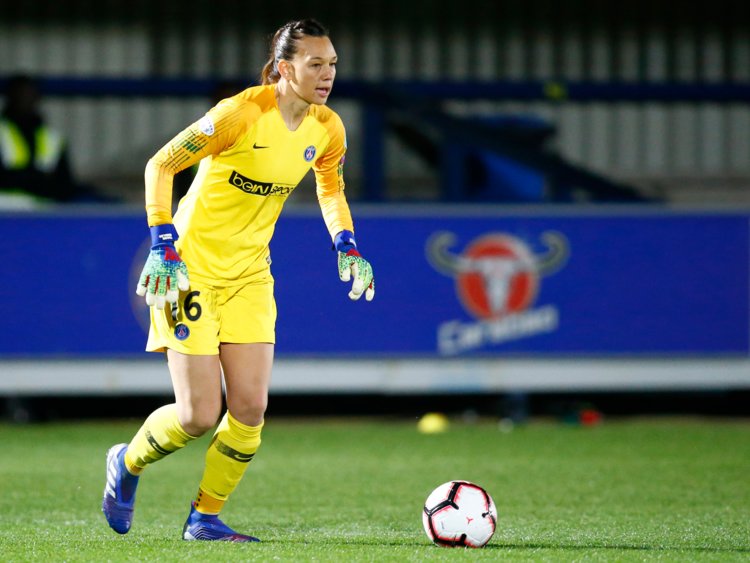 Christiane Endler is pegged as a strong goalie with great reflexes and shot stopping abilities. She is also known for her reputation as a penalty saver.

She’s been compared to German goalkeeper Manuel Neuer because of her style of play.

Endler earned the recognition of best goalkeeper in France last season as a part of Paris Saint-Germain. 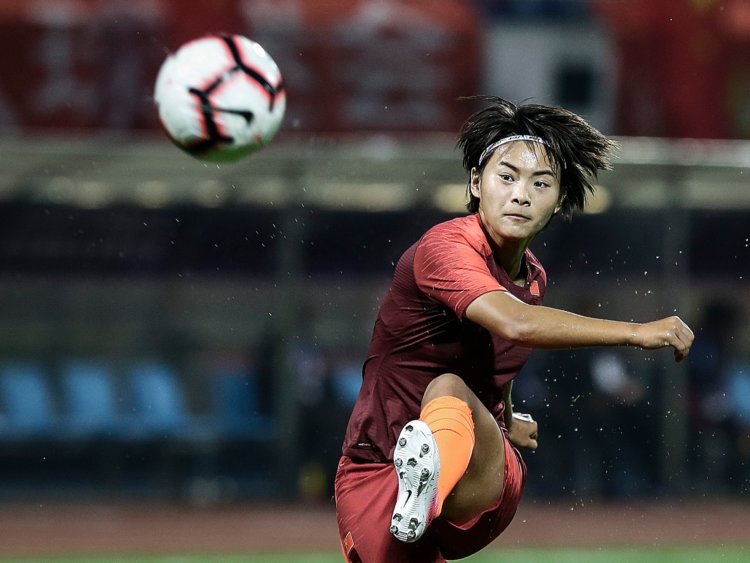 A teammate of Christiane Endler, Wuang Shuang is a 24-year-old forward/midfielder. She’s considered to be China’s most indispensable player because of her creative style.

In 2015, she scored China’s lone goal in a 1-0 victory over the USA in Wambach’s farewell game.

Shuang was named the 2018 AFC Women’s Player of the Year and will play an essential part as a critical member of China’s team. 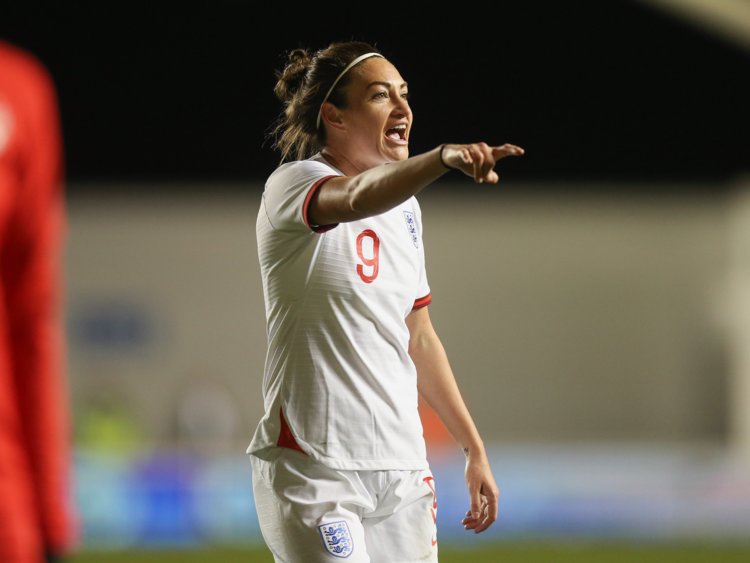 Jodie Taylor is a primary player on England’s squad and one with club experience that ranges from England to Australia, Sweden, and the US. She plays a crucial role in the team’s offense, both with her ability to score and provide assists.

She finished as the top scorer at the UEFA Women’s EURO 2017. 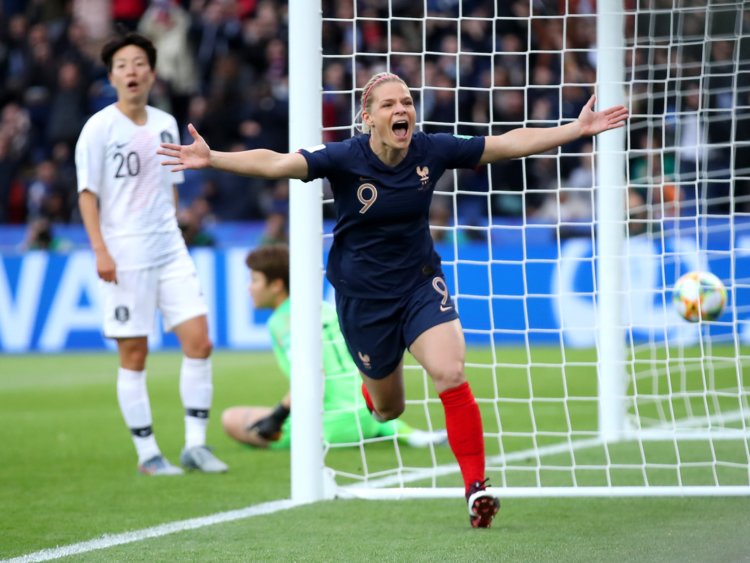 At 5 feet 3 inches, Eugénie Le Sommer utilizes her creative play and positional sense to keep putting the ball in the back of the net. She scored the first goal of the tournament against the Korea Republic.

By the end of the tournament, she could become France’s record scorer -male or female – by surpassing Marinette Pichon’s 81 goals.

She is also the team’s vice-captain and just won her sixth Champions League title with Olympique Lyonnais Féminin. 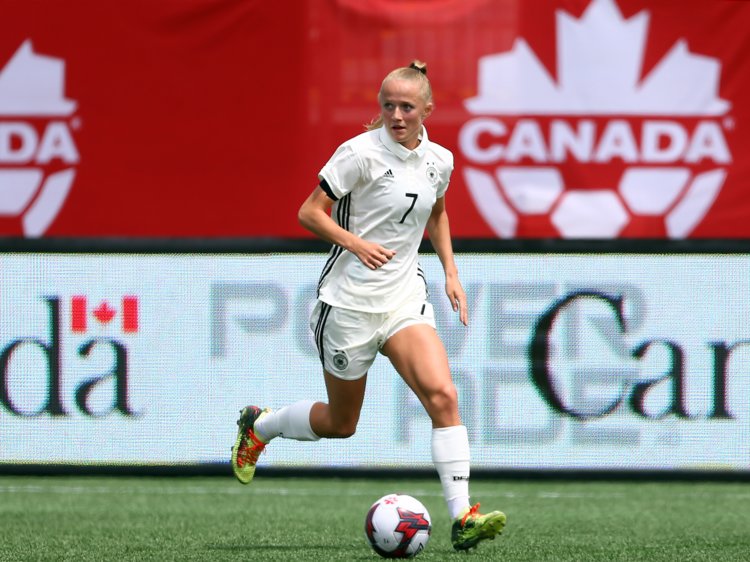 Lea Schüller is making her tournament debut at 21 years old.

She scored all four goals in a 4-0 win over the Czech Republic in qualifying in 2018.

Schüller is part of Germany’s new generation and is one that will be exciting to watch. 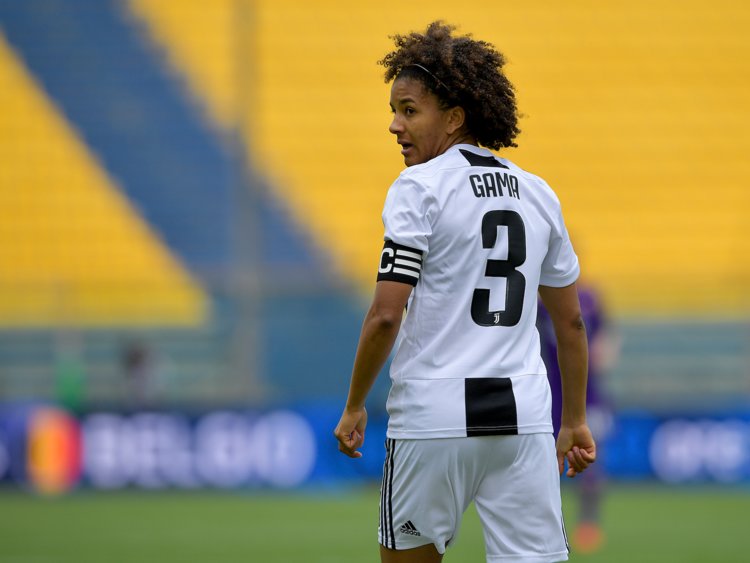 The captain of Italy’s squad, Sara Gama has more international caps than anyone else on the team at this year’s tournament.

Her strong tackle and aerial abilities make her an important part of Italy’s backline. 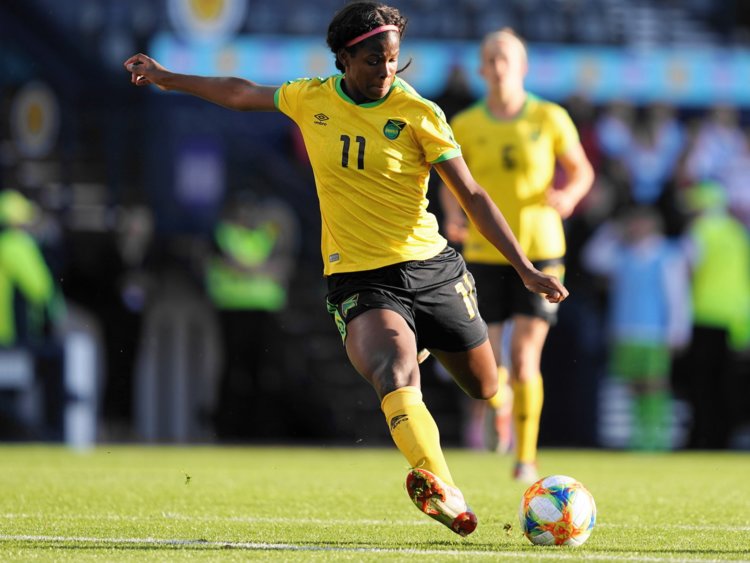 Khadija Shaw was a goalscoring prodigy growing up and just signed a two-year contract with Football Club des Girondins de Bordeaux, a French professional club based in the city of Bordeaux.

During the qualifying cycle, she scored 19 goals – the most by any player.

Shaw was a star at the University of Tennessee and has also signed a deal with Nike. 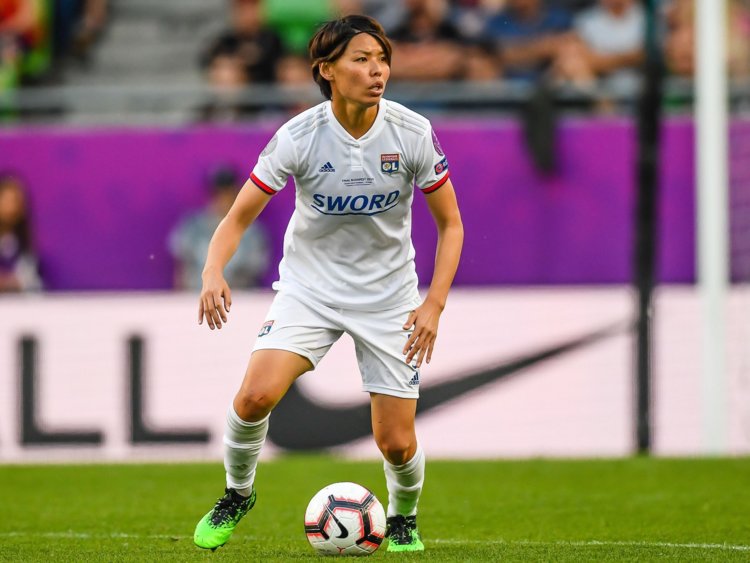 Saki Kumagai is Japan’s captain and is known as the team’s formidable leader.

She won an Olympic silver medal with Japan in 2012, as well as three UEFA Women’s Champions League winners’ medals.

In the 2011 final, she fired a penalty kick that was the game-winner of that year’s World Cup. She did so again in 2016 to clinch Olympique Lyonnais Féminin’s victory in the Champions League final and repeated it a year later. 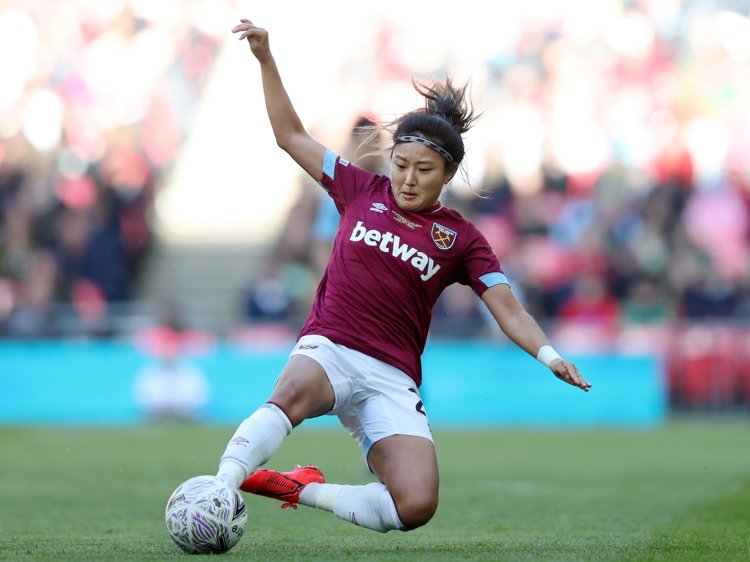 Team captain Cho So-Hyun is one of only three South Koreans who play abroad.

She is best known for her defense at midfield, dictating the pace of play, and holding players off from reaching the defensive line.

So-Hyun is widely regarded as one of South Korea’s best players and is also the country’s most capped player. 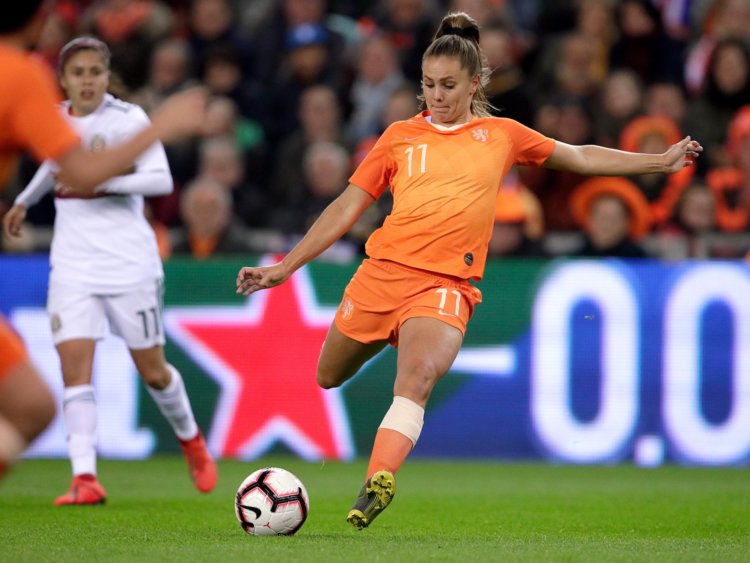 Lieke Martens scored the first ever FIFA Women’s World Cup goal for the Netherlands in the team’s first match at the 2015 tournament.

Martens is an expert dribbler and was named The Best FIFA’s Women’s Player in 2017.

Even though she’s right-footed, Martens prefers to play on the left wing to take advantage of her technical ability.

With her pace and eye for the game, she is an offensive threat with an important role on the Netherlands’ team. 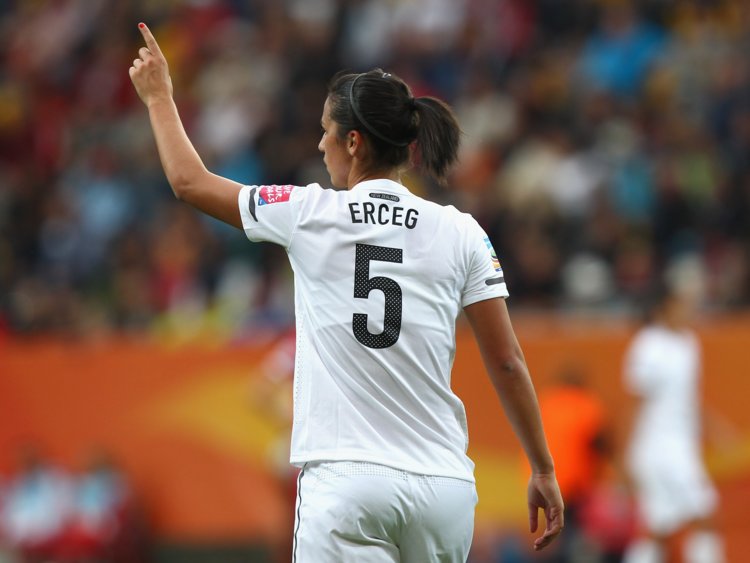 Abby Erceg is New Zealand’s former captain and one of the country’s best-credentialed players.

She retired from the national team twice since 2017 but has been convinced to return for this year’s World Cup.

She captained North Carolina Courage to the 2018 NWSL championship and is participating in her fourth Women’s World Cup. 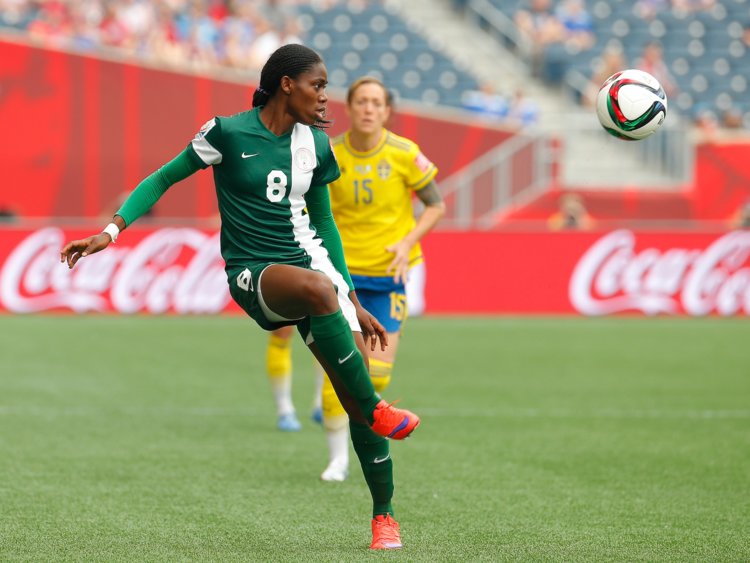 Three-time African player of the year, Asista Oshoala has spearheaded Nigeria’s team as one of its most talented scorers.

Originally in Barcelona on loan, Oshoala has secured a permanent spot on the team. In May, she became the first African to play in the Women’s Champions League final. 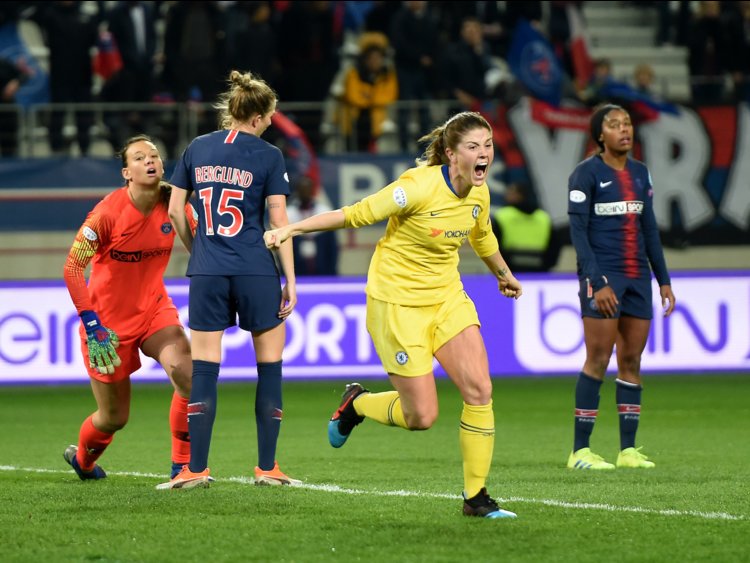 With Norway’sAda Hegerberg absent from the team as part of her protest of the Norwegian soccer federation’s treatment of the women’s side, the team will need someone to step in to ground it.

Maren Mjelde, who has skills as both a midfielder and defender, is known for her exceptional vision and technique, especially in free-kicks.

One of her best free-kicks came against Canada during the 2015 Women’s World Cup and is regarded as one of the best in its history. 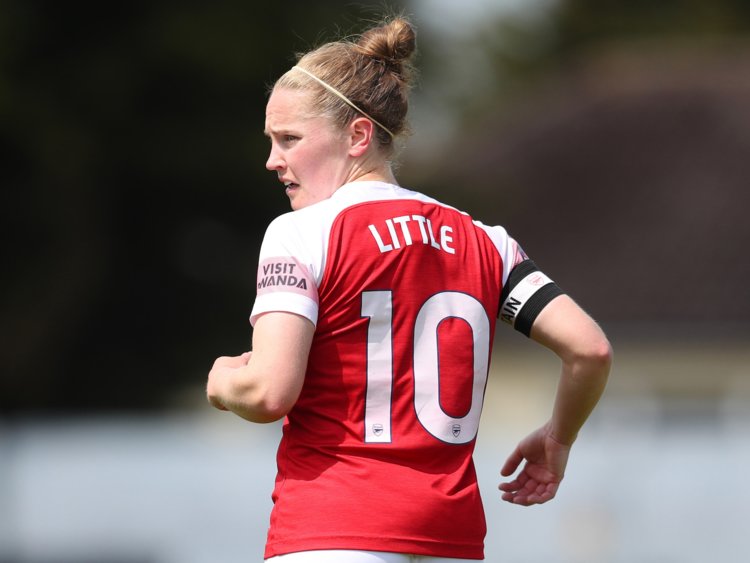 Kim Little’s knee injury may have kept her out of Euro 2017, but it hasn’t held her back since her return.

The vice-captain hasn’t had much big tournament exposure, but she had some crucial goals in qualifying that have led people to predict she’ll have a big tournament in France.

According to Little, her game revolves around her midfield position and making forward runs to create scoring opportunities. 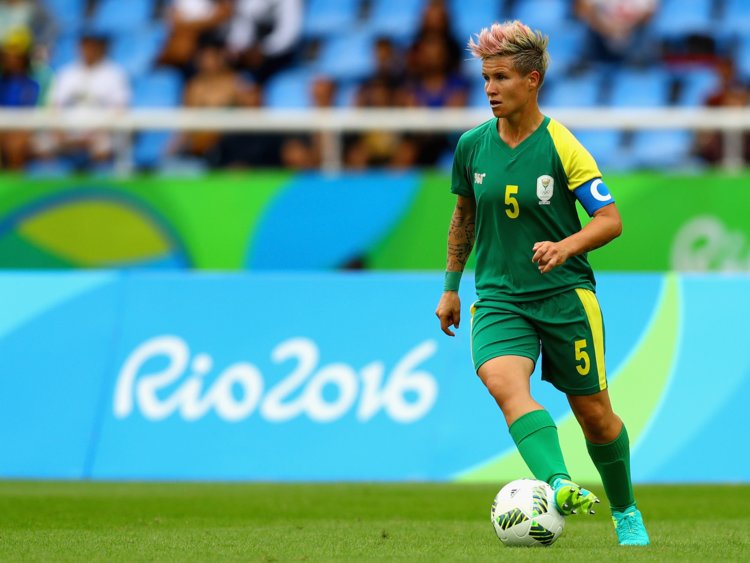 Captain Janine van Wyk has played more games for Africa than any player.

She has reached three continental finals and two Olympics as a member of the team since 2005 and has been cemented piece of the team ever since. 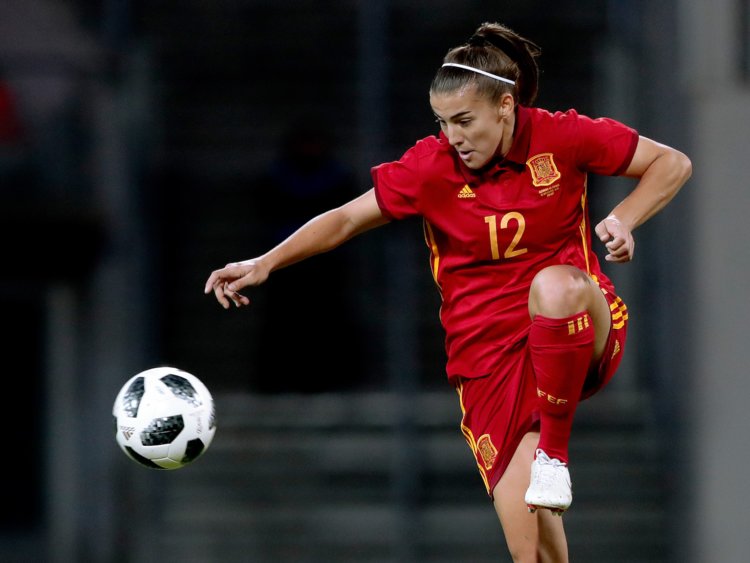 21-year-old Patricia Guijarro is an up and coming force on Spain’s team.

Guijarro has shown that she is a powerful midfielder ever since her senior international career began in 2017. 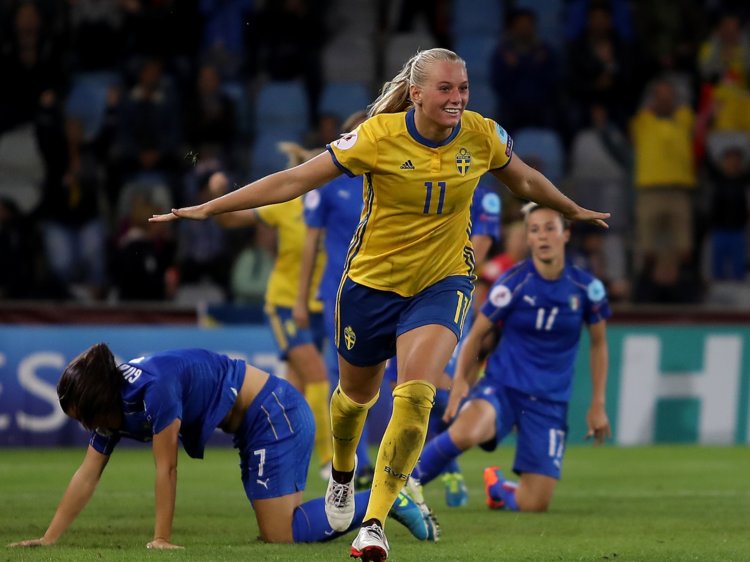 Stina Blackstenius scored the only Swedish goals against the USA (quarterfinals) and Germany (finals) in the team’s Olympic campaign at Rio 2016. The team walked away with silver medals.

Her speed and power make her an explosive forward in her World Cup debut. 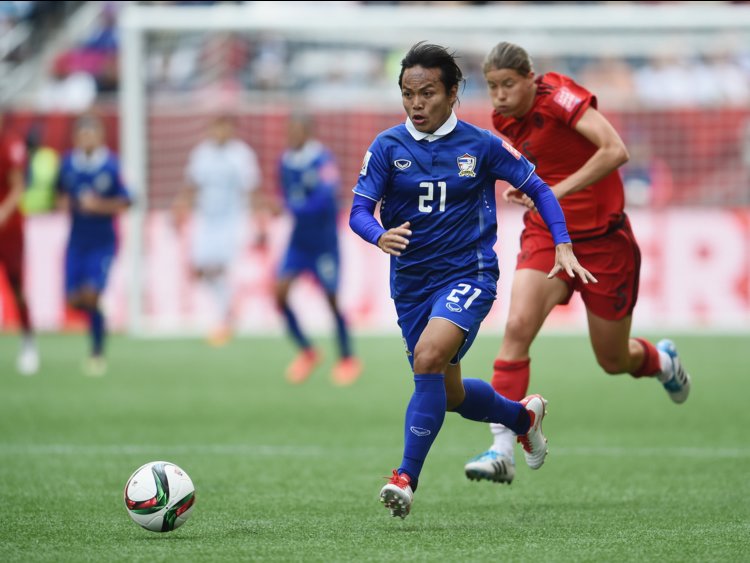 Known for her speed, Kanjana Sung-Ngoen has a pace that is a huge attacking weapon for Thailand.

She netted two goals in a pivotal qualifier against Vietnam for the 2015 FIFA Women’s World Cup.

Sung-Ngoen has continued her offensive success, leading the team in goals as it enters the tournament this summer. 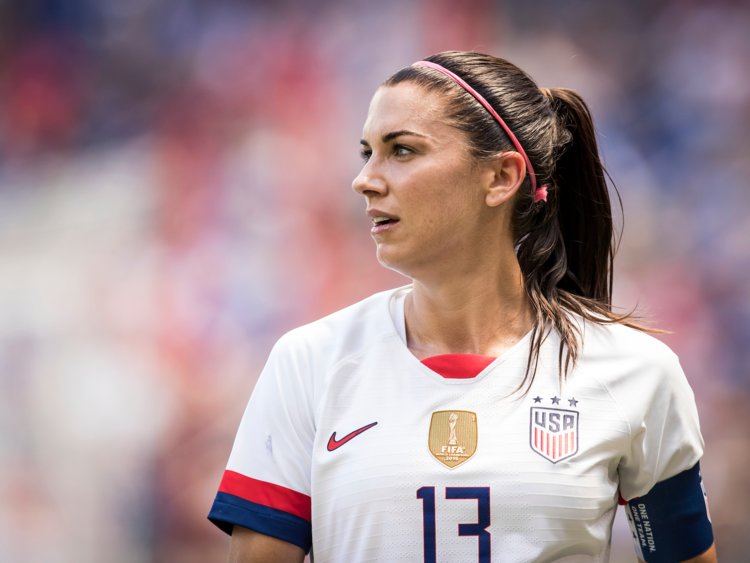 The favorites to win with one of its deepest rosters in history, the USA has impact players from every aspect, but Alex Morgan has developed into one of the best forwards in the world.

She scored a tournament-best seven goals to help team USA qualify for France, earning her the Golden Boot award at the Concacaf Women’s Championship.

Earlier in 2019, she became the third youngest player and fourth fastest player to reach 100 career goals.

There are a handful of players that can make some noise for this USA team, but Alex Morgan is one to definitely keep an eye on.