Faced by the first shudders of uncertainty on the tenth green at Royal St George’s, Collin Morikawa quietly clenched his fist and punched the air three times. After a faultless front-nine had cut the cord on a sputtering field, the 24-year-old American’s approach had sailed over the back of the green and buried itself into a deep tuft of rough that invited whispers of disaster. A treacherous par-putt spiked Morikawa’s adrenaline, the blood rushing through his arteries and echoing in his eardrums until his ball hit the heart of the hole with utter conviction. In that moment, even as Jordan Spieth and Jon Rahm mounted daring insurgences, it became clear that Morikawa’s stranglehold on the Claret Jug would never slip.

Under the glare of such unforgiving temperatures in Sandwich, the coolest head was proved to be the least experienced, and the scale of Morikawa’s remarkable achievement can hardly be overstated. He is just the fifth winning debutant since the Second World War, and only two players in the sport’s entire history have won majors at a faster rate. That is the greatest testament to Morikawa’s unparalleled precision and preternatural composure. Now the spearhead of a generation that has so aggressively pursued distance, he instead developed a purity of ball-striking that no player can match in the modern game and has now proven it can adapt to any terrain and stay true under the most heightened strains of pressure. It’s an omen that may well herald a new era, even if that mantle has been inherited so cumbersomely since Tiger Woods’ decline.

After all, no player has laboured under that reputation quite like Jordan Spieth since he last lifted the Claret Jug in 2017, and he will bitterly rue the yipped two-foot putt on Saturday evening that cost him so much momentum and, ultimately, redemption. Starting three shots back, bogeys at the fourth and sixth seemed to have stamped his hopes to remnants, while Louis Oosthuizen, the leader after all three rounds, succumbed to familiar scar tissue. The South African had already endured six runner-up finishes at the majors since winning at St Andrews in 2010, and when a heavy bunker shot at the seventh dribbled despairingly over the green and into a different hollow, all his fine work had disintegrated into a million grains of sand.

But if those early mistakes had cleared Morikawa’s path, to claim he simply strode down it would be severely disingenuous. In fact, his hat-trick of birdies before the turn was one of the finest sprints to glory this links course has witnessed and bordered on as close to perfection as golf’s fickle nature will allow. While Oosthuizen unravelled at the seventh, Morikawa’s first birdie came as a matter of mere inches after almost holing his chip outright. What followed at the eighth, though, was the clearest exhibition of what separates him from his closest rivals as a 200-yard approach cut through the coastal wind with the unwavering accuracy of a bullet and finished just four feet from its target. And after another snaking 25ft putt was sunk with venom at the ninth, Morikawa had surged four shots clear of a field that would never claw him back.

That wasn’t for their lack of trying, though. Jon Rahm had begun the day deep in the peripheries but birdied four holes in succession on the back-nine to close the gap. Then it was Spieth’s turn to test Morikawa’s resolve as he birdied 13 and 14 to narrow the gap to just a single shot. But if it is a divine talent that is the foundation for Morikawa’s succession, his striking sense of calm are the bricks and mortar that make it so stern. And with the weight of the field so suddenly back on his shoulders, Morikawa holed a 15ft birdie putt at the 14th to restore his cushion and then consolidated it with another spectacular save at the next when the tension had finally, and perhaps inevitably infiltrated his irons. That, though, would be the last time they inflicted any manner of restraint on Morikawa’s assault on history. 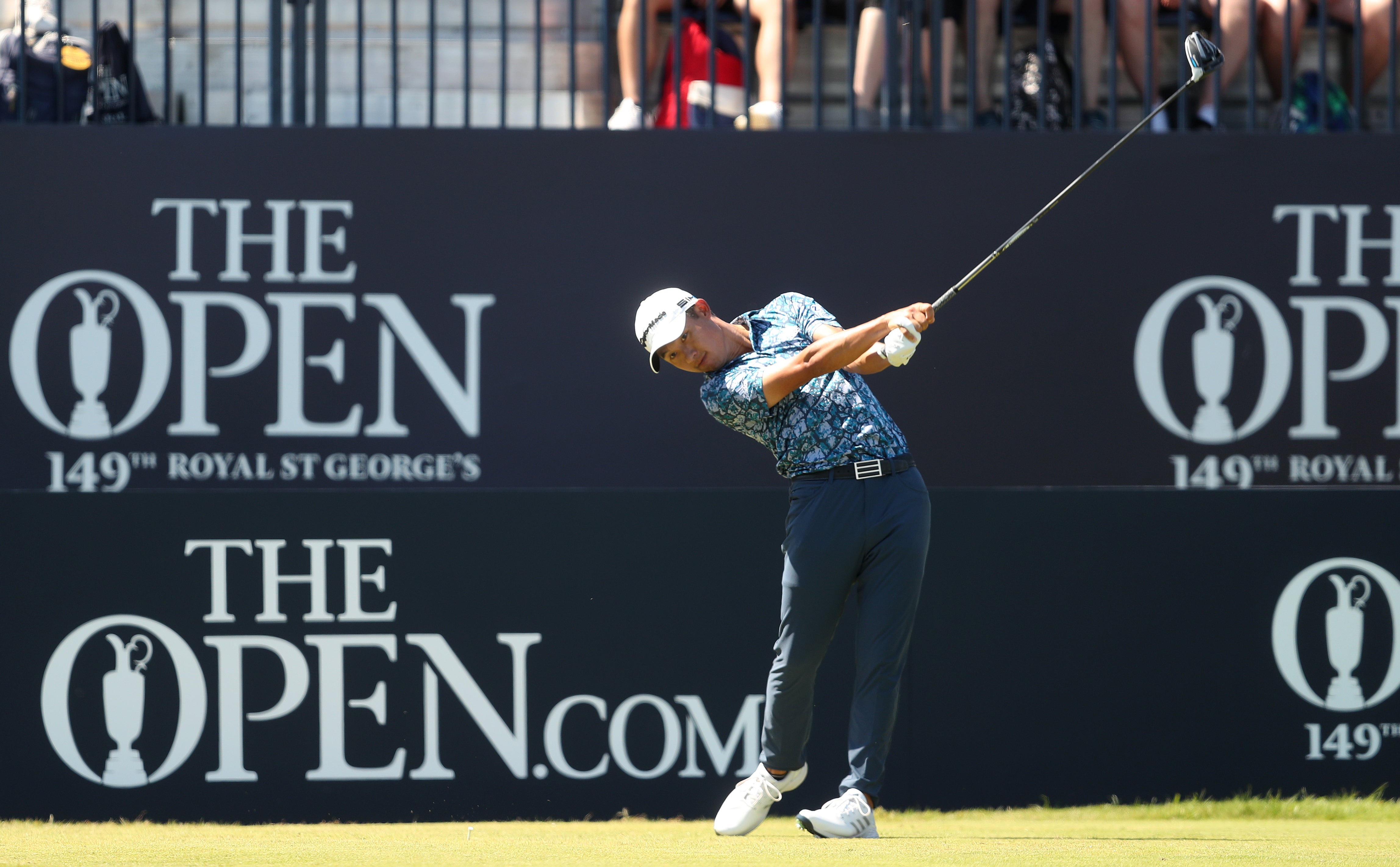 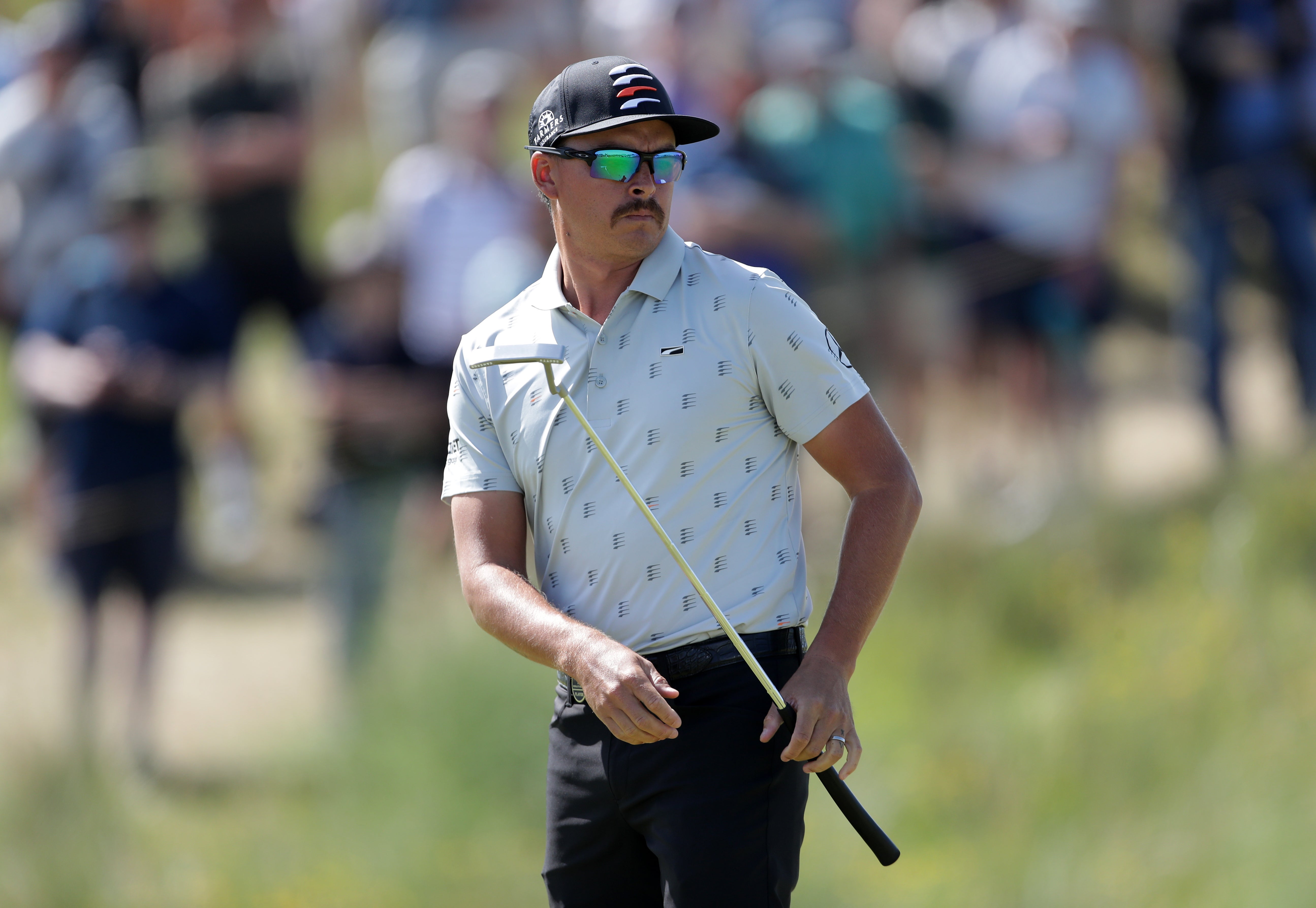 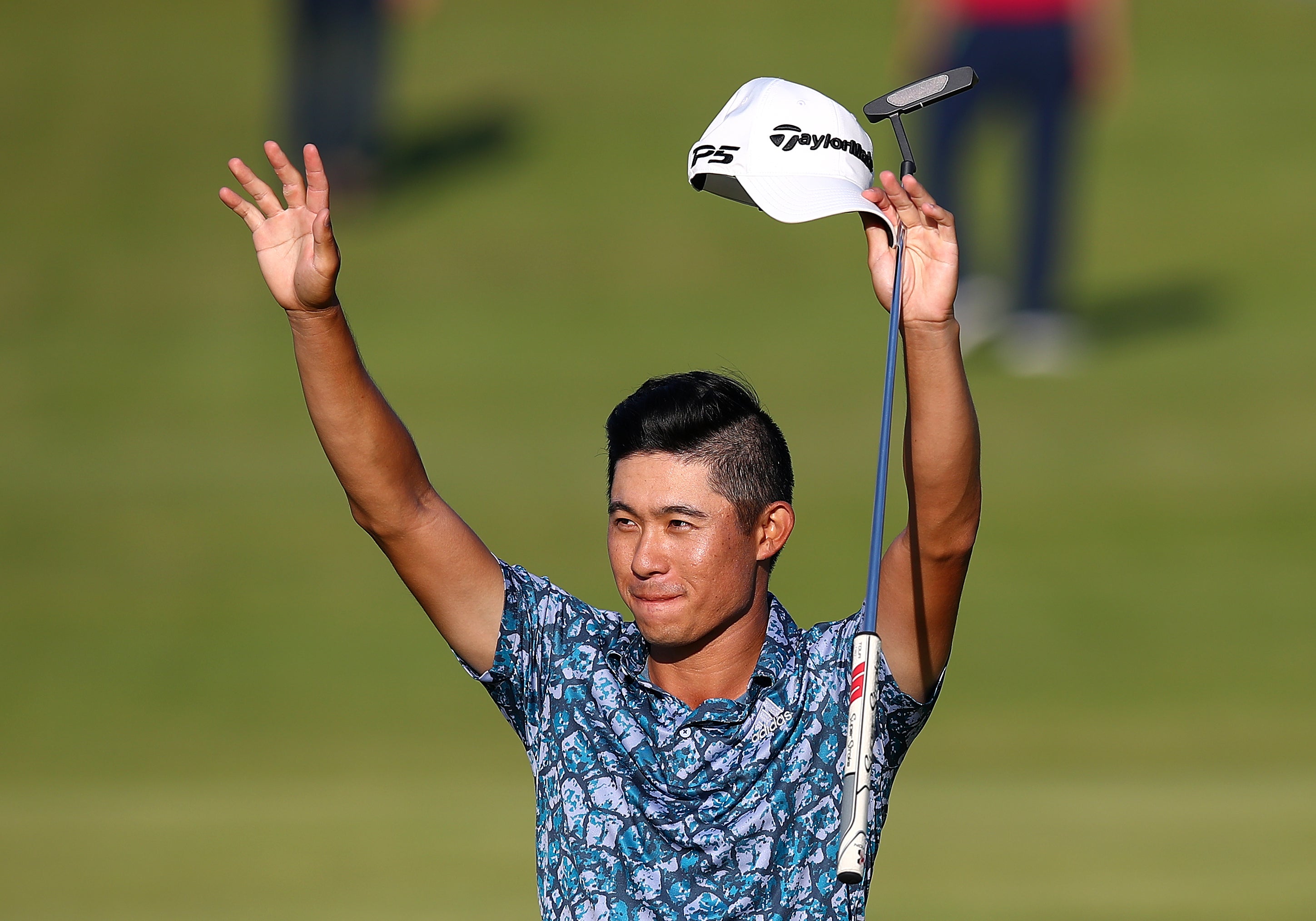 There were no tears on the 18th green, no unhinged celebrations or cathartic roars of relief. After his second major victory in little over the space of a year, Morikawa raised his arms with a smile that told of being exactly where he belongs. And for fans and competitors alike, it is also fast becoming a familiar feeling.