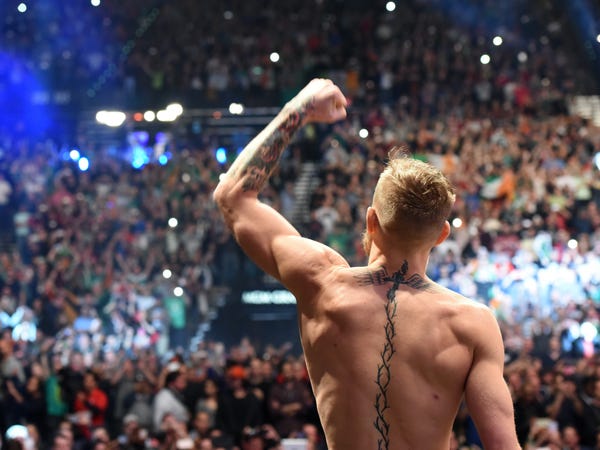 The UFC is already planning a "fun" comeback in the coming months for the recently-retired Conor McGregor.

The Irishman announced an abrupt retirement earlier in the summer, saying he was bored, tired, and unexcited at options the UFC were presenting to him.

But the 32-year-old was visited by the US Anti-Doping Agency while he was on a family vacation in France, last week, and as he provided a sample, it showed he never exited the testing pool and had not completed retirement paperwork.

Now, the UFC president Dana White has confirmed that there had been talks, and the former two-weight UFC champion could return to the Octagon early 2021.

"We're actually working on some fun stuff for Conor at the beginning of next year," White told ESPN Thursday. "He should be back next year.

"I'm not saying he's coming back to fight guaranteed, but we're talking right now about some stuff."

"We had some very interesting talks with the UFC recently," said Attar. "We are excited about the future and working on some fun things. Exciting things to come in the near future."

McGregor has this year been linked with fights involving Nate Diaz and Khabib Nurmagomedov.

He was recently taken into police custody in Corsica after a September 10 complaint accused him of "attempted sexual assault and sexual exhibition."

He reacted angrily to an allegation of indecent exposure, saying people were trying to set him up.

09/18/2020 Sport Comments Off on The UFC is already planning a ‘fun’ comeback in the coming months for the recently-retired Conor McGregor
Recent Posts
We and our partners use cookies on this site to improve our service, perform analytics, personalize advertising, measure advertising performance, and remember website preferences.Ok