THIAGO confessed 'Bayern is my home' despite his impending move away amid Manchester United and Liverpool's transfer tug of war.

The midfielder is entering the final year in his contract, with Bayern ready to cash in on the £27million rated Spaniard. 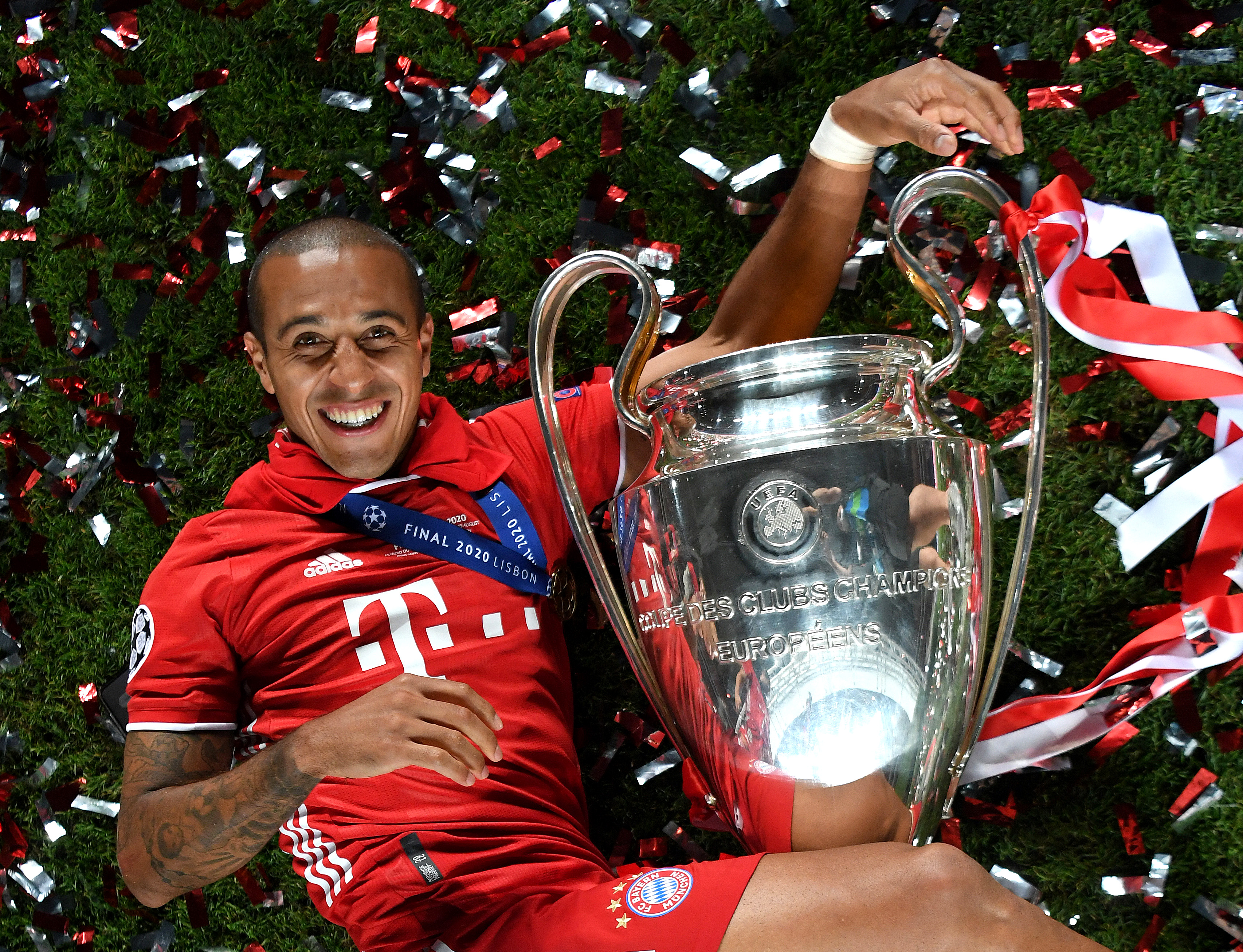 Liverpool remain frontrunners to sign him, with United having announced the £40million signing of Donny van de Beek from Ajax.

But despite speculation linking Thiago with a Bayern exit, he remains focussed on his current club and Spain's Nations League campaign.

He told ZDF: "I only think about the game against Ukraine.

"Afterwards, we will see.

"Bayern is my home and I am happy to be there."

Liverpool had been linked with a move for the playmaker before the delayed season had finished.

But Bild say United have now contacted his representatives over a deal. 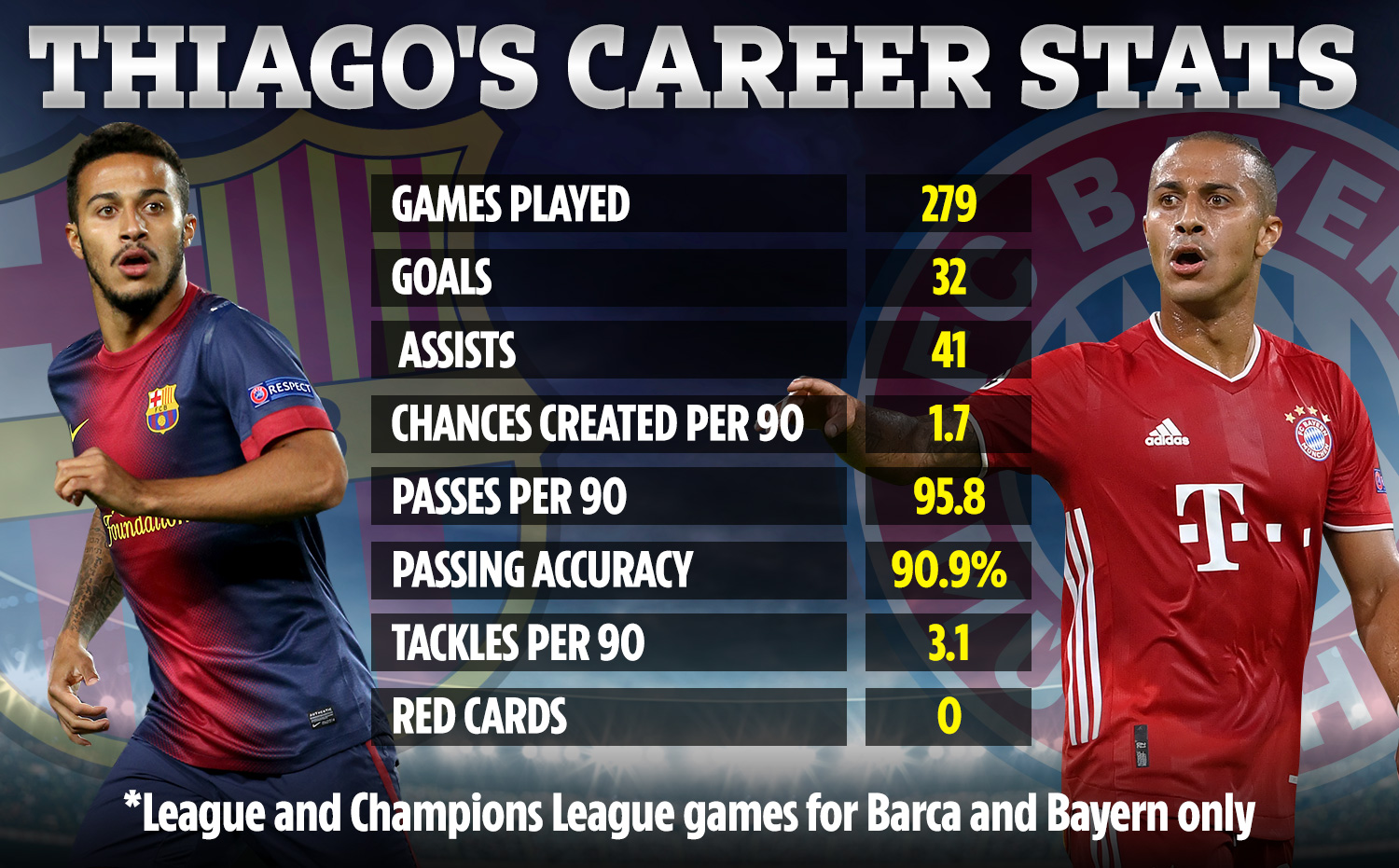 Less competition for a starting place may appeal to the 29-year-old, as well as the make-up of the United squad.

But Liverpool are also preparing to make room for Thiago, with Barcelona linked with midfielder Georginio Wijnaldum.

The Dutchman international has less than a year remaining with the Premier League champions facing losing him for free next summer.