TENNIS star Nikoloz Basilashvili was forced to retire after struggling to breathe and needing treatment from a doctor.

The Georgian player was representing his country in the ATP Cup in Sydney. 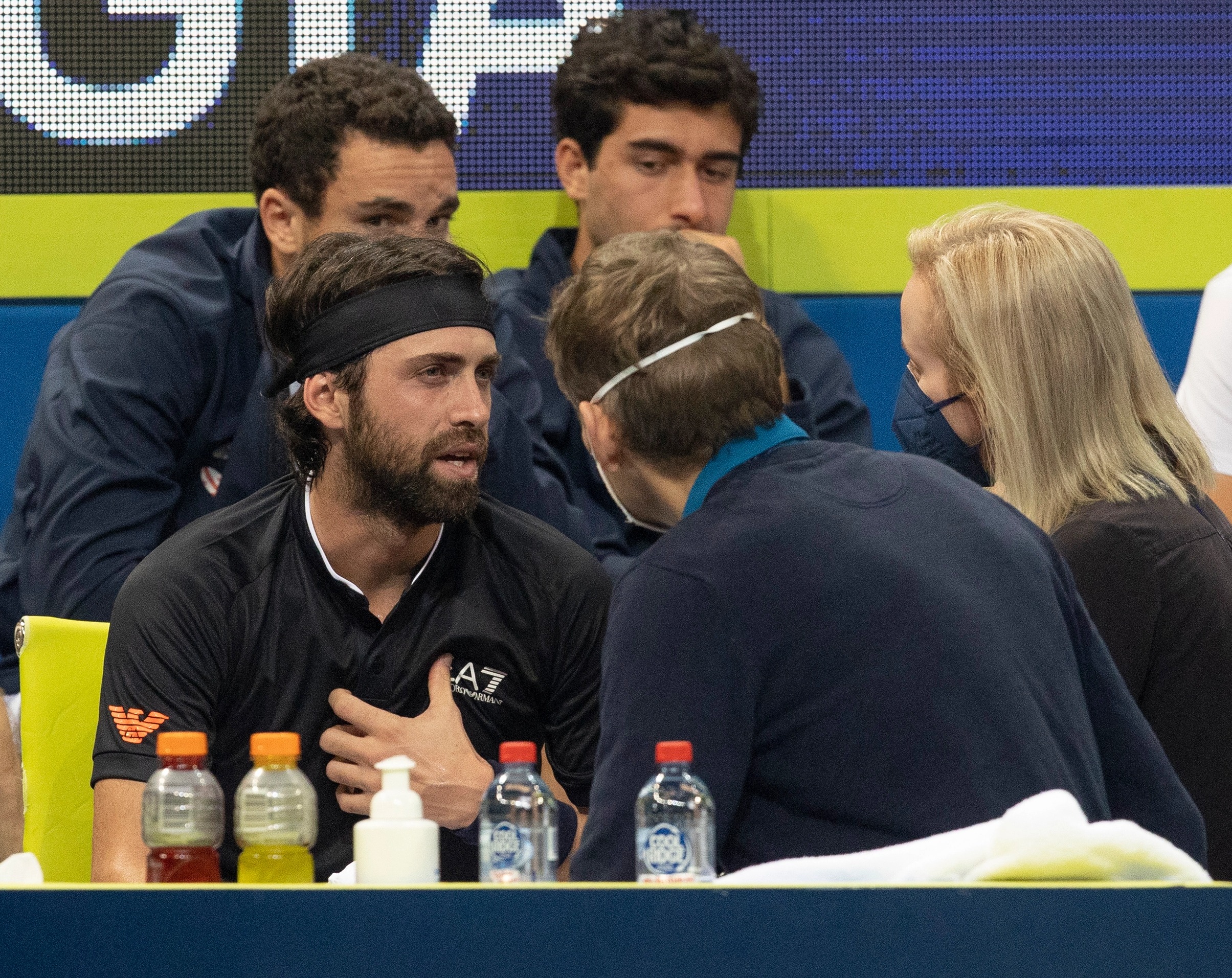 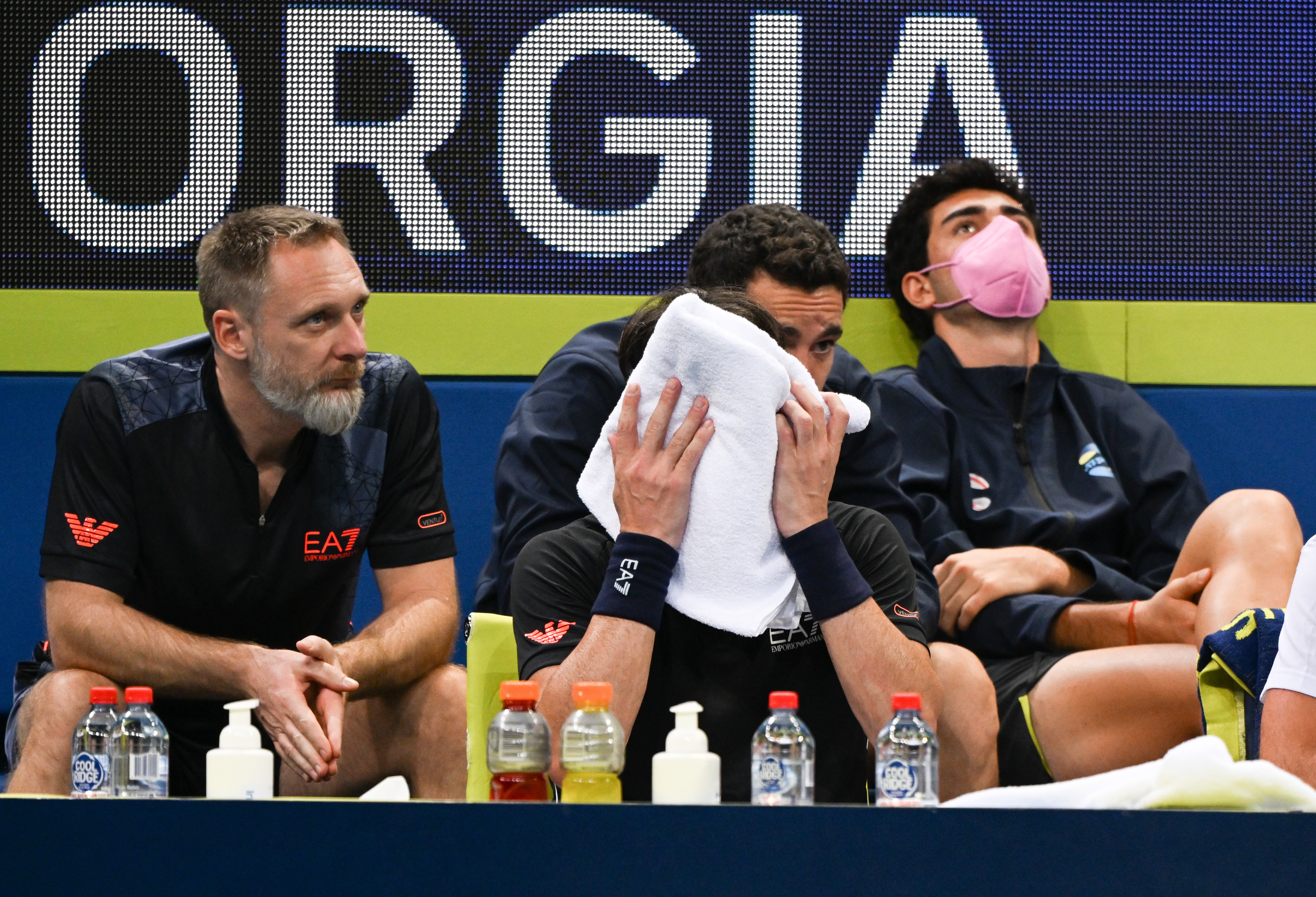 But in his singles match on Wednesday against Greece's Stefanos Tsitsipas, play was suddenly halted when Basilashvili was serving at 4-1 down in the first set.

He then walked slowly to his team's bench and tried to take some deep breaths and sip some water as he waited for the physio to come on to court.

The pair had a conversation before another doctor joined as hand gestures suggested he was feeling tightness in his chest.

He was overheard saying: "Every shot I’m out of breath."

Emma Raducanu also had to terminate her magnificent Wimbledon run in a similar fashion last summer.

WHAT'S ON THE MAN U?

And the distressing scenes were reminiscent of Sergio Aguero's health worries playing for Barcelona which ultimately led to his retirement from football.

“If you feel like you can’t take any kind of deep breath at this level and this intensity, that’s an issue.”

Basilashvili headed off the court with the medics while Tsitsipas kept warm by rallying with one of his Greek team-mates.

However, when the world No22 returned, the players shook hands and the umpire confirmed the withdrawal.

It ended a four-match losing singles streak in unusual circumstances for Tsitsipas, who is recovering from elbow surgery.

However, this would not be the ideal preparation for the world No4 on the eve of the Australian Open.

Tsitsipas said: "It's obviously not easy playing when you are not at 100 per cent.

"I completely understand his situation. It's a shame."

Greece won the tie 2-1 with Tsitsipas losing the doubles alongside Michail Pervolarakis 16-14 in an epic match tie-break.

That was the first win Georgia had mustered from nine matches at this year's ATP Cup as they were dispatched 3-0 by Poland and Argentina. 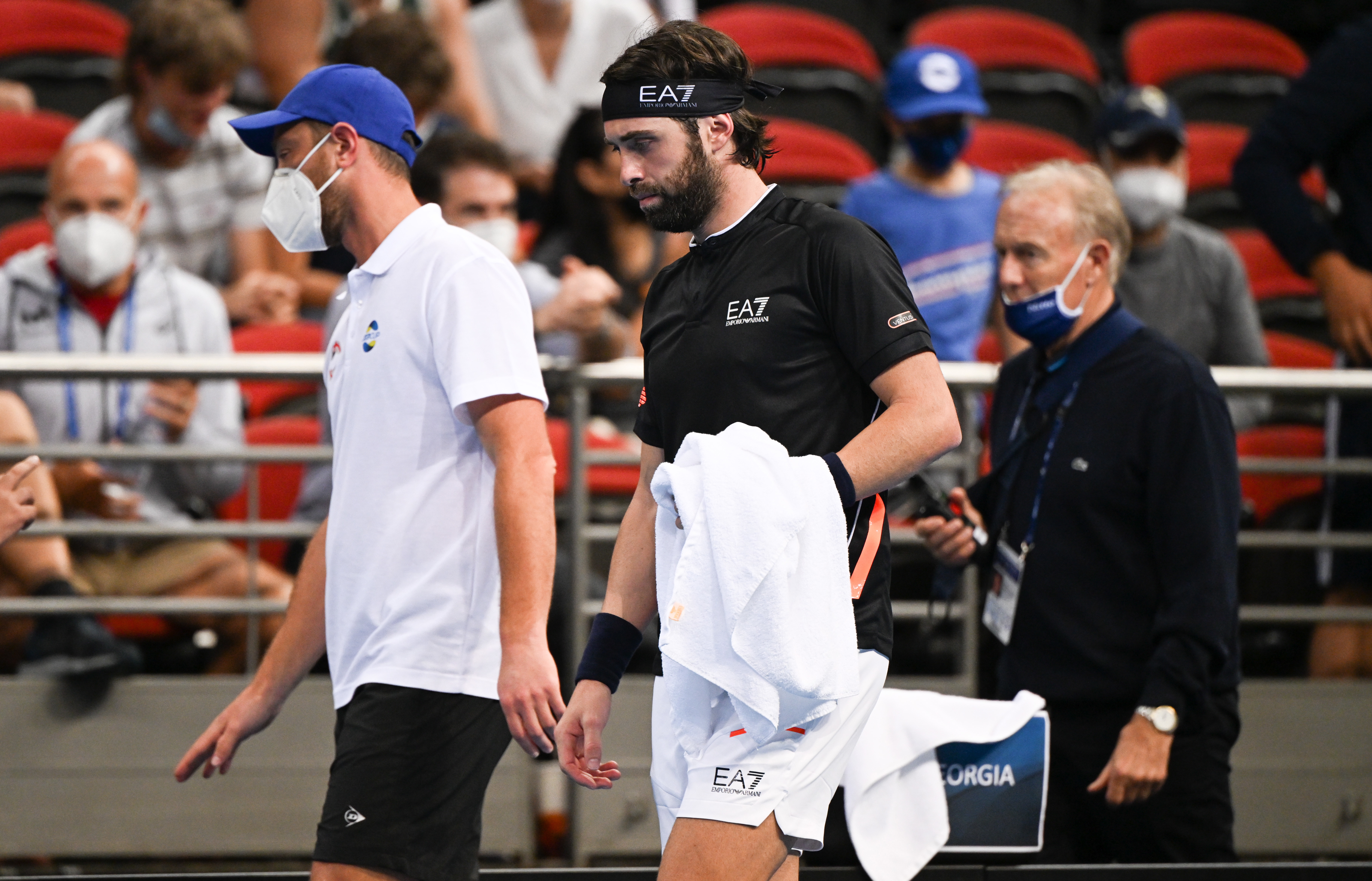 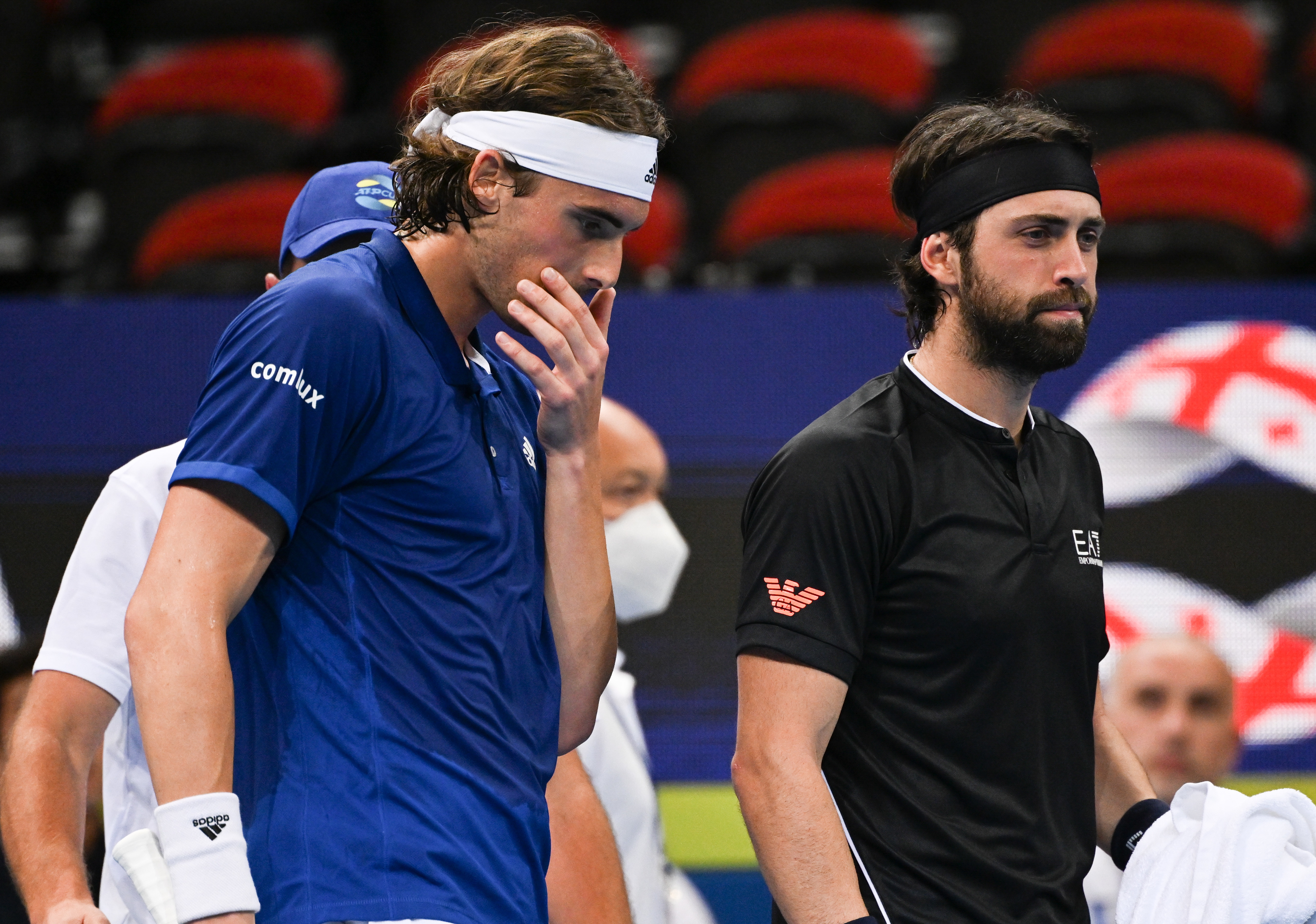