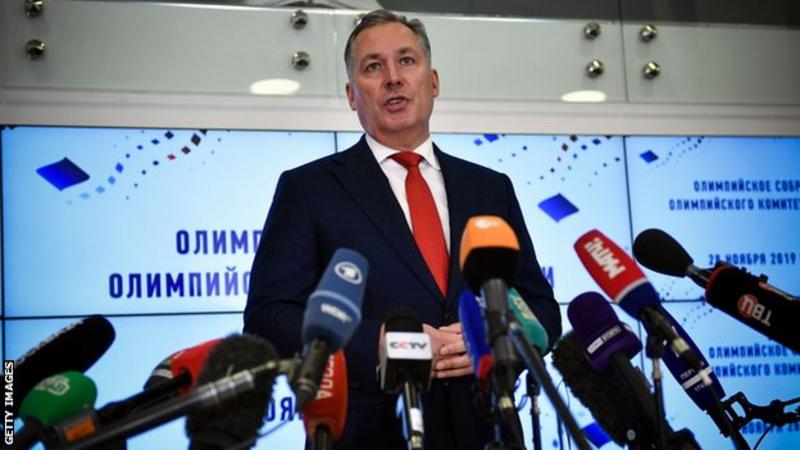 Russia’s Olympic Committee says it will do “everything in its power” for Russian athletes to compete under their own flag at Tokyo 2020 despite facing a potential ban from the Games.

A World Anti-Doping Agency (Wada) committee recommended on Monday that Russia be given a four-year ban from hosting and competing in major international events.

It comes after the Russian Anti-Doping Agency (Rusada) was declared non-compliant over inconsistencies in anti-doping data.

“All our clean athletes, those who were not involved or are not suspected of doping, will take part in the Games as part of our Olympic team,” said Stanislav Pozdnyakov, president of Russia’s Olympic Committee (ROC).

“And we will do everything in our power for our team to compete in Tokyo under the Russian flag.”

Wada’s compliance review committee (CRC) has recommended the Russian flag must not be flown at major events during the proposed four-year ban.

Some Russian athletes without a history of doping who can prove they are not implicated by the inconsistencies in the data from the Moscow laboratory may be allowed to compete as neutrals.

A total of 168 Russian athletes competed as neutrals at the 2018 Winter Olympics in Pyeongchang after the country was banned for state-sponsored doping at the 2014 Games in Sochi.

Wada’s executive committee will make a final decision on the recommendations on 9 December.

The CRC also recommended that officials from the ROC and the Russian Paralympic Committee are not allowed to attend major sports events during the four years.

In reply, Pozdnyakov, who won five Olympic fencing medals, said: “We consider the measures proposed by the committee to be excessive, inappropriate and wrong.”

Even if a four-year ban from sporting events comes into effect, Russia will be allowed to compete at Euro 2020 because European football’s governing body Uefa is not defined as a ‘major event organisation’ in regards to rulings on anti-doping breaches.

Related posts:
11/28/2019 Sport Comments Off on Tokyo 2020: Russia’s Olympic Committee confident athletes will compete under own flag
Recent Posts
We and our partners use cookies on this site to improve our service, perform analytics, personalize advertising, measure advertising performance, and remember website preferences.Ok