THIS is the jaw-dropping moment a seven-foot ROBOT thrilled spectators by netting a three-pointer and halfcourt shot at an Olympics basketball game.

During half-time of Team USA's clash against France, Japan decided to showcase its expertise in robotics by rolling out animatronic android to midcourt. 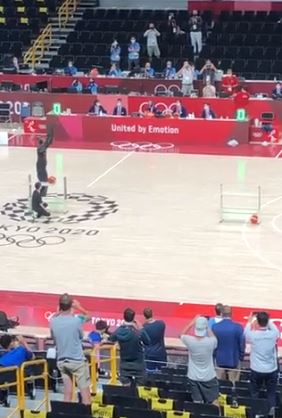 The robot then impressively swished a free throw, three-pointer and halfcourt shot in succession – wowing viewers.

Granted, it may not be the speediest across the floor nor have the dribbling skills of NBA players – but it has scarily accurate precision when taking aim at the hoop.

It has left Tokyo Olympics viewers stunned, with one commenting they were "shook" by the robot's skill.

The robot – known as Cue3 – was created by Japan's leading automotive manufacturer, Toyota, and uses sensors on its torse to judge the distance and angle of the basket.

It then uses motorized arms and knees to execute set shots.

A Toyota engineer said in 2019 it would take about 20 years for robots like Cue3 to incorporate skills like running, dribbling, and dunking.

The original Cue was showcased back in 2018 and won a shooting contest against two players on the Alvark Tokyo, a team in Japan's professional basketball association, the B.League.

An updated version of Cue was then revealed that December, before engineers unveiled the current Cue3 in 2019.

The company – which is the worldwide partner of the Games – is leading the Tokyo 2020 Robots Project as Japan hopes to show-off its proficiency in robotics and autonomous vehicles.

Speaking ahead of the start of the Olympics this week, Hirohisa Hirukawa – who is heading the project – told E&T: "The Tokyo 2020 Games are a unique opportunity for us to display Japanese robot technology.

“This project will not simply be about exhibiting robots, but showcasing their practical real-life deployment helping people.

"So, there will not only be sports at the Tokyo 2020 Games, but some cool robots at work to look forward to as well." 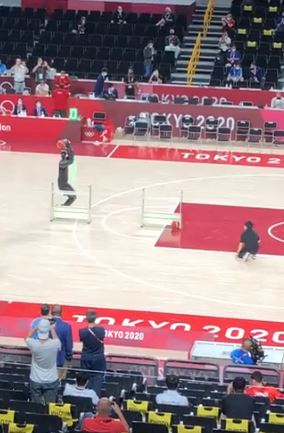 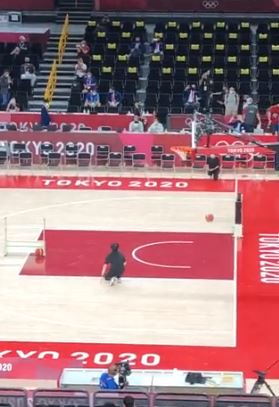 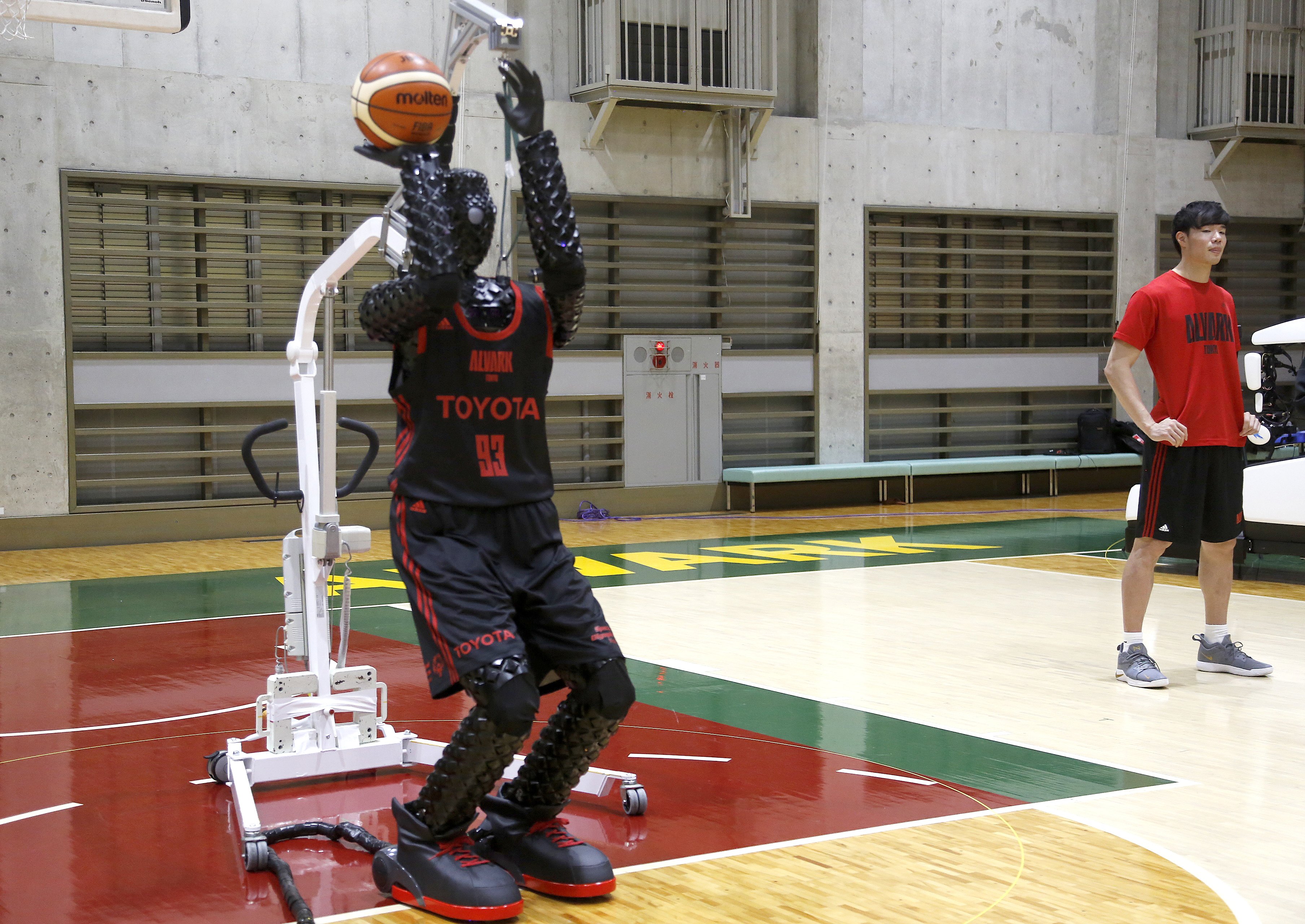