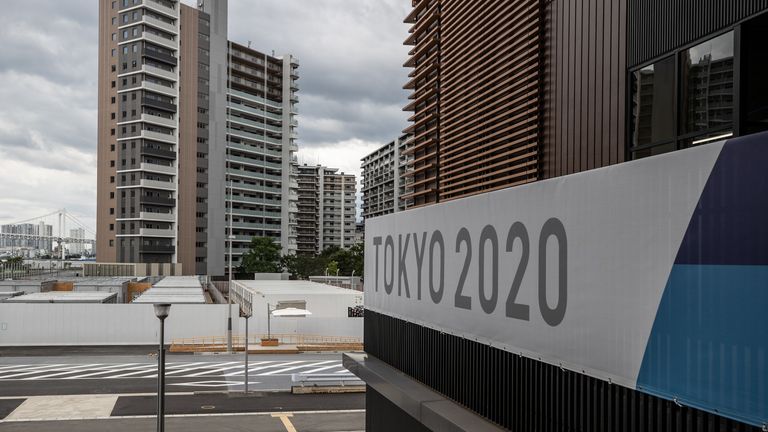 Two athletes have become the first to test positive for coronavirus at the Olympic athletes’ village.

Organisers say the duo are from the same country and competing in the same sport.

It means the total number of known positive cases within the village is now three after a Games official tested positive on Saturday.

A third athlete has tested positive but is not living in the Olympic village, Tokyo 2020 organisers added.

They also confirmed there have been 10 new positive cases among Games personnel in the last 24 hours, compared with 15 on Saturday, bringing the total since July 1 to 55.

Infection rates are climbing among the general population of Japan’s capital, with 1,410 new Covid-19 cases recorded on Saturday, the highest in six months.

It was the 28th straight day that cases were higher than seven days previous.

The Olympic village on Tokyo Bay will house 11,000 Olympic athletes and thousands of other support staff.

The Olympics will open on Friday, June 23 and run until August 8 under a state of emergency in Tokyo and three neighbouring prefectures. The emergency order lasts until August 22.