Wilder was brutally knocked out in the pair's third bout last weekend and spoke out for the first time after his defeat. 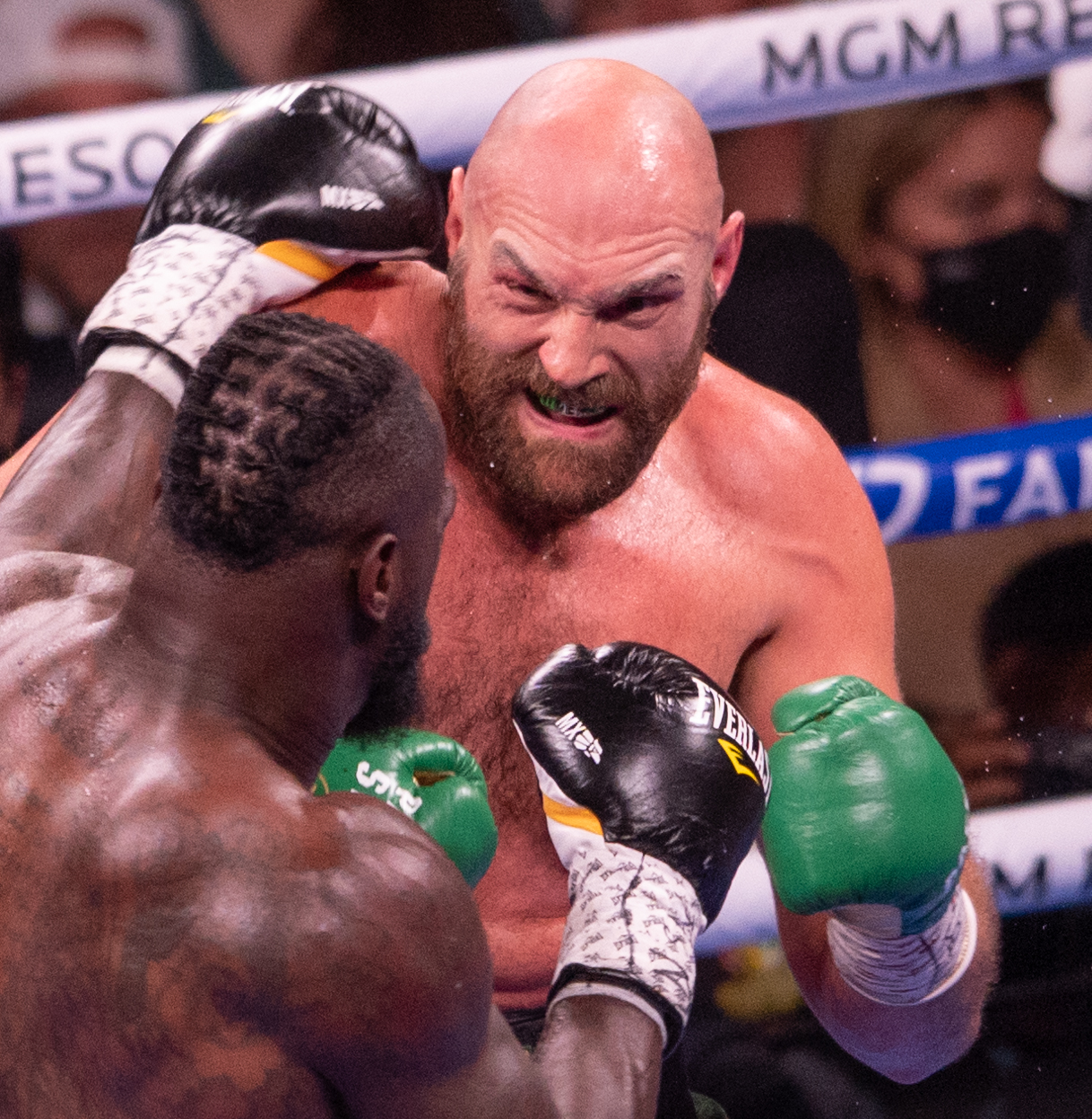 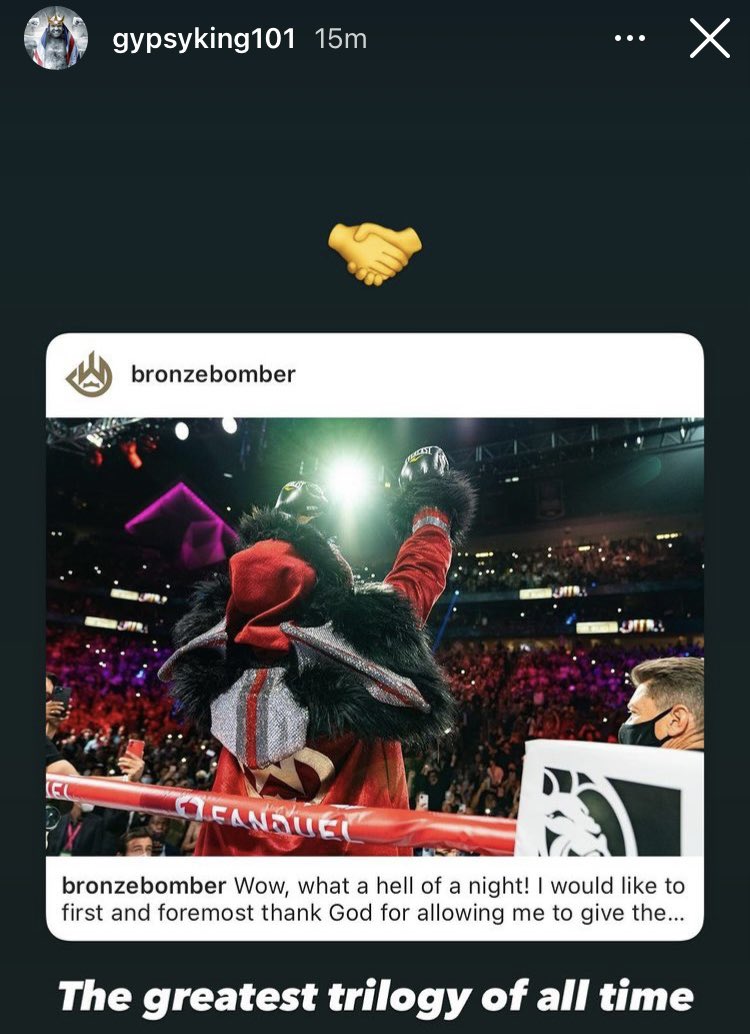 And Gypsy King Fury reposted the American's words of congratulations and said: "The greatest trilogy of all time."

Wilder was floored three times in the fight, but scored two knockdowns of his own in round four as he came within a punch of winning.

After the gruelling thriller, Fury attempted to make peace with his great rival, but was snubbed.

Footage even captured Wilder saying 'no love' and 'I will never respect you'.

But the former WBC champion, who was feeling the affects of the fight, later spoke out and was full of praise for Fury, 33.

Wilder, 35, posted: "I would be lying if I said that I wasn’t disappointed in the outcome but after reflecting on my journey, I now see that what God wanted me to experience is far greater than what I expected to happen.

"We didn’t get the win but a wise man once said the victories are within the lessons. I’ve learned that sometimes you have to lose to win.

"Although, I wanted the win I enjoyed seeing the fans win even more. Hopefully, I proved that I am a true Warrior and a true King in this sport.

"Hopefully, WE proved that no matter how hard you get hit with trials and tribulations you can always pick yourself up to live and fight again for what you believe in.

"Last but not least I would like to congratulate @gypsyking101 for his victory and thank you for the great historical memories that will last forever."

Wilder's co-manager Shelly Finkel also confirmed the Bronze Bomber DOES respect Fury, but was not in the right head space to embrace post-fight.

Finkel told SunSport: “Him and I have spoke about that and he does (respect Fury).

“I think his mind wasn’t really there, I think if Deontay saw Fury now he would give him a big embrace."