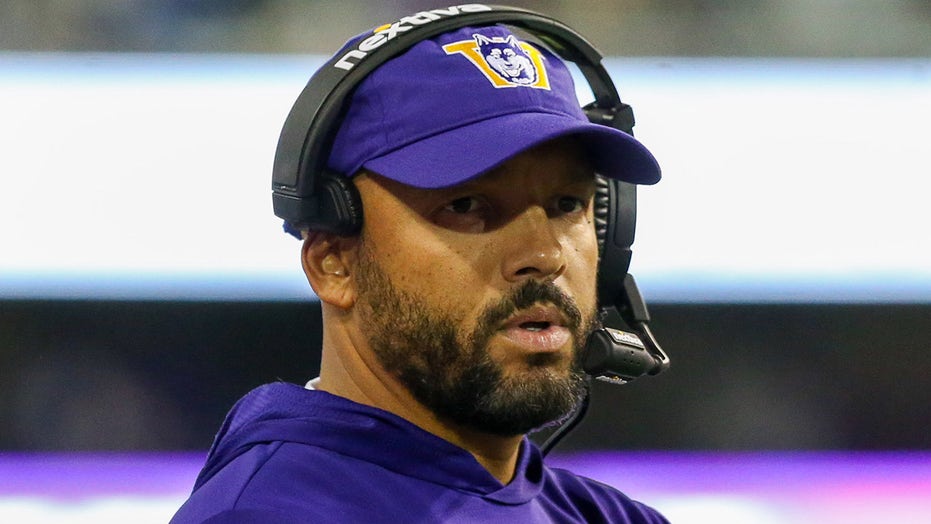 Washington football head coach Jimmy Lake was suspended one game Monday after he shoved one of his players in the facemask and pushed him toward the sideline in a game Saturday.

Lake was seen running down the sideline at linebacker Ruperake Fuavai, who had gotten into a skirmish with an Oregon player after the first-half kickoff. Fuavai was already on the sideline away from the play when Lake came rushing in. 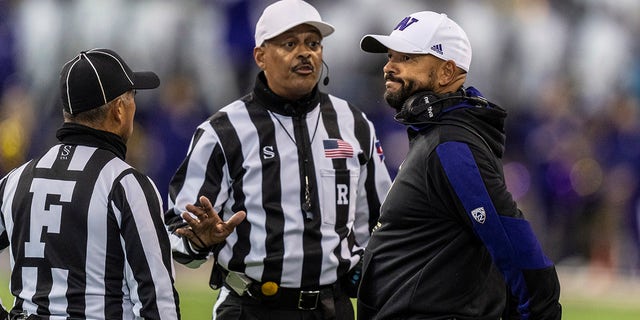 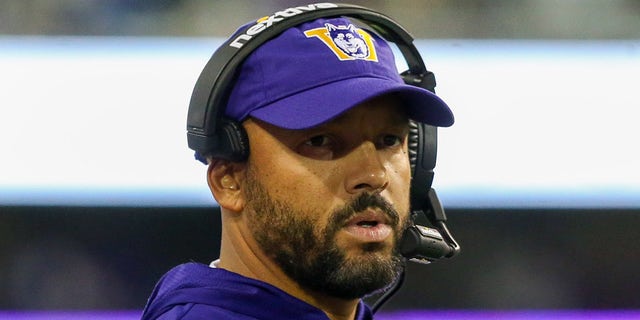 Head coach Jimmy Lake during a game between his Washington Huskies and the UCLA Bruins on Oct. 16, 2021, at Husky Stadium in Seattle.
(Jesse Beals/Icon Sportswire via Getty Images)

Lake claimed after the game Saturday that he was trying to keep the player back.

“I went in to separate them and push them back. After that, we settled down a little bit. That was our deal all week long was, ‘We got to have poise.’ We knew this was going to be a very heated matchup and there was going to be a lot of trash talking. And when we stepped in there, we were glad that a penalty wasn’t thrown on our guys to put us back even further on that kickoff return,” Lake told reporters, via ESPN.

He contended he didn’t strike Fuavai. 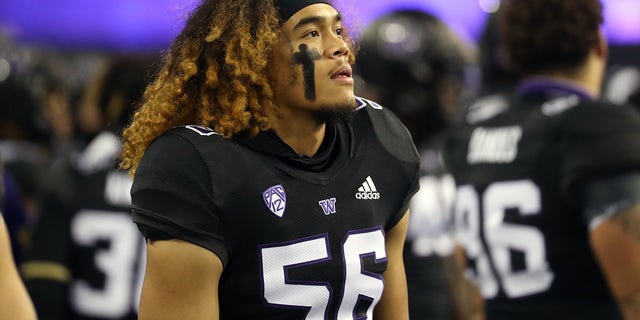 Ruperake Fuavai of the Washington Huskies during the game against the Arizona Wildcats at Husky Stadium on Nov. 21, 2020, in Seattle.
(Getty Images)

Fuavai is a freshman linebacker from Auburn, Washington.