The short answer to that question above is: yes. The reasons are more complicated and, like so many things these day, all related to the coronavirus.

The Champions League final is in Portugal for the second year in a row. This time, like last year, it was a late solution, and each time it required the consent of officials in Turkey, which has now lost the chance to host the final two years in a row. 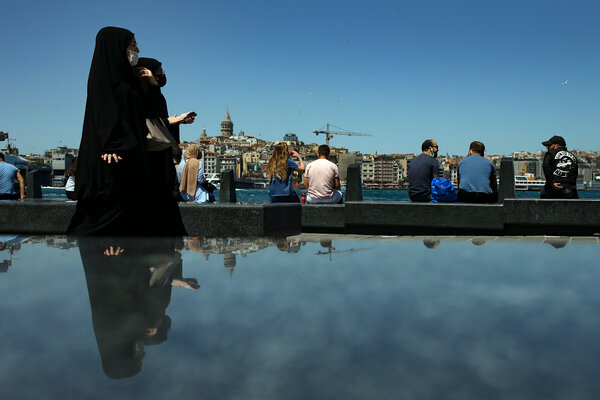 The decision earlier this month to move the final from Istanbul, which had recently re-entered a virus-related lockdown, came after discussions between European soccer leaders and British government officials, who had been seeking to bring the game to London, broke down over differences about quarantines and testing, among other issues.

When those talks failed, Portugal’s soccer federation raised its hand and offered to be a safe harbor again. From my colleague Tariq Panja earlier this month:

Discussions about a move were completed quickly. After City and Chelsea had confirmed the all-English final, and as talk swirled about a change of venue, Tiago Craveiro, the chief executive of the Portuguese soccer federation, reached out to UEFA. Officials at the soccer body were then reeling from that day’s sudden announcement that travelers from Britain faced severe restrictions for any travel to Turkey. That created a crisis that went well beyond questions about fan access.

Players on both sides faced the prospect of having to isolate for 10 days upon their return to Britain, creating doubts over their participation in the European Championship, the national team competition organized by UEFA that is second in size and importance only to the FIFA World Cup.

With Portugal on Britain’s green list — and thus subject to far less stringent travel rules — Craveiro offered to organize the final at short notice. Porto was picked because it did not get an opportunity to stage Champions League games last year when the event was confined in its Lisbon bubble.

05/29/2021 Sport Comments Off on Wasn’t this game supposed to be in Turkey?
Recent Posts