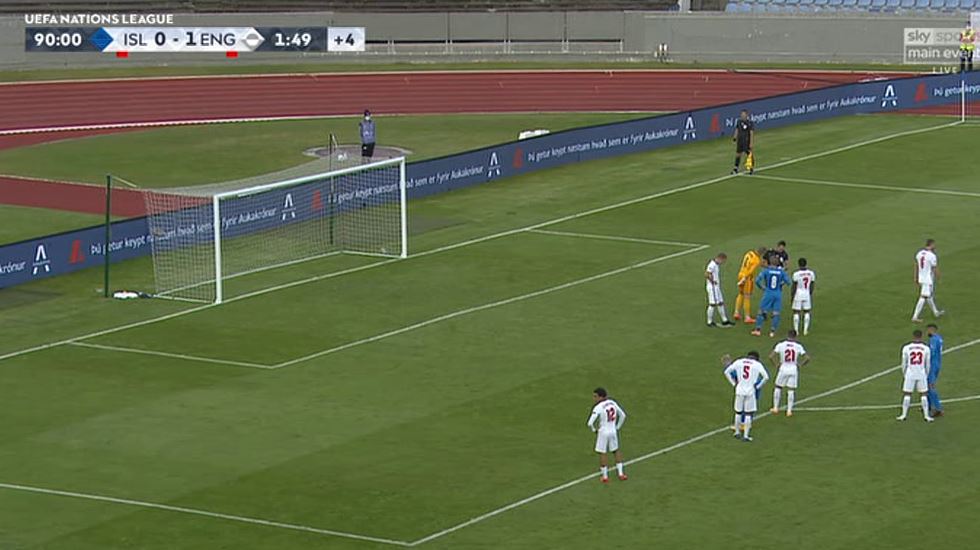 Boss Southgate insisted: “I haven’t seen it, so I couldn’t comment.”

Kyle Walker was also sent off and Southgate said it felt like his team “got out of jail” after a dramatic final 20 minutes saw two red cards and two spot-kicks.

Walker apologised to his team-mates and in public for the reckless challenge that earned him a second yellow as he became the 14th Three Lions player to see red.

But Raheem Sterling scored a stoppage-time penalty after Iceland defender Sverrir Ingason blocked the City star’s shot with his arms and earned a second booking.

Moments later, defender Joe Gomez clumsily fouled Holmbert Fridjonsson in the box to give the hosts the chance to snatch a point.

Former Aston Villa midfielder Bjarnason placed the ball at the very front of the spot and then skied his kick.

Southgate was more bothered about the mistakes by Walker and Gomez than Ward-Prowse’s alleged gamesmanship.

The former Three Lions defender said: “Kyle has held his hands up in the dressing room. 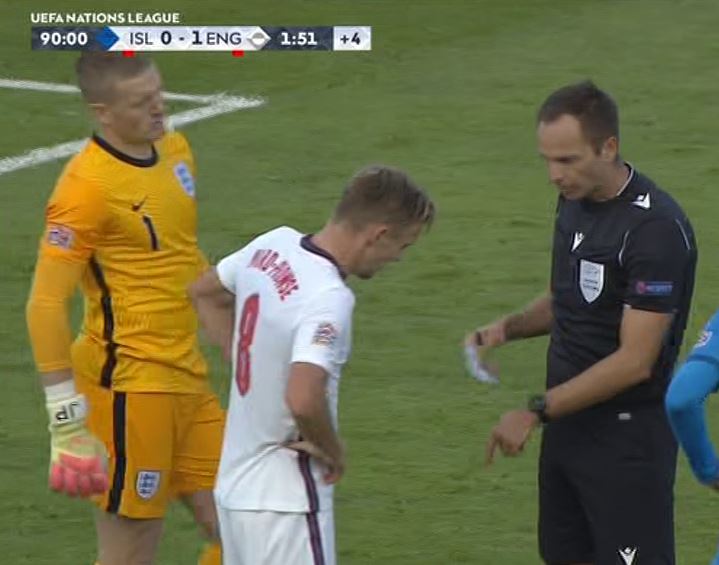 “He realises as an experienced player those sorts of challenges in these games, and while on a yellow card, invite the opportunity for the ref to make decisions.

“And it was right. We have talked over the years about discipline. In tournaments, the number of times we have gone out with ten men has proved critical.

“It’s not something we want to see again.”

Walker must fear he will not be seen in an England shirt again after blowing his chance.

The Manchester City defender, recalled by Southgate after 15 months out of the squad, said: “I have to take full blame.

“I’m an experienced player — and I should know when I’m on a yellow card.

“To make a reckless challenge like that is just not acceptable from me.”

But England had been struggling even before Walker’s dismissal. Southgate’s men looked under-cooked and uninspired against an Iceland side that kept 11 men behind the ball in this Nations League clash in Reykjavik.

But the Three Lions head coach insisted that the lack of sharpness — especially in the final third — was only to be expected because the players had such limited time to train properly since the end of the delayed 2019-20 season.

Southgate said: “If we had scored the late penalty and that had been the end of it, then we’d have been talking about a performance of great character and how we got through it.

“We then give a really poor penalty away — and it feels like we got out of jail.

“So mixed emotions. Really pleased with the players that we got the win, two big lessons to learn from, and the rest is kind of understandable given the point of the season we are at.”

09/05/2020 Sport Comments Off on Watch as James Ward-Prowse scuffs penalty spot before Iceland’s missed spot-kick that handed England victory
Recent Posts
We and our partners use cookies on this site to improve our service, perform analytics, personalize advertising, measure advertising performance, and remember website preferences.Ok