CRISTIANO RONALDO appears to throw a strop after Portugal team-mate Bernardo Silva is named Nations League Player of the Tournament.

The Manchester City midfielder, 24, was awarded the top individual prize despite Ronaldo's hat-trick against Switzerland in the semi-final. 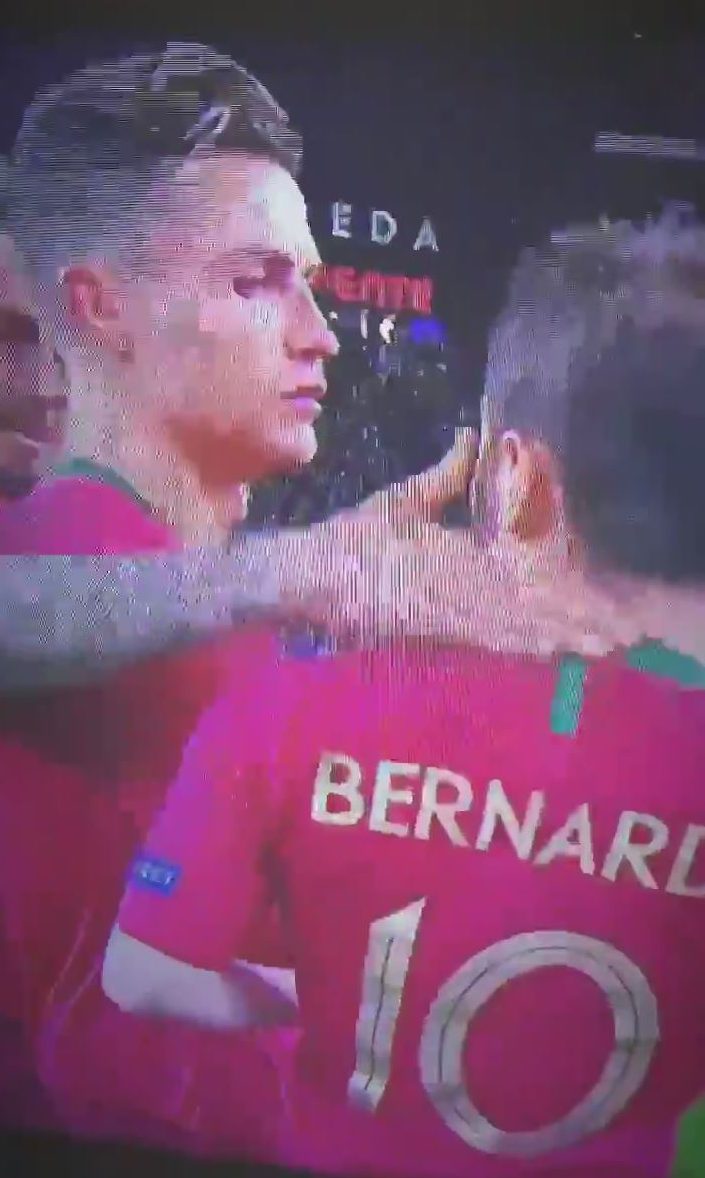 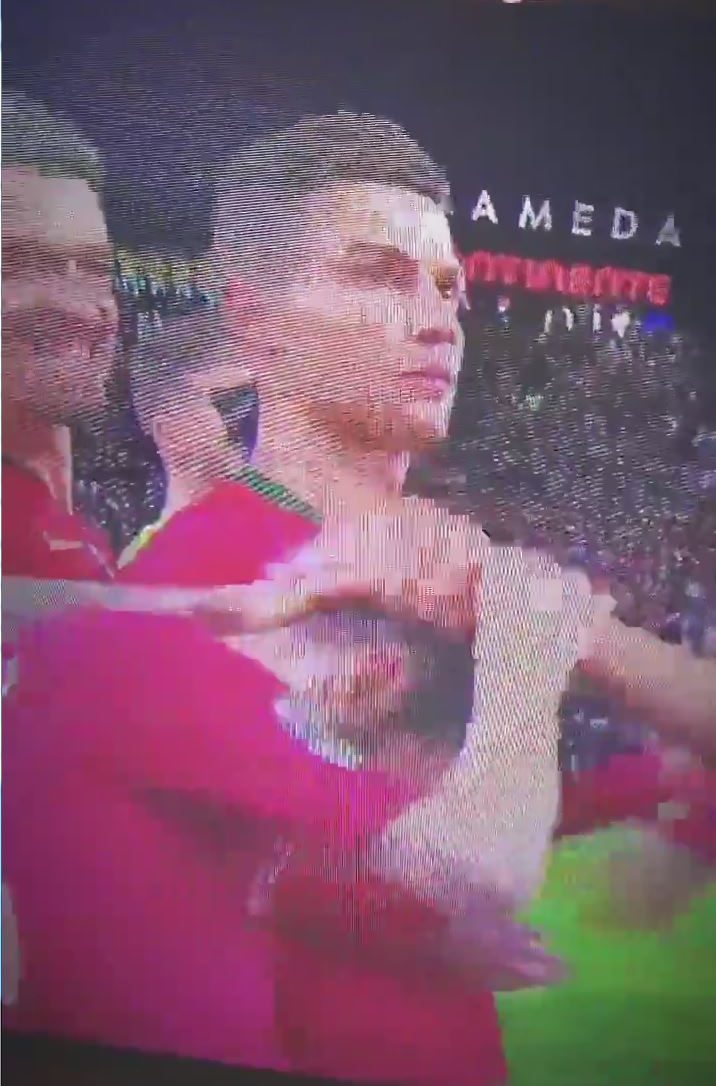 Cameras captured the moment the Juventus superstar found out he had missed out – despite playing only two of his country's games en route to victory.

Silva's name was read out over the speakers at the Dragao stadium in Porto, Portugal, and he is immediately congratulated by team-mates.

But Ronaldo simply turns to his fellow countryman, shakes his head, appears to mutter something and then turns away, without showing any signs of congratulation.

Some Twitter users were quick to pick up on the perceived diss.

One wrote: "This is a bloke who has strops when team-mates score rather than him. The ego has no bounds."

And another said: "How can someone like this guy?"

A fellow user posted: "Not really how a captain is meant to conduct himself."

'EGO HAS NO BOUNDS'

Silva provided the assist for Goncalo Guedes' second-half strike – enough to see off Holland 1-0 after England finished third courtesy of a penalty shoot-out win over Switzerland.

At least Ronaldo, 34, could celebrate with the trophy and stunning girlfriend Georgina Rodriguez.

Georgina, 25, was there to witness it all as she was spotted sipping a large glass of wine from a private box overlooking the pitch.

The Spaniard, dressed in a white jumpsuit with a matching leather handbag, had a huge grin on her face as her fella out his nation for kick-off.

And she was in good company, with the superstar’s eight-year-old son Cristiano Jr – the oldest of the forward’s four kids – sat alongside his grandma and Ronaldo’s mother Maria Dolores dos Santos Aveiro, who wore a vibrant red trouser suit.

Despite the video evidence, Ronaldo spoke of his desire to help the younger players in the squad after winning the inaugural Nations League.

He said: "Portugal national team is going through an incredible moment since 2016, when we won the Euros. 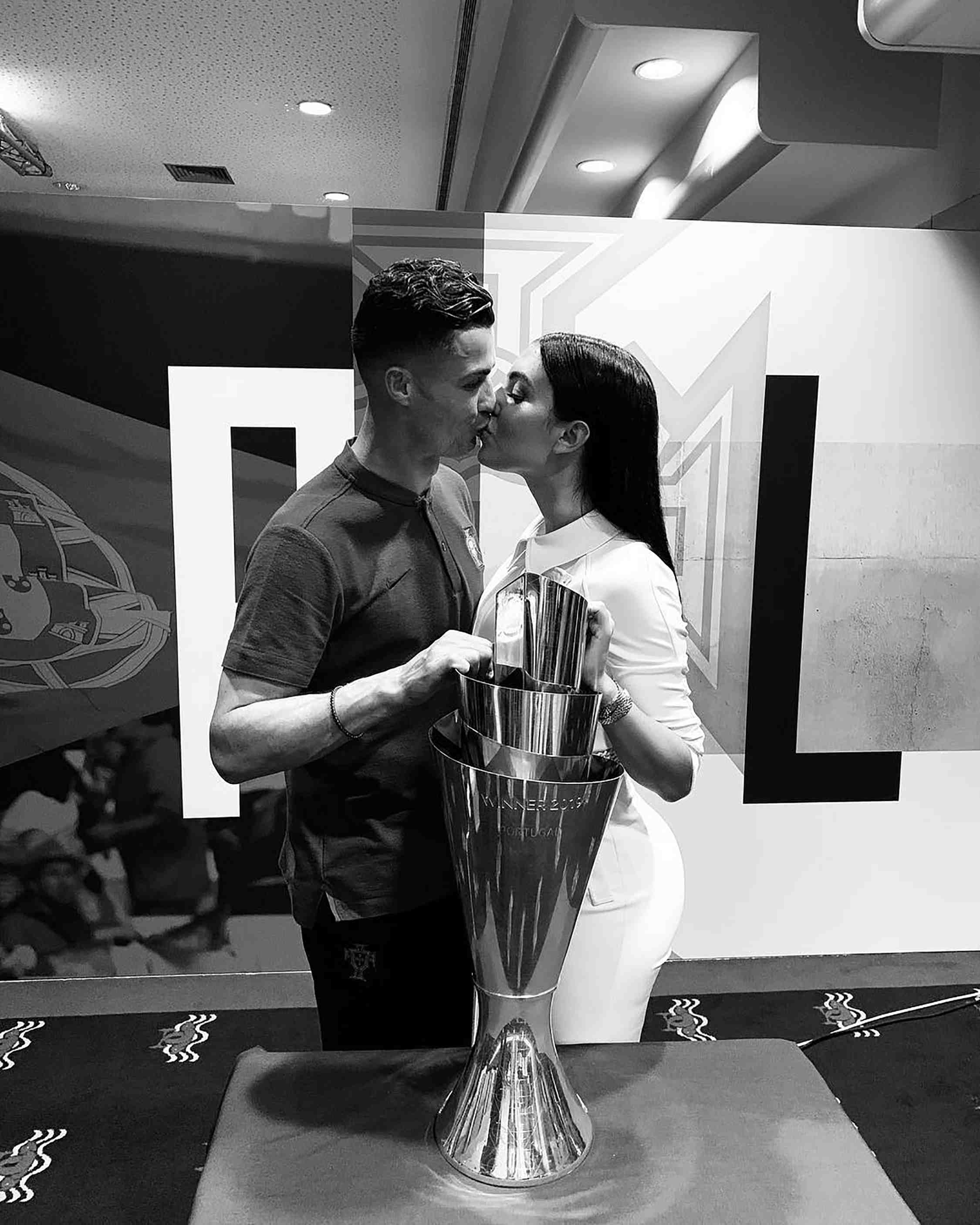