TYSON FURY has wished himself a happy anniversary to celebrate five years since he beat Wladimir Klitschko.

Fury claimed the WBA (super), IBF, WBO and IBO titles as he defeated Klitschko, who was 11 years unbeaten at the time, in Dusseldorf by unanimous decision in November 2015. 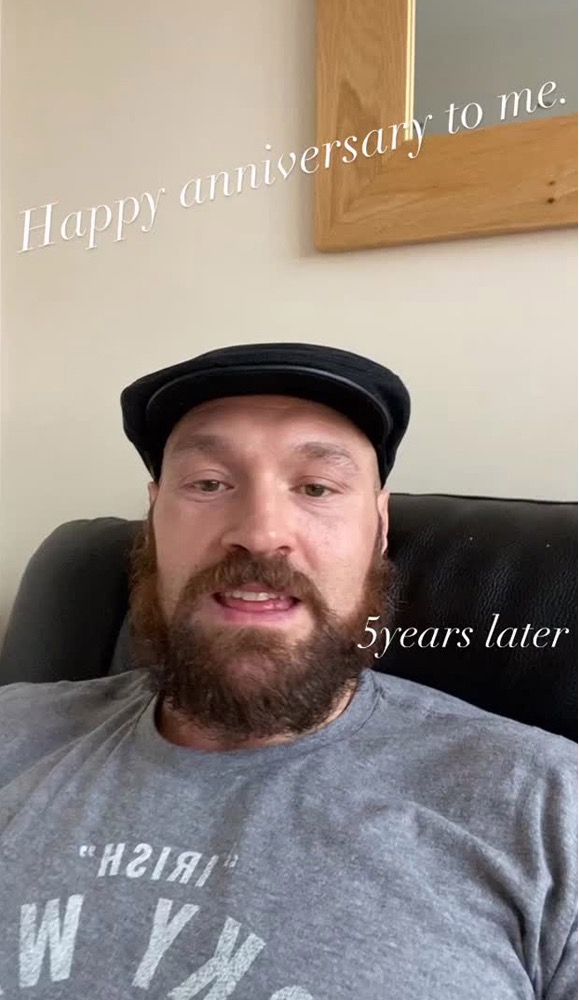 Posting a video to his Instagram stories, the two-time heavyweight world champion shared a video commemorating his victory over the Ukrainian from the comfort of his sofa.

Fury said: "Happy anniversary to me.

"Five years since I battered Klitschko, the undefeated man for 11 years.

"And it took the old bald-headed Gypsy King to go to Germany and give him a good hiding.

"And take all of his belts and then chuck them all in the bin.

Never one to miss a chance to stir the pot, Fury added: "Me Dad said and ruin his life too, get up there you big Ukrainian dosser."

In the aftermath of his fight with Klitschko, Fury struggled with depression and swelled to 150kg before failing a drug test and vacating his belts. 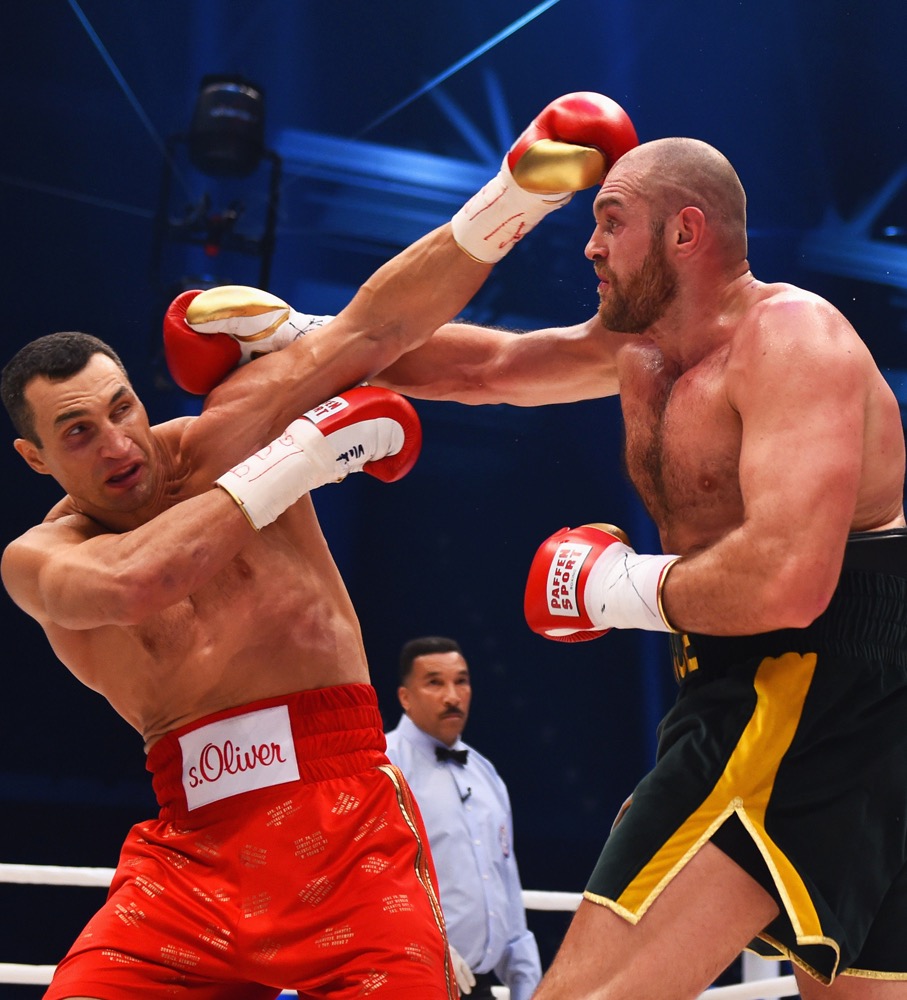 He returned to the ring in 2018 before challenging Deontay Wilder for the WBC heavyweight title later that year.

After a draw in their first fight,the Gypsy King completed his comeback in February 2020 with a seventh-round TKO of Wilder in their rematch to become the WBC title-holder.

A potential trilogy fight with Wilder was scrapped last month following a dispute between the pair and Fury was instead set to fight Agit Kabayel in December, although that bout has also been axed.

Fury now looks set to target an undisputed clash with Anthony Joshua next year, which Matchroom boss Eddie Hearn has suggested could take place in May or June.

11/28/2020 Sport Comments Off on Watch Tyson Fury wish himself happy anniversary for Klitschko win and laugh at taking belts then 'throwing them in bin'
Recent Posts
We and our partners use cookies on this site to improve our service, perform analytics, personalize advertising, measure advertising performance, and remember website preferences.Ok