ZLATAN IBRAHIMOVIC was up to his old tricks – quite literally – as he smashed in a sensational bicycle kick for LA Galaxy.

The Swedish striker, now 37, rolled back the years with another of his trademark finishes. 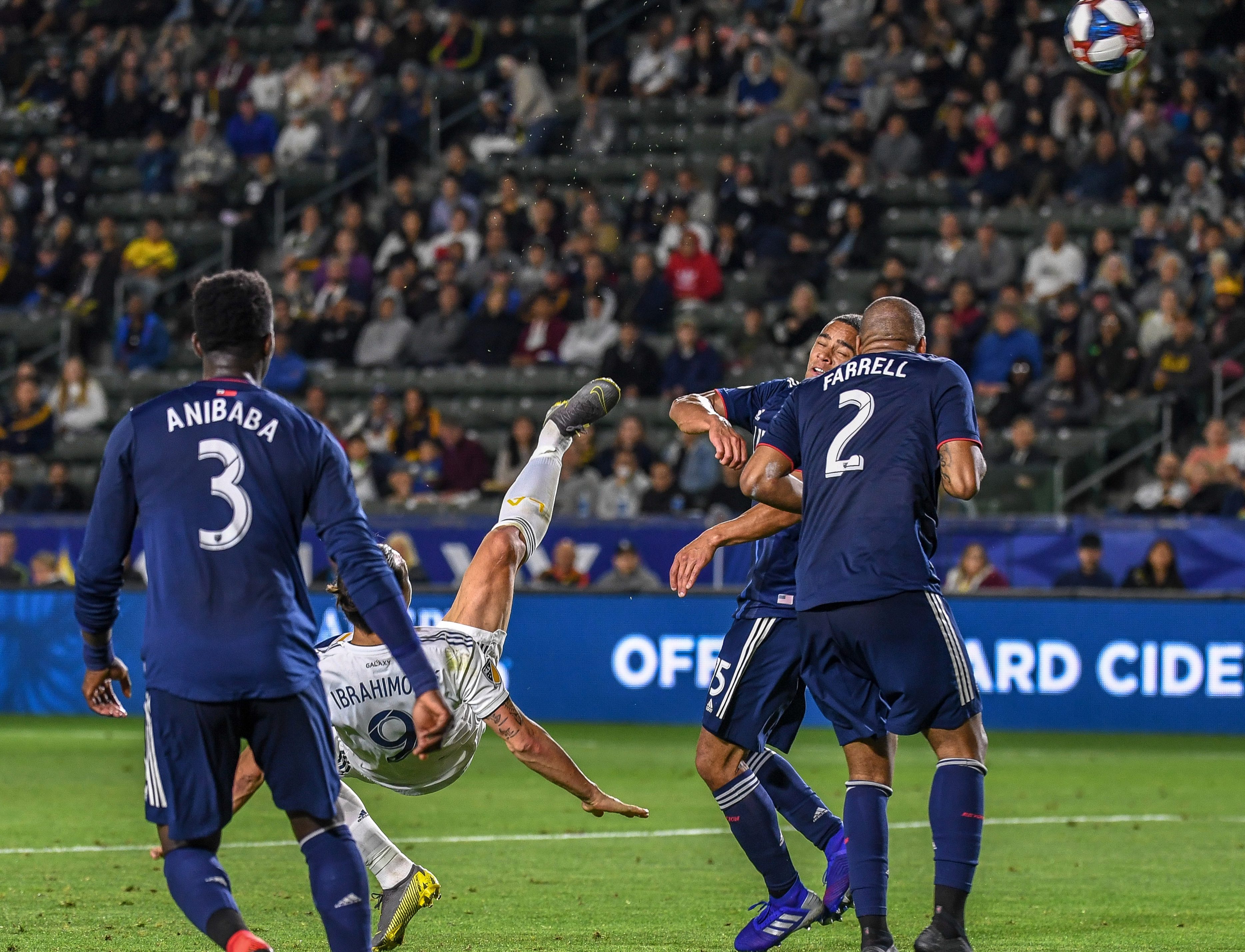 After a long throw into the box, the ball was flicked on before Joe Corona showed good feet to help it on again.

Then it was all about Zlatan.

He brought it down on his chest, facing the goal, around ten yards out.

But with two defenders closing in on him, the giant Swede flicked the ball back up and behind him.

Turning away from goal and under pressure from the defender, he suddenly launched himself into the air.

And Ibra got the sweetest of connections on the overhead kick to send it flying into the back of the net.

The crowd and his team-mates went wild but Zlatan – being Zlatan – simply got up, walked backwards and stared out the goalkeeper to celebrate before running back to the centre-circle.

But while it will certainly be in the running for Goal of the Season, Ibrahimovic's heroics were not enough to prevent the Galaxy slipping to defeat.

New England already led 2-0 last night before Zlatan – who was banned in May for two matches for grabbing an opponent's throat – powered home for what was in the end a mere consolation.

Ibra's goal was mightily impressive – the kind we have got used to seeing from the 6ft 5ins forward over the years.

But it did not come close to his greatest goal, when he produced an utterly-ridiculous finish against England in 2012.

In the game to open Sweden's new stadium, he scored all four – from four shots on target.

The pick of the bunch was his 30-yard overhead kick in injury time following Joe Hart's headed clearance as debutant Ryan Shawcross slid into the goal in vain. 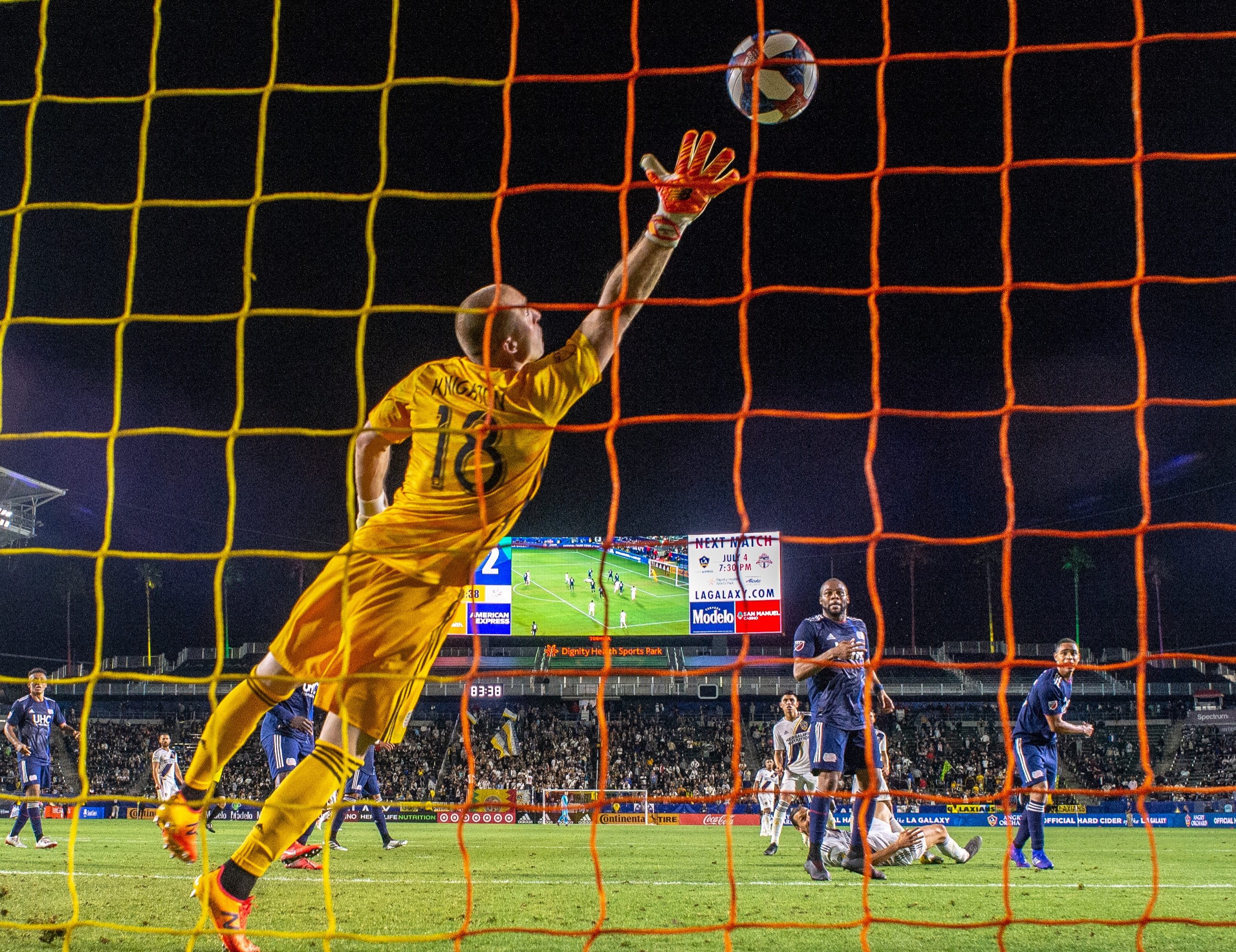 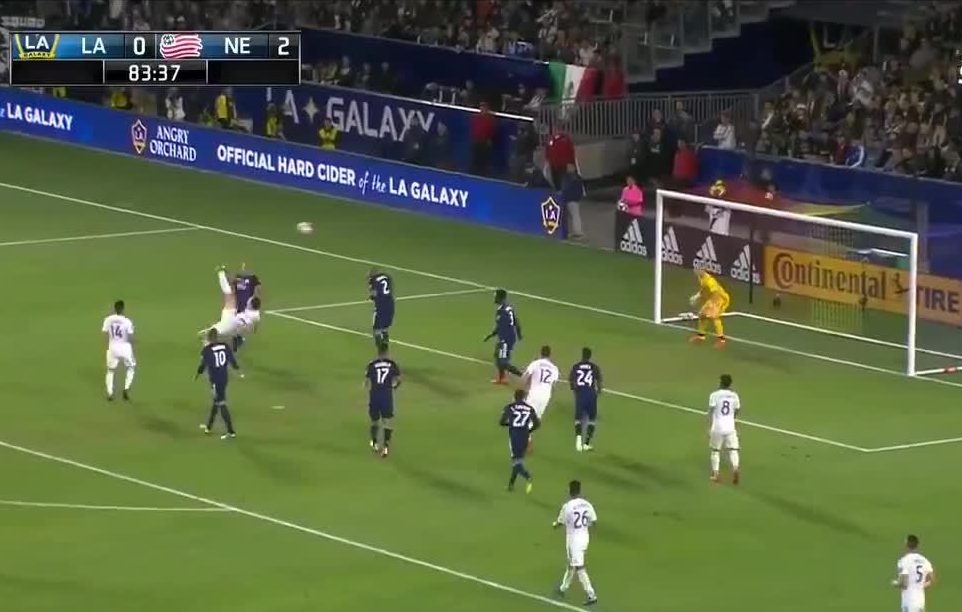