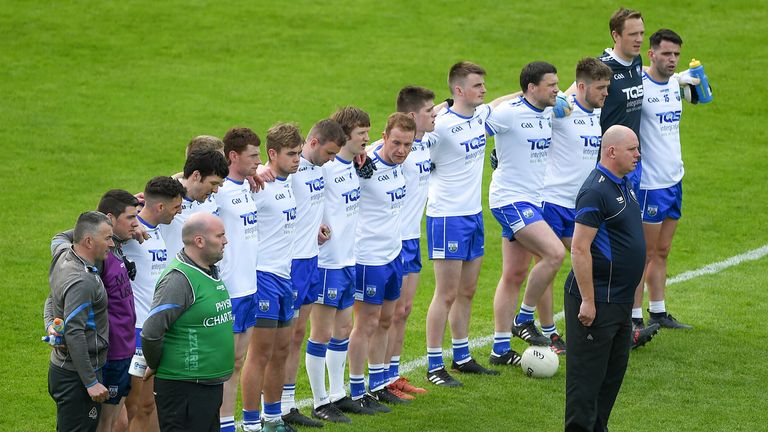 The Waterford footballers will not be fulfilling this weekend’s National League match away to Antrim, opting to concede due to travel concerns.

The Deise were already out of the race for promotion, and announced they would not make the journey due to coronavirus fears. They also cited that employers of several players involved were demanding a 14-day isolation period if they travelled north of the border.

“Unfortunately, having weighed up all the options and having regard to the genuine concerns of our players, we had no choice but to concede our final league match versus Antrim this weekend,” read a statement.

“At the end of the day, our players come first as they have put everything on the line to date to make themselves available to play for their county and irrespective of the impact our decision may have on the final league standings, the management team felt obliged to respect their health and welfare concerns in not wanting to have to travel to Antrim this Saturday for a 2pm throw-in.

“We wish to acknowledge that several options were considered and proposed but for varying reasons, were not a runner.

“These included a request issued to Antrim to play the game at an alternative venue closer to Dublin with a view to reducing the travel time to the game and allay any concerns that players had with travelling to the North given the current Covid-19 situation there.

“The decision was reached following the withdrawal of a number of the panel members due to:

“Serious consideration was given to these two major factors along with the possibility of any incidence of coronavirus transmission to any of our travelling playing group with a turnaround time of seven days to the Munster Championship.

“We would like to reiterate that Waterford were and are prepared to play our final League game against Antrim at a neutral venue in the Republic and we think that given the current circumstances, this is a reasonable request.”

Watch Inside The Game every Wednesday evening on Sky Sports Mix. You can catch up on previous episodes on the Sky Sports YouTube channel.

10/22/2020 Sport Comments Off on Waterford concede National League match away to Antrim due to travel concerns
Recent Posts
We and our partners use cookies on this site to improve our service, perform analytics, personalize advertising, measure advertising performance, and remember website preferences.Ok