WEST HAM signed off their impressive calendar year with a storming comeback which claimed their first win in four games.

The Hammers slipped out of the top four during a dismal December. 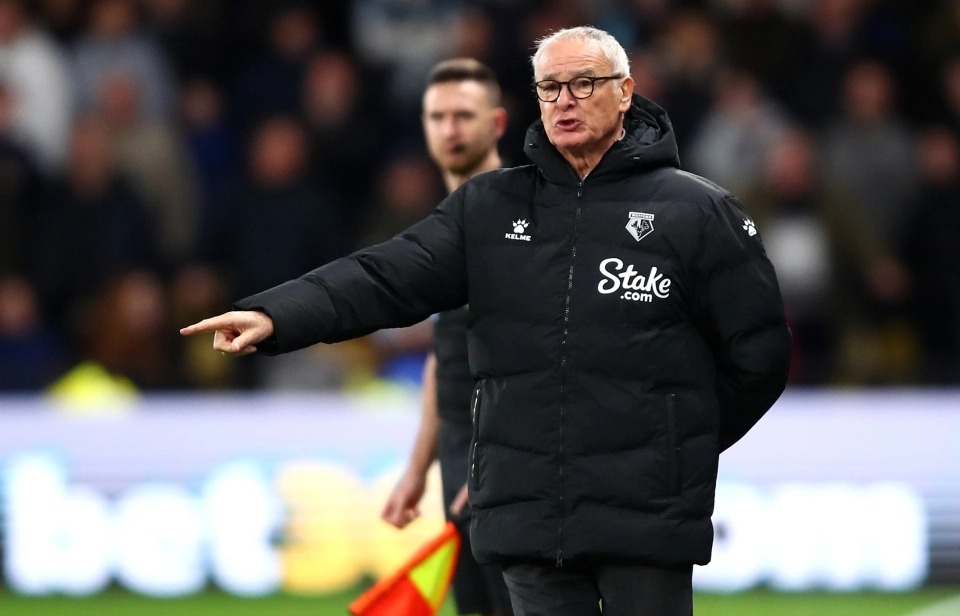 But they re-ignited their season by cruising back into command at Vicarage Road despite the shock of Emmanuel Dennis' fourth-minute opener for Watford.

Thomas Soucek and Said Benrahama struck twice inside two minute for the east Londoners before half-time.

Croatian substitute Nikola Vlasic wrapped it up with a fourth in added time as he scored from 10 yards after the impressive Bowen cut in from the left for his third assist.

That ensured a miserable return to action for Watford who were in action for the first time in 18 days following Covid-19 postponements – and suffered a fifth straight defeat.

It had been a successful 2021 for the Hammers with a sixth place finish last season and a progress to the Europa League's last 16. 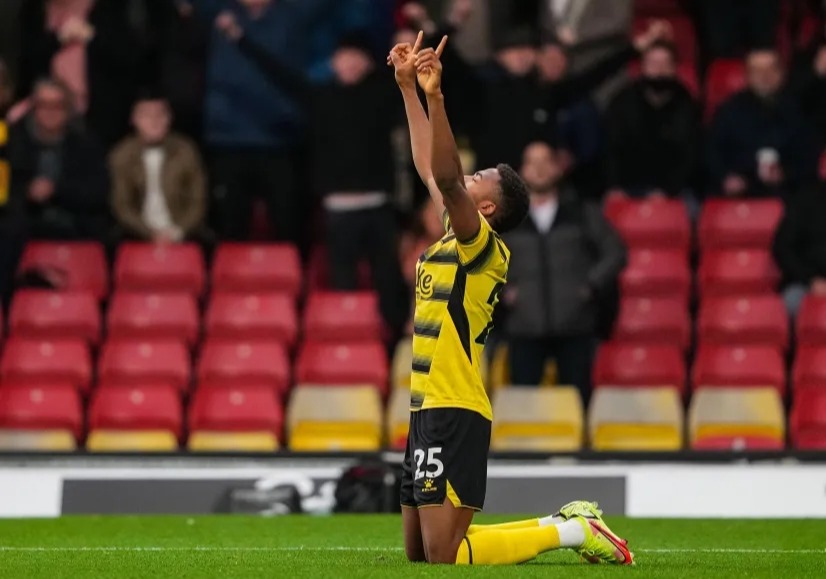 But they were still in need of a lift at its end after a bleak mid-winter.

Their form had slipped amid a defensive injury crisis – with just one win in the previous seven league games.

On the other hand, it had also provided a back-handed sort of relief as their last outing at Brentford on December 10 had delivered their fourth straight defeat.

Yet if Ranieri had been concerned about rung rust, there seemed to be no need as his side stormed in front after only four minutes. 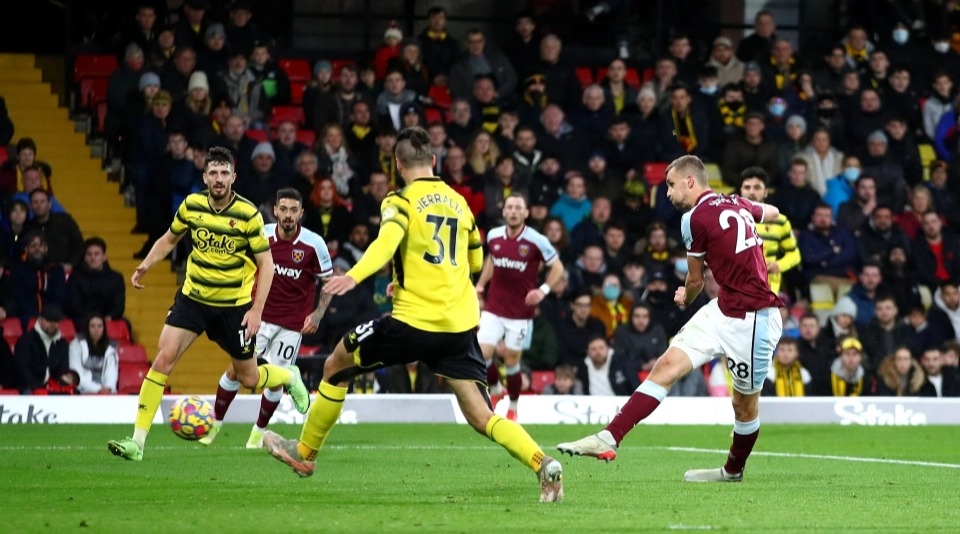 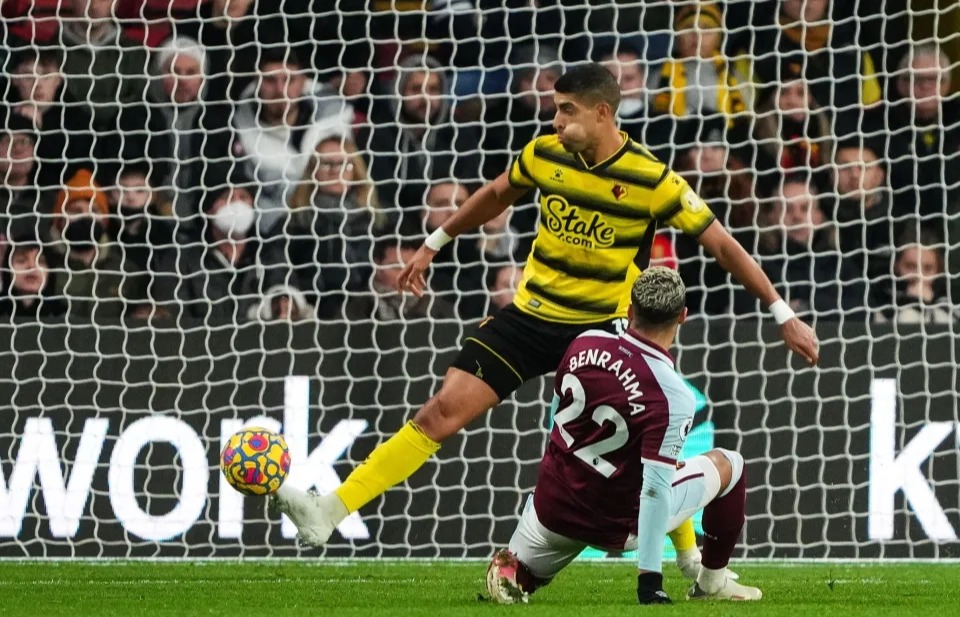 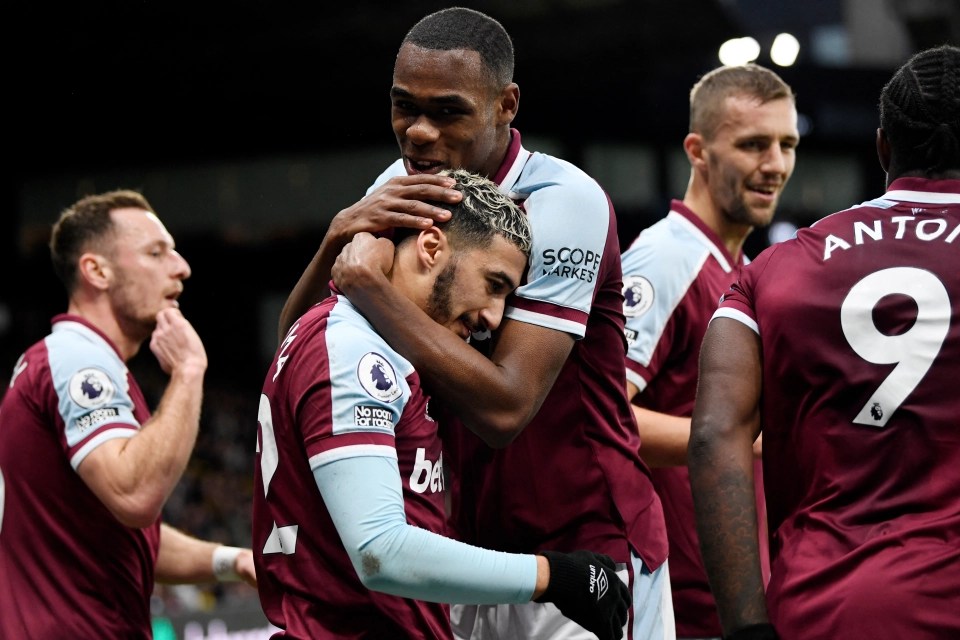 Josh King slipped a smart short ball through the middle where it was collected by Dennis – who took a couple of tricky skips along the 18-yard line before clipping a superb arced finish beyond Lukasz Fabianski.

It was the Nigerian striker's eighth goal of the season – and his sixth in his eight most recent Premier League appearances.

Irons' boss David Moyes must have quickly been left pondering the fact that his men were playing for the second time in three days while Watford had nearly three weeks off.

But West Ham quickly threatened to hit back with Benrahma whipping a curling 20-yarder against the bar in the 10th minute.

Jarrod Bowen and Michail Antonio then both had efforts blocked as the visitors began probing more persitently for a way through. 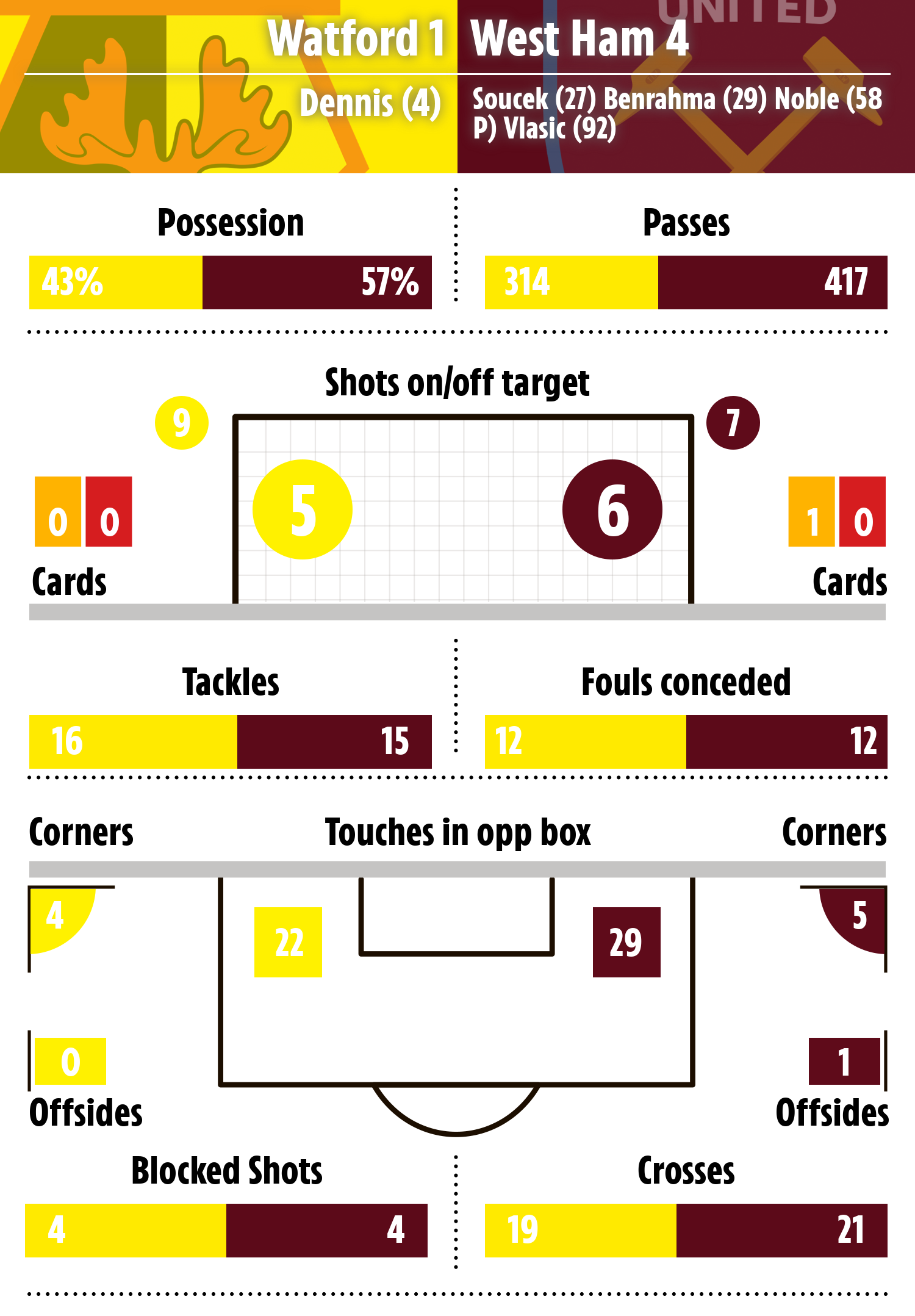 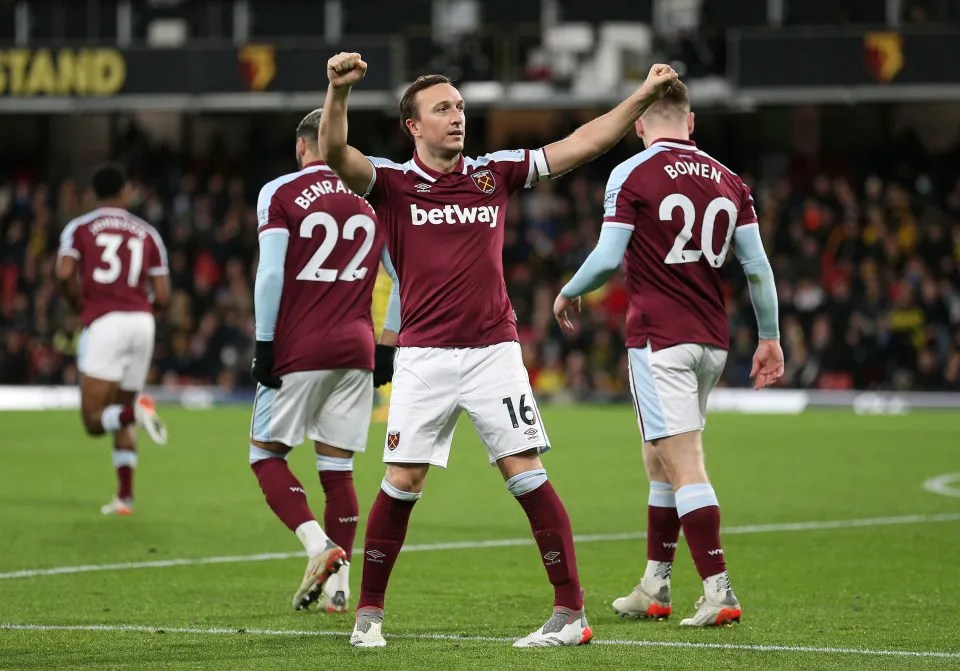 And it paid off in the 27th minute when Bowen opened things up with a clever through ball and Soucek fired home the leveller with a precise angled shot from 12 yards.

West Ham then surged in front just two minutes later when Antonio thundered down the left and crossed for Benrahma to aim in another 12-yard strike – with the aid of a deflection off home defender Adam Masina.

It confirmed that Watford's great start had been deceptive and they did not threaten again before half-time.

West Ham had the ball in the net within three minutes of the re-start when Bowen hooked home from close range.

But VAR ruled that Soucek had fouled Watford's Dennis in the build-up and the goal was scrubbed out. 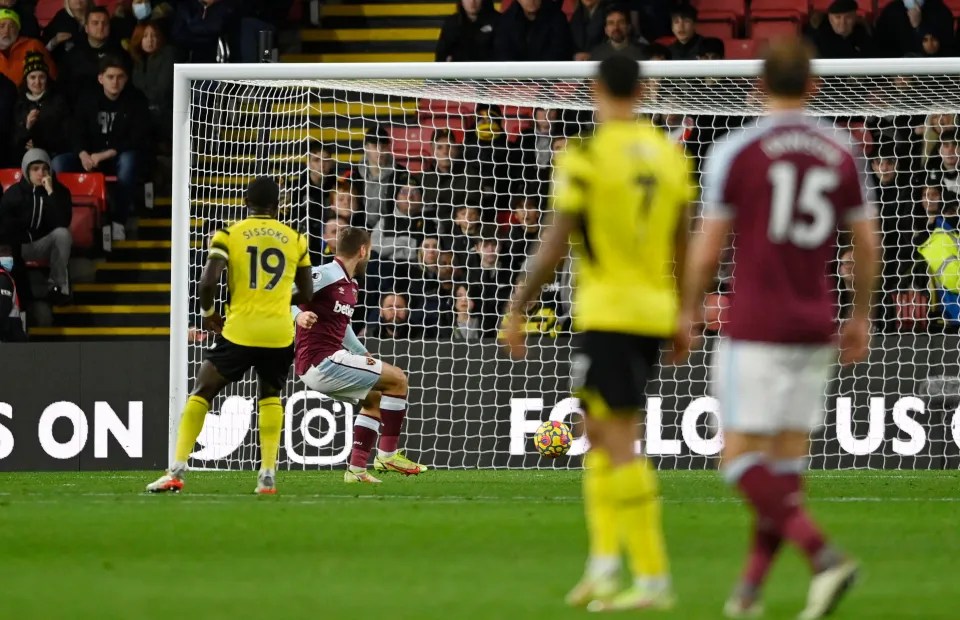 Then Watford came back to life in the 51st minute when skipper Moussa Sissiko forced a diving punch clear from 'keeper Fabianski with a thumping 15-yard drive.

The home side offered little in the way of a reply until Josh King got clear and forced a full-stretch save from Fabianski in the 72nd minute. And Vlasic's late goal put the icing on the cake for West Ham just before the end