NFL commissioner Roger Goodell on the business of the league

Tepper paid at least $2.2 billion to acquire the Panthers from previous owner Jerry Richardson in 2018. The deal set an NFL record for most money ever paid for a team and established Tepper as the league’s wealthiest owner.

Tepper’s deep pockets played a key role in the Panthers’ search for a new head coach following the 2020 NFL season. He hired Matt Rhule, then head coach at Baylor University, to a seven-year deal worth as much as $70 million – far more money than first-time coaches in the NFL typically receive.

WHAT IS JERRY JONES' NET WORTH? 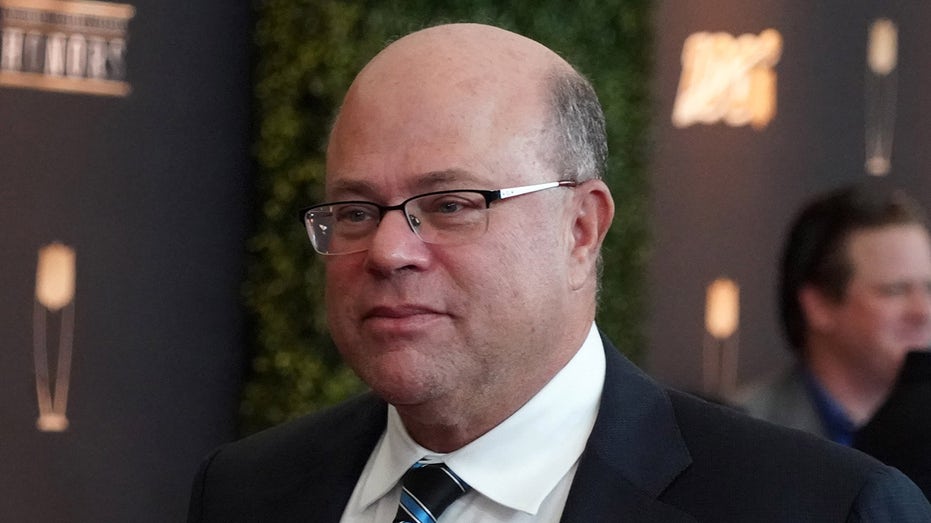 The Panthers are just one asset in Tepper’s massive investment portfolio. He has a personal net worth of $12 billion, according to Forbes.

WHAT IS CONOR MCGREGOR'S NET WORTH?

After starting his career at Goldman Sachs, Tepper founded his own hedge fund, Appaloosa Management, in 1993. In May 2019, Tepper converted his hedge fund to a “family office,” focused only on his own investments rather than those of clients, in order to focus his attention on running the Panthers. At the time, the fund managed about $13 billion in assets.

Prior to buying the Panthers, Tepper owned a minority stake in the Pittsburgh Steelers. But the NFL is just one sports league in which Tepper is active.

Major League Soccer awarded its 30th franchise to the city of Charlotte in a bid led by Tepper. The Charlotte franchise is set to begin play at Bank of America Stadium, also home to the Panthers, in 2021.

Tepper committed to investing $425 million of his own money to launch the franchise, including a $350 million expansion fee paid to other MLS owners.

Related posts:
02/15/2020 Sport Comments Off on What is David Tepper's net worth?
Recent Posts
We and our partners use cookies on this site to improve our service, perform analytics, personalize advertising, measure advertising performance, and remember website preferences.Ok