The matchup pits a collection of talented Americans against a French team that has honed its game by playing together over time. 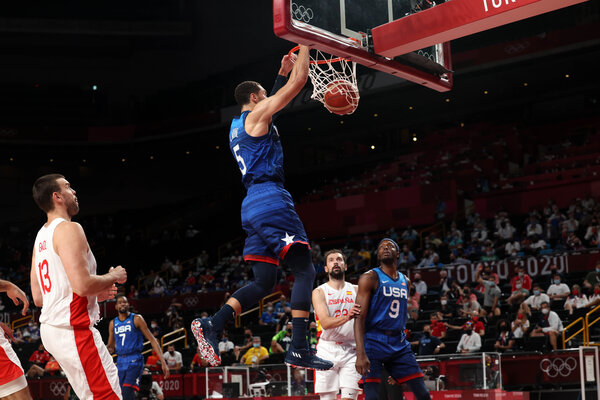 TOKYO — The men’s basketball tournament at the Tokyo Olympics comes to a close on Saturday with a gold medal game between the United States and France in the morning (Friday night in the United States) and a third-place matchup between Australia and Slovenia later in the day.

08/06/2021 Sport Comments Off on What to Watch in the U.S.-France Men’s Basketball Gold Medal Game
Recent Posts