BREAKING NEWS: ‘I’m not playing until we switch that machine off man!’: Joe Salisbury and Rajeev Ram briefly REFUSE to play on over a controversial Hawkeye call… with the No 1 seeds demanding technology is turned OFF during Wimbledon quarter-final

A Wimbledon men’s doubles quarter-final descended into chaos when No 1 seeds Joe Salisbury and Rajeev Ram briefly refused to play on until Hawkeye was turned off, following a controversial call on a break point.

Brit Salisbury and American partner Ram believed they had taken a key break at 5-5 in the second set.

Opponents Nicolas Mahut and Edouard Roger-Vasselin quickly challenged, despite it appearing long, and they were successful when the Hawkeye replay showed it had caught the line.

‘No way man!’ fumed Ram. ‘That is absolutely ridiculous.’

Salisbury quickly added that he would not continue playing until the machine was turned off, something chair umpire Fergus Murphy refused to do.

The No 1 seeds returned to their courtside seats and refused to play on, despite Murphy repeatedly insisting they would not be turning Hawkeye off.

‘There’s no way,’ Ram continued with his rant, ‘no way at all. We’re turning the machine off. We’re not in the future here man.’

‘There is NO chance that is in,’ said Salisbury. ‘You know it is wrong. Can you get the supervisor?’ 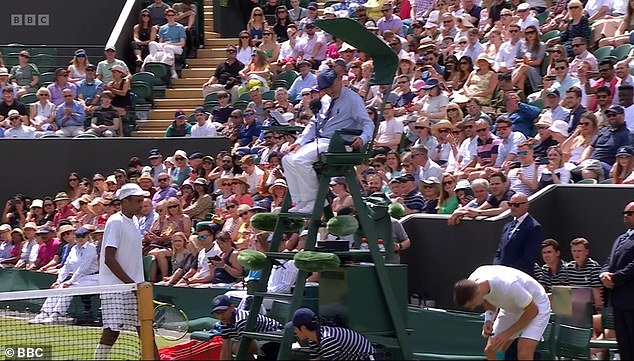 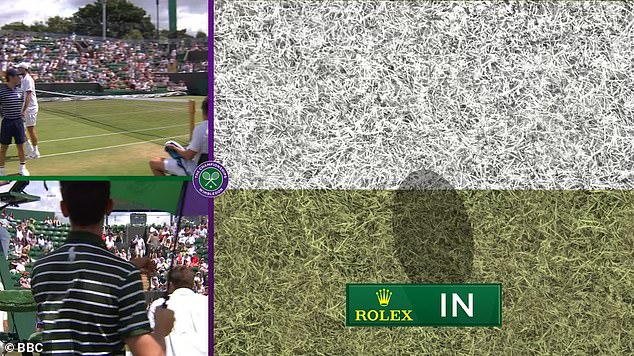 The No 1 seeds were convinced they had broken, only for the challenge to show the ball as in 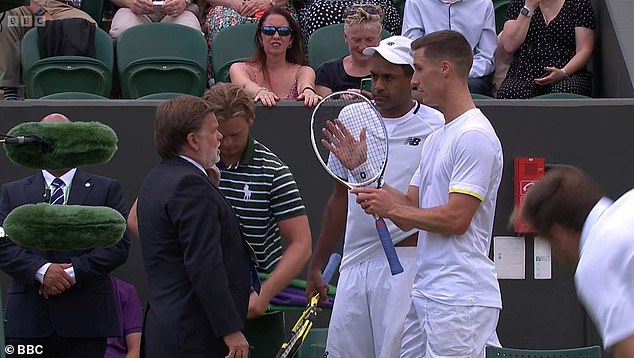 Incensed by the call, Salisbury and Ram vented to the court supervisor, and they demanded that the Hawkeye machine was turned off for the remainder of the quarter-final on Court 2

The supervisor came on court in a bid to placate the furious pair but they continued to insist that the machine isn’t working and has to be turned off.

Told that he would investigate, the supervisor disappeared and Ram and Salisbury were ordered to play the remainder of the second set, which they went on to lose 7-6 in a tie-break.

The moment with a break point opportunity up 40-30 at 5-5 was a match-defining point and the pair sat down at the end of the second set furiously shaking their heads.

Replays looked to show the shot from Roger-Vasselin clearly go long but the technology supported the French pair and said it had in fact caught the line. 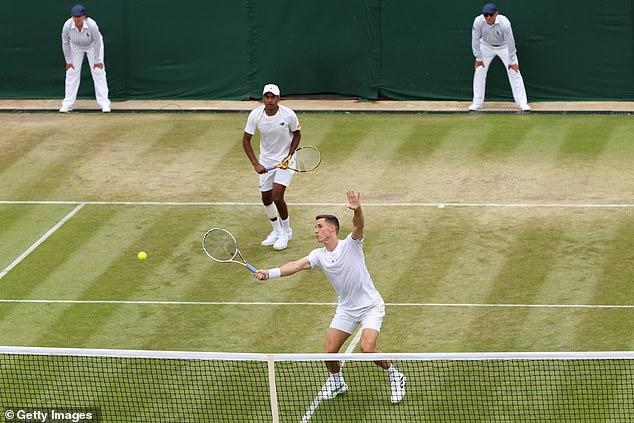 Ram and Salisbury struggled in their attempts to refocus in the following games, going on to lose the tiebreak 7-1, having ran away with the first set 6-3.

Ram in particular was still visibly irritated prior to the third set, sat on his chair shaking his head.

But the pair were able to reset themselves and they quickly raced into a 3-0 lead in the third set, securing an early break to re-establish control of the quarter-final clash.

After the third game in the third set the court supervisor re-appeared and appeared to tell a disbelieving Ram that they believed the call was in-fact correct to which the reply came: ‘Really?!’

Salisbury and Ram have never won Wimbledon but are two-time Grand Slam champions after winning the Australian Open in 2020 and the US Open in 2021. 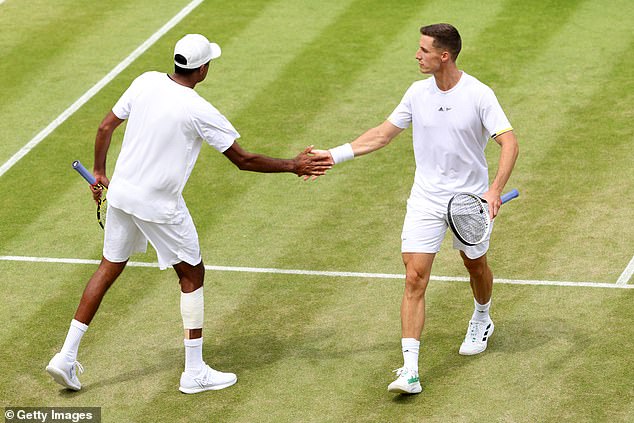 They were able to steady the ship, going on to dominate the third set and re-take control

07/06/2022 Sport Comments Off on Wimbledon: Salisbury and Ram REFUSE to play on over Hawkeye call
Recent Posts