WOLVES duo Ruben Neves and Max Kilman suffered a nasty clash of heads after the pair collided when jumping for the same ball.

Kilman came off worse following the collision during the first half against Manchester City as he was left with blood pouring down his face. 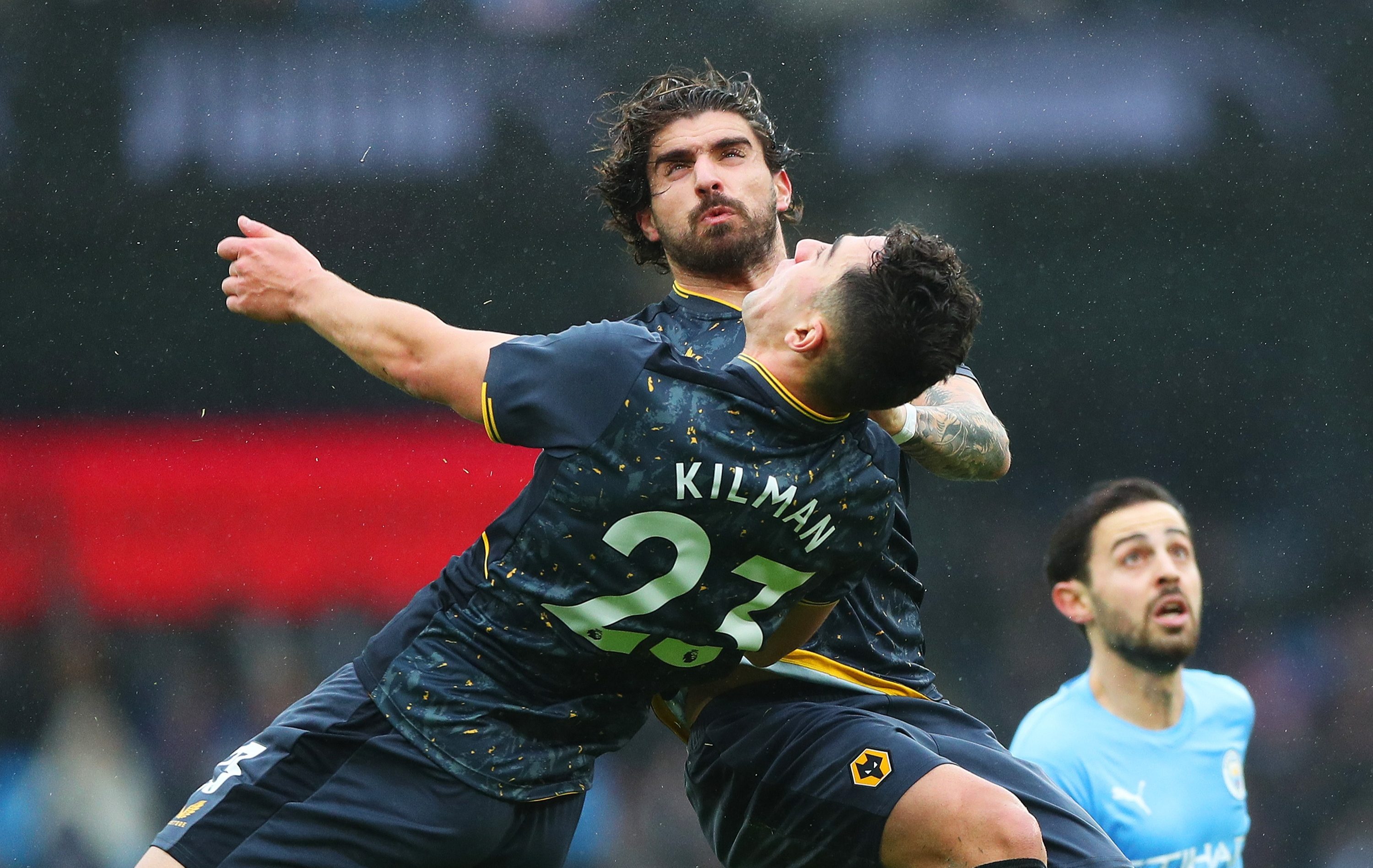 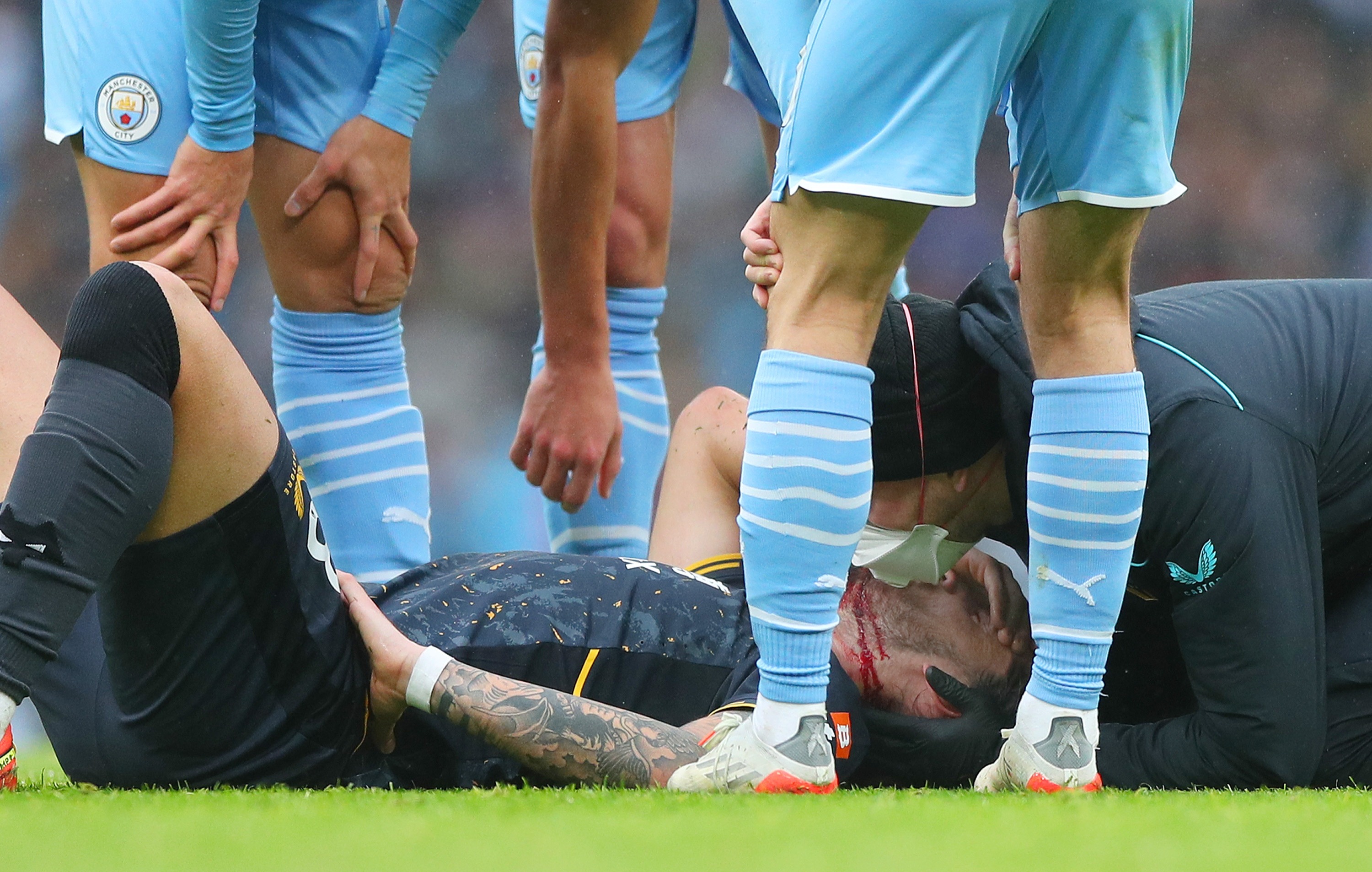 There was a stop in play for five minutes as Kilman received treatment from Wolves medics.

Neves was also left in pain following the incident, but was only dazed after colliding with his team-mate.

Kilman was eventually bandaged up and was declared fit enough to continue.

Wolves fans would have been fearing the worst after striker Raul Jimenez suffered a fractured skull after clashing heads with ex-Arsenal defender David Luiz in November 2020.

The Mexico international was ruled out for the rest of the season, and only returned to first-team action earlier this campaign.

As a result of the severity of the injury he sustained, Jimenez has to wear a head guard for the rest of his playing career.

Most read in football

In what was a quiet opening 45 minutes at the Etihad apart from the clash of the heads, the game sprung into life in stoppage time.

Jimenez was sent off for two yellow cards after receiving his first caution just 31 SECONDS after a cheap foul on Rodri.

After fouling the Spanish midfielder, Jimenez then stopped Rodri from starting an attack from the resulting free-kick.

The ball struck his foot before ricocheting off his arm, with referee Jon Moss subsequently brandishing him his second yellow card.

It is Jimenez's first red card in his 102nd appearance in the English top-flight.

Meanwhile he is the first Mexican in Premier League history to receive his marching orders.