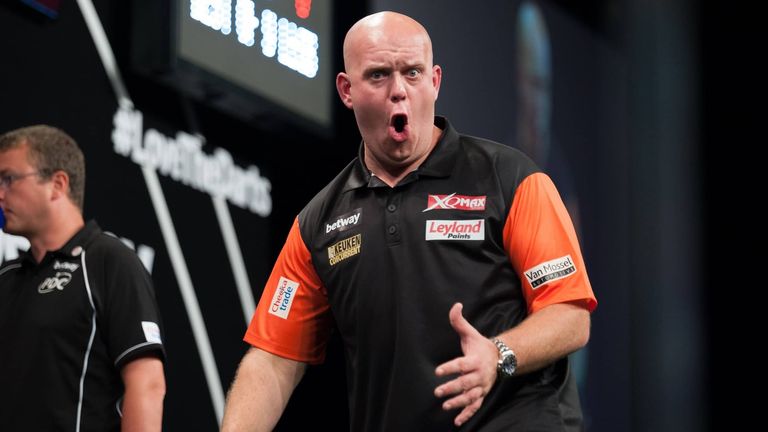 The World Cup of Darts is generally regarded as one of the highlights of the sport’s calendar. It provokes drama, tension and emotion in equal measure, evidenced by a thrilling opening day of action in Salzburg on Friday.

The 32-nation tournament began with a bang at the Salzburgarena, as former champions Netherlands, England and Scotland advanced to the last 16.

Fourth seeds Northern Ireland and 2019 finalists Republic of Ireland were the major opening round casualties, although second seeds Wales produced arguably the most impressive display, as Gerwyn Price and Jonny Clayton excelled.

The dynamic of pairs play is also a fascinating spectacle and the camaraderie between the teams was refreshing to see.

Rob Cross and Michael Smith – normally rivals on the major stage, delivered as a unit to see off the challenge of Philippines, whilst Dimitri Van den Bergh and Kim Huybrechts were positively euphoric after surviving a scare against the Czech Republic.

Michael van Gerwen relished the role of seniority as he partnered debutant Danny Noppert, despite the fact there’s only two years between the pair, whilst Wales and Germany also demonstrated their credentials in Austria.

However, pairs play is uncharted territory for many of the current protagonists in the PDC and speaking on the Darts Show podcast, two-time major winner Colin Lloyd revealed the pressure it can exert.

“Say someone like Rob Cross – he might do all he can to leave D18, whereas Michael Smith we know is a tops, tens and fives hitter. You have to have this all in your armoury, to think to yourself: ‘Right, usually I go that way to go for that’,” said Lloyd. 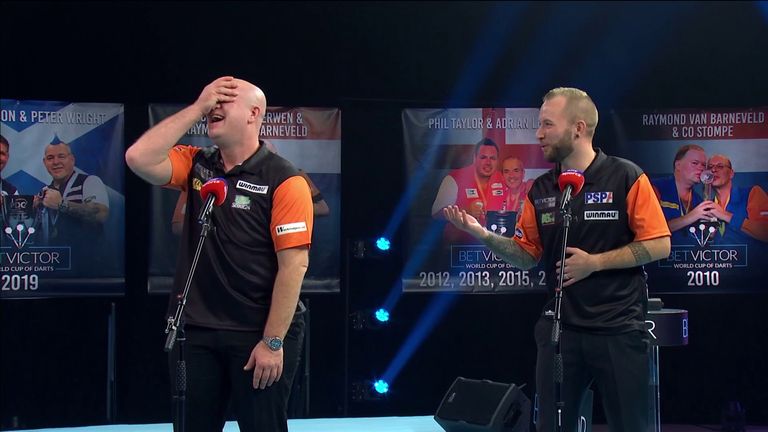 “You have still got to keep the confidence in yourself that you’re going to take out the shot, but if you don’t, you’ve got to try and leave it as comfortable as possible for your partner.

“Your partner might look at you, drop his head and think: ‘Ah why has he left me D16? I hate D16, he could have left me tops.

“Then you start getting negative as a pair. You shouldn’t do because a double is a double on the dart board, but there’s so many different things you have to think of as a pair, you’re not just being selfish and thinking of yourself, which is what you do as an individual sportsman.”

Saturday’s action will see the singles matches take centre stage, with doubles deciders only required if the two singles matches are shared, which arguably favours the more decorated nations.

The unique pairs format creates unfamiliarity even for the game’s leading lights, although the prospect of taking on unheralded stars in more ordinary circumstance alleviates the probability of shock results.

“These players are great individuals, but they sometimes don’t know how to react and how to go about themselves in their match as a pair and I think for me, that’s what is really exciting,” Lloyd added.

“As soon as you start getting to the knockout phase where it’s singles, I think that’s where the bigger names and the pressure players start to kick into gear and the lower-ranked players will struggle with that a little bit.”

Smith and Cross will be emphatic favourites to progress to a quarter-final showdown against hosts Austria, as eighth seeds Mensur Suljovic and Rowby-John Rodriguez lock horns with debutants Portugal, captained by the enigmatic Jose De Sousa. 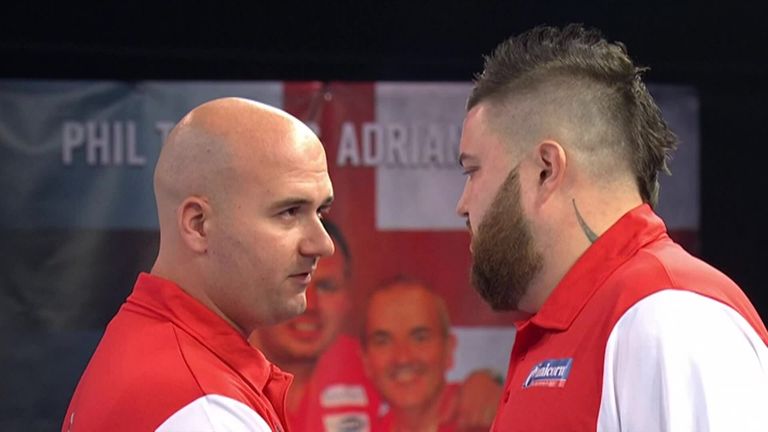 Two of last year’s quarter-finalists collide in the afternoon’s curtain-raiser, as Canada meet New Zealand, with Canada fresh from a clinical display that saw them cause the shock of the round to dump out Northern Ireland.

However, the tie of the second round is a blockbuster showdown between two-time finalists Wales and holders Scotland, represented by John Henderson and Thornton.

The new-look Scottish pairing are bidding to retain the title claimed by Peter Wright and Gary Anderson almost 18 months ago, although they face a huge challenge against an irrepressible Price and an in-form Clayton.

Four-time winners Netherlands continue their bid for a fifth World Cup crown against former semi-finalists Spain as world No 1 Michael van Gerwen bids to return to winning ways, with the help of the emerging Danny Noppert.

Another intriguing showdown in prospect is a clash between former finalists Australia and an unheralded Polish partnership, with both nations producing formidable displays to defeat Republic of Ireland and South Africa respectively. 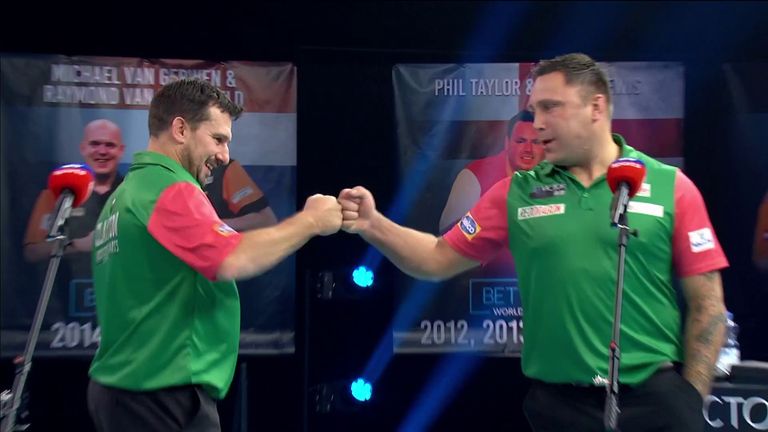 Elsewhere, sixth seeds Germany are bidding to progress to the quarter-finals for a third time in four years when they take on Greece – appearing in the second round for the first time in World Cup history.

It has been touted as one of the most open World Cups since the tournament’s inception in 2010 due to the fluctuating form of Van Gerwen, the absence of Wright and Anderson and the uncertainty surrounding England.

Nevertheless, the pressure of representing your country is also a crucial factor, and Lloyd is intrigued to see how proceedings play out over the coming days.

“There is that added pressure – you’re not just playing for yourself, you’re representing your country. I don’t think there is any higher honour in the world of sport than to pull on the shirt to represent your country,” the former world No 1 continued.

Listen to the Darts Show podcast on: Spotify | Apple | Castbox

“Some people find that a little bit too much pressure to handle, but also some people think it’s just another game of darts.

“Representing your country can sometimes do strange things to players, it can pick their game up, find something that hasn’t been there for the past month or two.

“It’s all going to be good fun. There’s going to be pressurised good fun. I’ll be sitting there with a big bowl of popcorn watching some people squirm, whilst other people thrive.”

Don’t miss a dart at this weekend’s World Cup of Darts – the action continues from 12pm on Saturday on Sky Sports Arena and we will have the remaining four sessions as the new champions are crowned.

11/08/2020 Sport Comments Off on World Cup of Darts 2020: Big guns set to take centre stage on Saturday
Recent Posts
We and our partners use cookies on this site to improve our service, perform analytics, personalize advertising, measure advertising performance, and remember website preferences.Ok