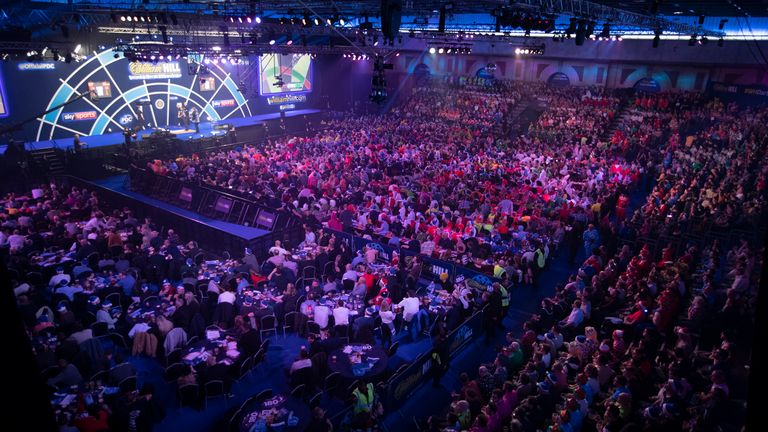 The PDC has confirmed Alexandra Palace will welcome back a capacity crowd for the 2021/22 World Darts Championship, which gets under way on December 15.

Nevertheless, over 3,000 fans will be able to attend all 28 sessions of the sport’s biggest showpiece, which will see world No 1 Gerwyn Price bidding to retain the Sid Waddell Trophy.

The festive feast of darts begins on Wednesday, December 15 and will run through to the final on Wednesday, January 3, with 96 players from around the globe competing for £2.5m in prize money.

The sport’s premier events were held in empty arenas for a 14-month period from March 2020, although the latter stages of this year’s Premier League marked the return of fans, with around 1,000 in attendance to see Jonny Clayton lift the title on debut in Milton Keynes.

However, the World Matchplay has hosted the biggest darting crowd since lockdown began, after 2,000 fans filled the iconic Winter Gardens from Monday evening, following the lifting of restrictions in the UK.

Watch the World Matchplay from the iconic Winter Gardens all the way through until Sunday, July 25. Check out daily Darts news on skysports.com/darts, our app for mobile devices and our Twitter account @skysportsdarts