WWE legend Matt Hardy was rushed to hospital after smashing his head on the concrete floor in a botched stunt.

But the shock injury left Hardy's wife Reby distraught and furious – because the match was allowed to continue despite a potential concussion. 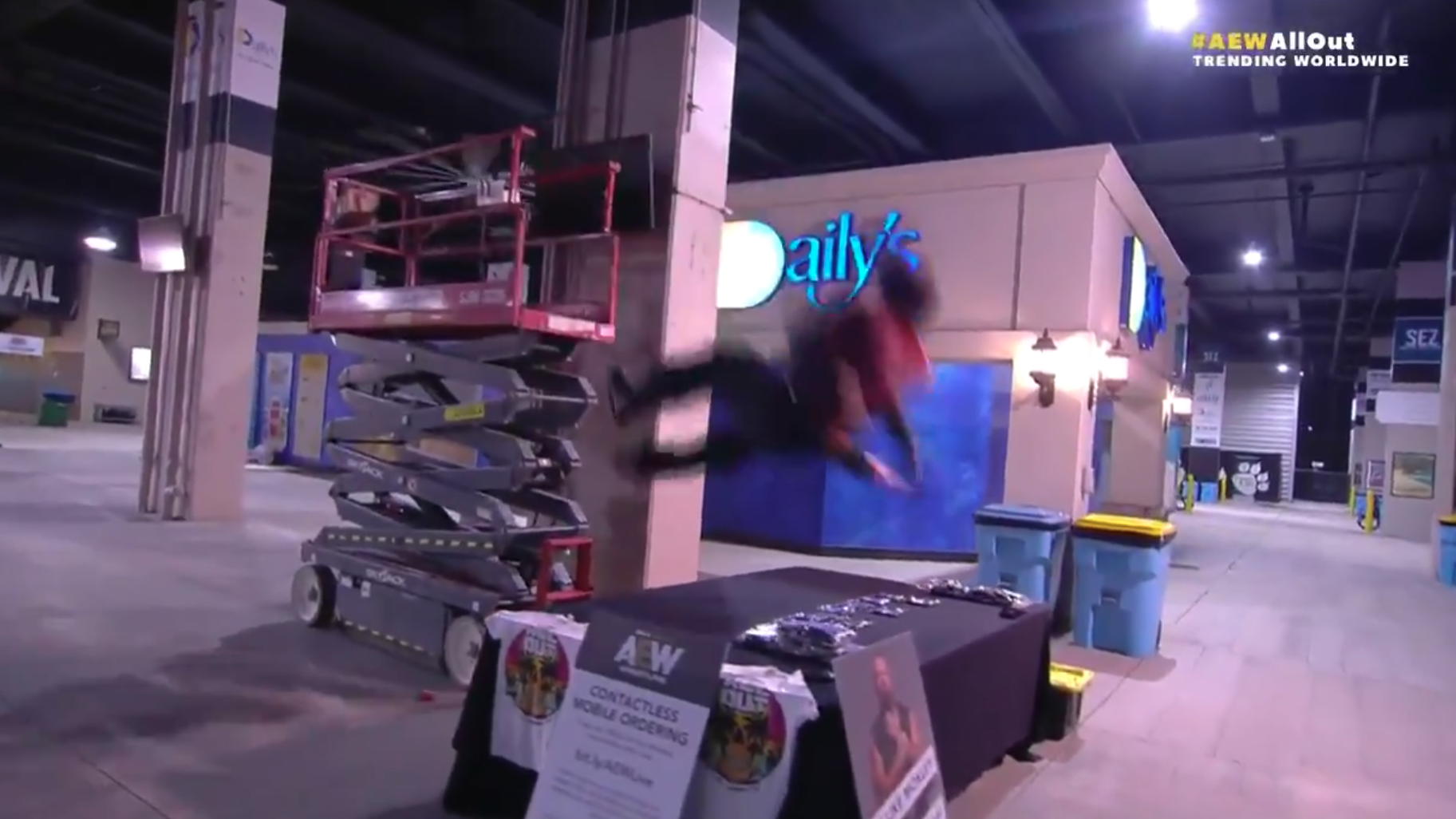 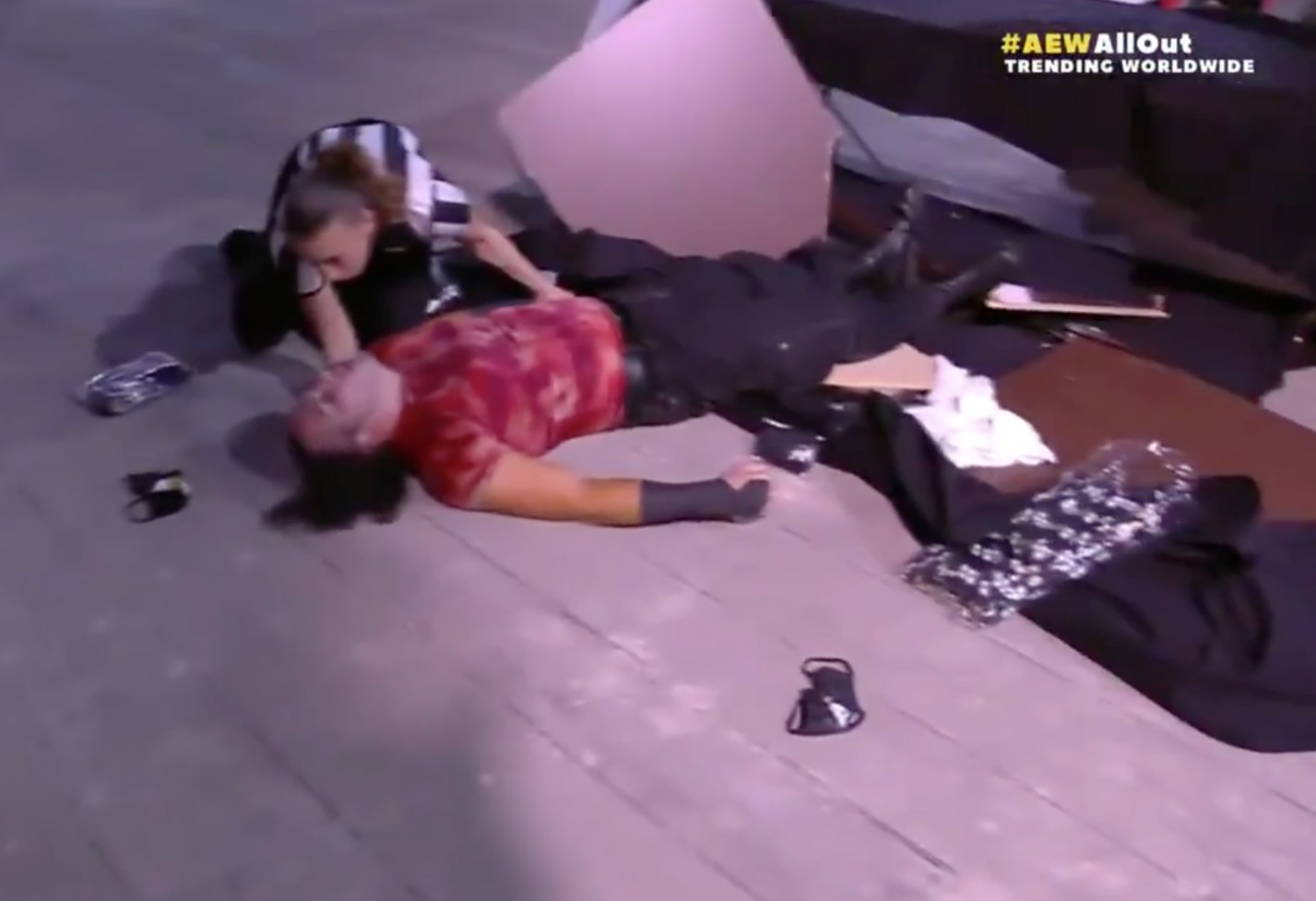 Hardy went up against Sammy Guevara in the AEW All Out on Saturday night.

But with the pair up a lift, Guevara speared his opponent off the top.

However, the pair overshot the table below and crashed directly on to the concrete instead in a sickening fall.

Guevara seemingly took the softer blow but Hardy was knocked out as the referee came to his assistance.

The match was temporarily stopped… but just moments later after a medical check they carried on.

It was only once they ended that Hardy was taken to hospital and checked over, with a potential MRI scan to detect any injuries.

But Hardy's wife was fuming and took to Twitter to slam the WWE for their handling of the situation.

She shared a screenshot of her text exchange with Matt. 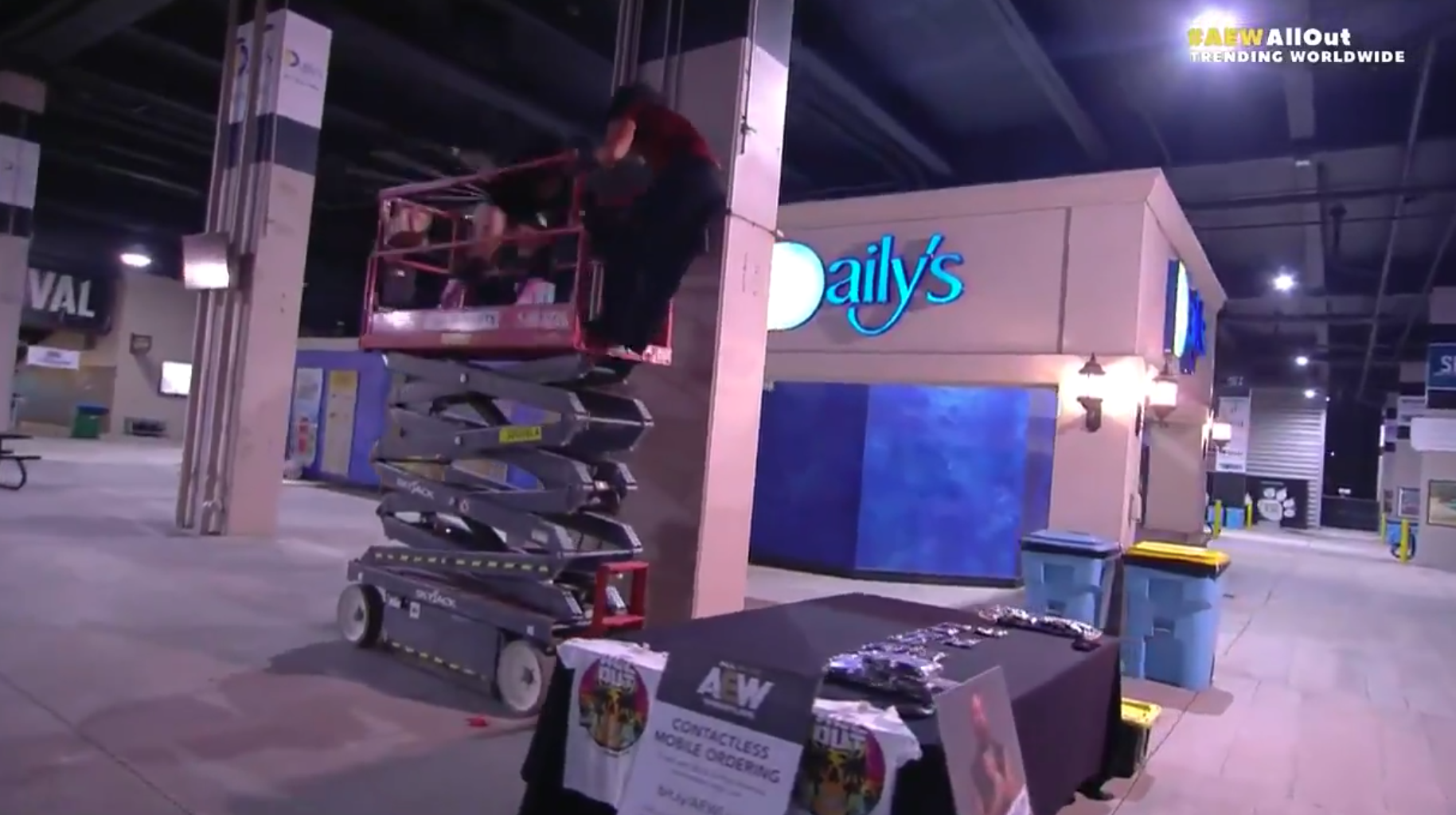 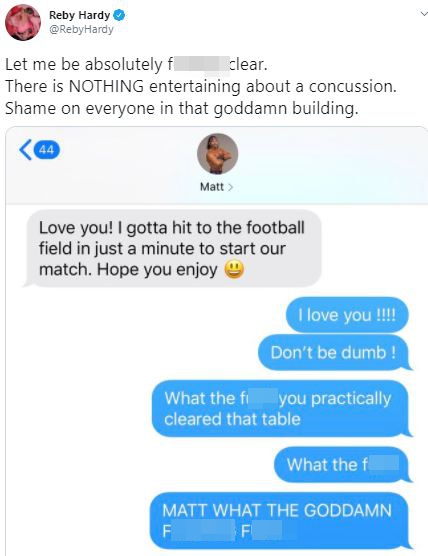 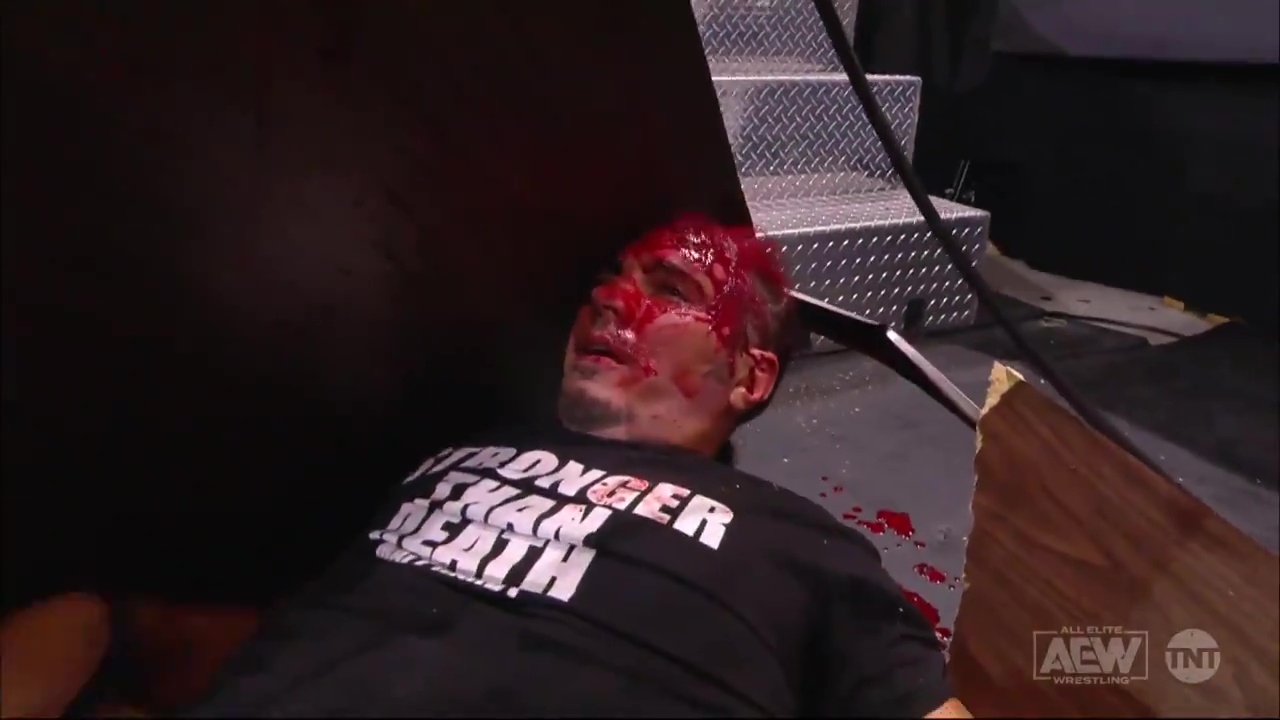 Reby said: "What the f*** you practically cleared that table."

"There is NOTHING entertaining about a concussion. Shame on everyone in that goddamn building."

Fans piled in on social media to blast AEW – who came out to defend their decision.

Tony Khan said: "The health and safety of the wrestlers is always the most important thing at AEW. Matt is okay and he's going to be okay.

"What had happened was Matt had taken a fall in the match and I stopped the match, paused the match, and sent the doctor to check on him."

"I was concerned that Matt could be hurt – I rang the bell to pause the match. When the doctor checked him, he passed him and cleared him on the concussion protocol.

"He checked with Matt and then Matt came back after and passed the concussion protocol and he's doing okay. I spoke with him after the match and talked to him again just now.

"He went, as a precaution, to the hospital to get some tests and check out that he's okay, but looks like he is okay and that's why the doctor cleared him to continue.

"It was not something that any of us enjoyed. It was a scary moment, but the most important thing is that Matt is okay. We're all really glad about that."

The horror incident comes just a month after Hardy need 13 stitches in his face after it was bust open by Guevara when his opponent smashed him with a chair, sending blood everywhere and causing "chaos" backstage.

09/06/2020 Sport Comments Off on WWE legend Matt Hardy rushed to hospital after smashing head on concrete in botched move leaving wife Reby distraught
Recent Posts
We and our partners use cookies on this site to improve our service, perform analytics, personalize advertising, measure advertising performance, and remember website preferences.Ok