Over the past few years, Dakota Johnson’s career has skyrocketed and she’s quickly become a household name. She made a name for herself in the Fifty Shades of Grey series of films and is a part of Hollywood royalty. But she was acting long before she starred as Anastasia Steele. Here are just a handful of her career-defining films. 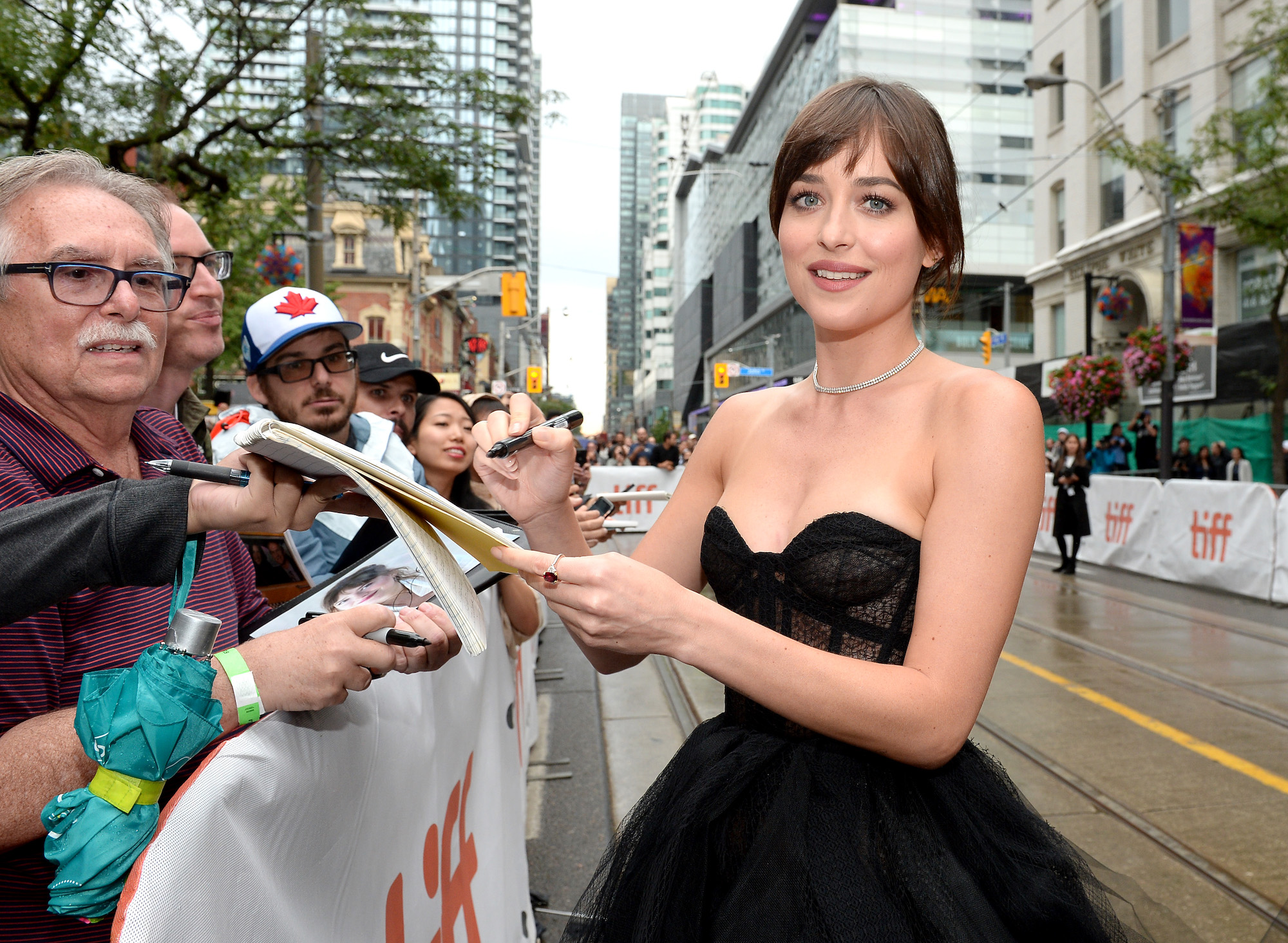 Crazy in Alabama focused on Peejoe and his family from — you guessed it — Alabama. His Aunt Lucille (played by Melanie Griffith, Johnson’s mom) is a bit eccentric, with a dream of working in Hollywood. She drops her kids off with Peejoe’s mom, and heads to Los Angeles after she murders her husband. Peejoe then witnesses a murder by a racist cop, and ends up at the center of the case. It takes place in Alabama during the Civil Rights movement in 1965, and bounces back and forth between their perspectives.

This was the first film Johnson was ever in and she was around 10 years old. She had a tiny role as one of Lucille’s kids, and her half-sister Stella Banderas also appeared with Johnson in the film. Antonio Banderas, Johnson’s stepfather at the time, directed.

Not available to stream, but viewers can rent on Fandango, Vudu, and Amazon.

Available to stream on Hulu or rent on NBC.com

A Bigger Splash stars Tilda Swinton, Ralph Fiennes, and is directed by Luca Guadagnino, who also directed Call Me By Your Name along with another Johnson film on this list. It’s a drama that also takes place in Italy, and as about Marianne Lane (Swinton), a major pop star. Johnson plays the daughter of Marianne’s former lover, Harry (Fienes). But her current lover is Paul, who used to work with Harry.

Johnson’s Penelope, or “Pen” for short, plays the role of a bored daughter who’s also enamored by Paul. A lot of romantic antics ensue, but there’s a lot of anguish, too.

How To Be Single is Johnson’s first big lead in a comedy and it stars Leslie Mann and Rebel Wilson alongside Johnson. Her character, Alice, is newly out of a four-year relationship, and in her post-graduate job in New York City. Mann plays her sister, and Wilson is her eccentric new work friend.

Essentially the movie does exactly what the title states: It teaches Alice, and the viewer, how to live life as a single. After all the blunders, of course. It’s delightful and showcases Johnson’s impeccable comedic timing.

This is the second movie on this list directed by Guadagnino and it carries his specific vision for sure. It’s a remake of the 1977 Italian film of the same name. It highlights a dance company in Germany that Johnson’s character is dying to get into. It turns out that the company is run by a coven of witches and that’s not even close to the most disturbing thing about the film.

It features dance, of course, but also gore, bone-chilling elements, and a confusing puzzle that will take the whole movie to figure out.

Available to stream on Amazon Prime.

Bad Times at the El Royale is the definition of a “stacked cast.” Besides Johnson, the movie also stars Chris Hemsworth, Jeff Bridges, Cynthia Erivo, Jon Hamm, and more. It’s a neo-noir thriller that takes place at a hotel (the El Royale) and focuses on the four people that check-in there one evening. Some aren’t telling the full truth and others are waiting to strike. It’s nearly empty, as well, which adds to the suspenseful atmosphere.

Lastly, The Peanut Butter Falcon is one of the most heartwarming movies on this list. It stars Johnson as Eleanor alongside Shia LaBeouf as Tyler. Eleanor works as a caretaker at an assisted living home, which houses Zak, a young man with Down syndrome. He constantly tries to get away, and one day he succeeds. He runs into Tyler, and starts to travel with him on foot. Eleanor, in the meantime, is looking for him, and the three make an interesting group once she finds them.

08/05/2020 TV & Movies Comments Off on 7 Movies That Defined Dakota Johnson's Career and Where to Stream Them
Recent Posts
We and our partners use cookies on this site to improve our service, perform analytics, personalize advertising, measure advertising performance, and remember website preferences.Ok