A Place In The Sun saw Scarlette Douglas on a mission to help cycling-mad Sandra and Robert from Greater Manchester find a holiday home for £100,000 in Southern Costa Blanca. The couple ideally wanted the apartment to be within walking distance of the beach and offer storage space for their bikes. At the end of the property search, Scarlette was left astounded when the couple put in an extremely “cheeky” offer for a beach bungalow.

It boasted a great sized communal pool, and had it owns entrance which then led up to a private terrace with a sea view.

When Scarlette asked the couple their initial thoughts, Sandra said: “I think I’d probably tidy it up a bit – only cosmetic. But it’s a great space.”

Robert added: “It’s nicely maintained, and ticks some of the boxes but the stairs are too narrow and steep.”

The second apartment, also offered two-bedrooms but had a slightly higher asking price of £102,586. 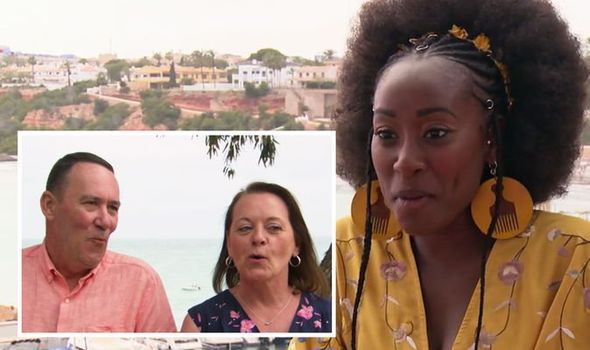 It was one of 196 properties on a complex that was a 30 minute walk to the coast and five minutes from a local supermarket.

But the communal pool, being used by so many families was a concern for Sandra and Robert.

“It’s a good size, nice and clean, it feels like we could move in,” Sandra said.

Robert added: “The second bedroom, I don’t really think is a double and I’ve noticed the road noise. The location is not as good [as the first one].”

Property three, valued at £111,207, which was over budget, but Scarlette assured a deal was to be done. 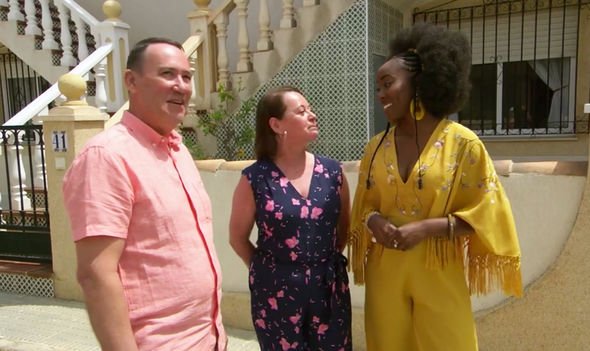 “Fabulous!” Sandra remarked as soon as she entered the townhouse. “Exactly what I had in mind. This is so much more like what I wanted.”

“There’s so much room!” Robert said. “I don’t know where to stand.”

The townhouse offer five outdoor spaces, four of which were terraces while the other was a front garden.

It also shared three communal pools with the other properties on the development.

But, there was one thing Scarlette could improve on, and that was it’s location: “It’s about a 20 minute cycle to the coast or then minute drive. 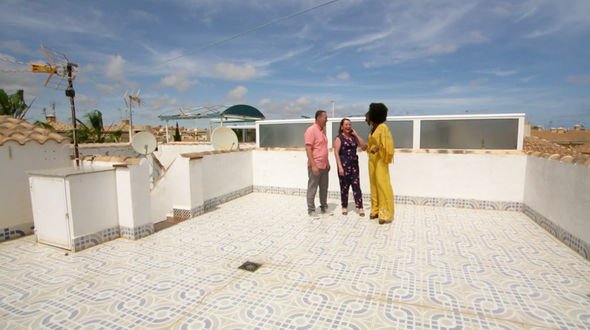 “Remember, if we’re going to find something like this closer to the coast, your budget would have to increase and I don’t want to push it anymore than I already have,” the expert added.

She then took a gamble with property number four as she took Sandra and Robert further inland.

The house boasted three bedrooms, and had the use of five communal pools.

It again had many outdoor spaces, but the couple weren’t convinced on its curb appeal.

“I feel like you’re being polite,” Scarlette remarked. “Tell me what you’re honestly thinking. 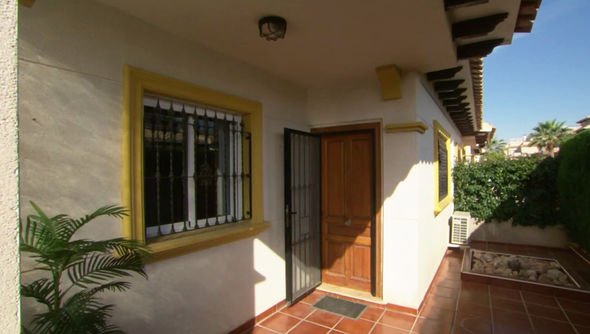 “The other property was better, but this is better than the first two,” Robert remarked.

The fifth and final property was a beach bungalow, on the market at £107,716 and it was a ten minute walk to the coast.

“Much bigger than I expected [inside]. I would probably paint it white to make it bright and change the furniture.”

Robert added: “Inside needs a bit of work, but I was quite surprised with it being a bungalow, but the size of it.” 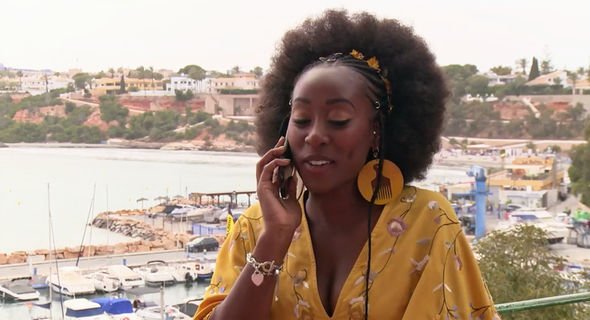 When they sat down with Scarlette to discuss all five properties, she was astounded when they revealed they wanted to make an offer on property number five, instead of number three.

Remaining polite, Scarlette queried: “That’s quite low, why are we starting there?”

“It needs a little bit of work and we can negotiate,” Robert explained. “It’s a staring point.”

Those watching at home saw the Scarlette ring the agent and she said: “He didn’t sound shocked or surprised like I did!”

Their second offer was refused and eventually, the owner and buyers settled on £97,000.

A Place In The Sun airs weekdays at 4pm on Channel 4.