It’s a fundamental aim of most TV shows to fill the screen with characters who are recognizable and familiar yet still have ample room to grow. In the first episode of Season 2 of “All Creatures Great and Small,” Siegfried Farnon (Samuel West) offers one sage bit of advice: “To conquer the ziggurat of life, one must climb the first step.” It’s a line so firmly in the senior veterinarian’s wheelhouse that it’s said with a knowing smile. Yet, the magic of this second season, premiering on PBS this week after airing on Channel 5 in the UK last fall, is that each detail is delivered with such care and confidence that it is unabashedly itself. The baby animals, the pining from afar, the sweeping green hills of Northern England all return as the cozy delights that made the show’s initial season one of the best shows of 2021.

The opening of Season 2 is a bit of a fakeout. Our stalwart young vet on the rise, James Herriot (Nicholas Ralph), is making his way through Glasgow on a return visit home. The streets are busier, the clinic where he’s pitching in has sharper and more modern equipment. James is happy, but his smile is muted. The full glint in his eye doesn’t return until he’s back in Darrowby, working under Siegfried’s direction alongside the younger Farnon brother Tristan (Callum Woodhouse). Mrs. Hall (Anna Madeley) keeps a watchful eye on everything going on at Skeldale House, from the operating rooms to the living room that doubles as a reception area. It isn’t long before James (along with the viewing audience) has that familiar sense of ease and comfort back.

But “All Creatures Great and Small” doesn’t just rest on its past strengths. A pair of pivotal late-season developments when last we saw Darrowby loom large over where things stand now. Helen (Rachel Shenton) is single after breaking off her engagement to Hugh Hulton (Matthew Lewis), now free to return James’ frequent googly eyes from across the paddock. Meanwhile, Siegfried is still torn over his decision to hide his little brother’s less-than-qualifying final exam scores from him. Coupled with the usual week-to-week drama of keeping sickly animals alive (some that provide the only semblance of financial stability for their owners), “All Creatures Great and Small” has more to offer this season than endless bright blue skies. 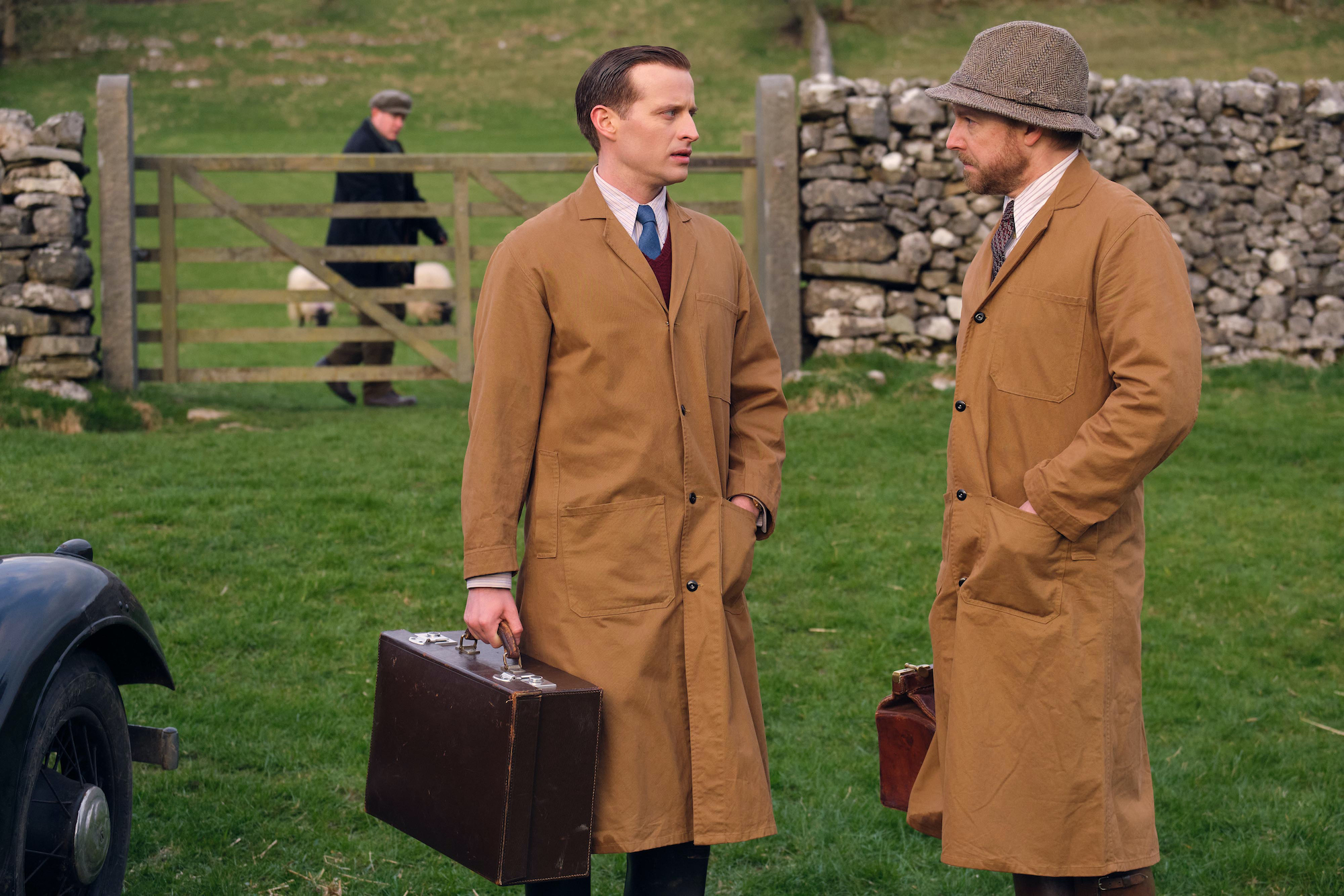 “All Creatures Great and Small” Season 2

The show’s main trio in Season 1 — James, Siegfried, and Mrs. Hall (Aud, if you know her well enough) — are all back in fine form for these newest episodes. Much as this version of “All Creatures Great and Small” succeeded in giving Mrs. Hall a richer place in this story, series lead writer Ben Vanstone improves season over season in giving Tristan and Helen more narrative independence. With her eyes still on James, Season 2 shows more of Helen as a key driver in the health of the family farm than an object of affection. Woodhouse keeps all of Tristan’s charm as he darts around Darrowby, but the question of whether or not he’s worthy of joining the family practice becomes a surprisingly large part of the entire season’s overall arc.

“All Creatures Great and Small” hasn’t exactly been shy about its thematic parallels, particularly when it comes to the veterinarians in this story learning just as much about people as they’re taking care of animals. If there’s one element in this season that teeters on overindulgence, it’s underlining those ties even more than usual. Characters are quick to call out the similarities between nurturing pairs of dogs or some pets’ relative freedoms and their human counterparts when a few well-timed cuts more than do the trick on their own.

Still, despite a handful of on-the-muzzle moments, “All Creatures Great and Small” has plenty of emotional honesty behind it. Now drawing on two seasons’ worth of breakthroughs and setbacks, this is a show that understands the relative importance of each new trial, whether it’s treating a moody sow or navigating the pitfalls of young love. Skeldale House in particular is home to a complete spectrum of feeling. Pets struggle through tricky procedures. Coy glances get exchanged over cups of tea. Tristan goes from being the hanger-on kid brother to a full-fledged family member with every new smug reaction he gives to each of his coworkers’ romantic adventures. 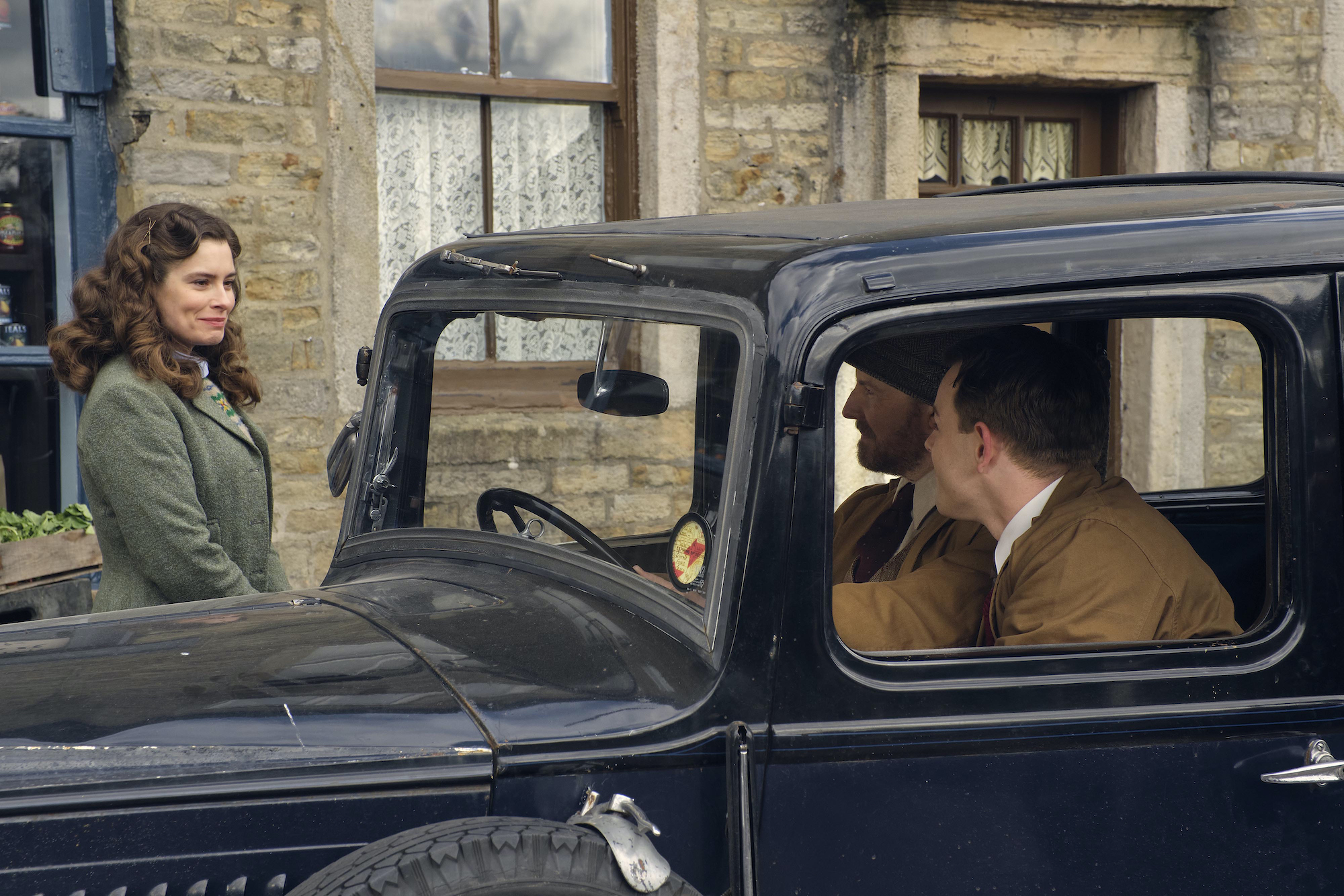 “All Creatures Great and Small” Season 2

Most importantly, there’s room in Season 2 for each of these characters to face the world on their own. Madeley, who’s been the show’s main anchor pretty much as long as Mrs. Hall has been on screen, lets a certain type of melancholy creep into the housekeeper’s day to day. Her juggling of being content with solitude and a little sad about being alone is maybe the most poignant way that “All Creatures Great and Small” builds on the idea of connection being the thing that makes all of these characters tick. Managing pride is something that bubbles up more than a few times, and no one plays that struggle better than West, who guides the narrow path between father figure, mentor, and dear friend with delicate precision.

Where “All Creatures Great and Small” truly shines is in those morning Skeldale check-ins. With the camera buzzing around hallways in search of whoever might be missing from the breakfast table, there’s an energy to life in this town that’s present even before digging into the day’s list of house calls and appointments. At various points over the season, including one pivotal moment in a later episode, James explains what it is about Darrowby that brings him so much happiness. Not only does Ralph sell those passionate speeches, the show has done plenty to align the viewers with those same feelings. There’s attention and care put into making this feel like a full town, with all its lovable oddballs. With the welcome news of the show’s two-season renewal, it’s not just that there’ll be more time spent in this world. It’s that there’s still more to discover along the way.

01/09/2022 TV & Movies Comments Off on All Creatures Great and Small Review: A Gentle Classic in the Making Grows Even Deeper in Season 2
Recent Posts