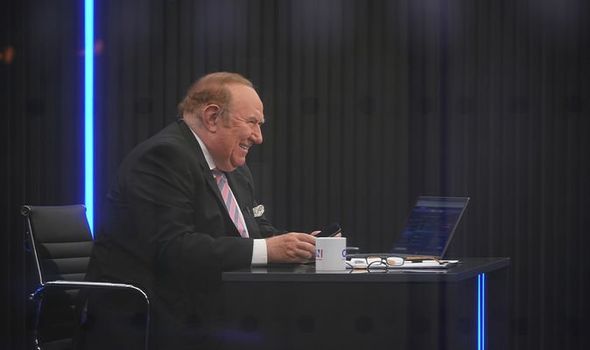 The veteran presenter, 72, had been absent from the television channel after taking a break two weeks after its launch in June.

Mr Neil announced his resignation last night on Twitter, saying: “It’s official: I have resigned as chairman and lead presenter of GB News.”

The future direction of the channel now hangs in the balance, with the station’s increasingly populist agenda apparently polarising the newsroom.

There have been several resignations, with three senior producers quitting within days of each other last week.

They included Jamie McConkey, who had been producing Mr Neil’s programme since its launch, Sarah Weaver, a senior producer for presenters including Michelle Dewberry, and Joceline Sharman, a senior daytime producer.

Simon McCoy, a former BBC News anchor, is also reportedly unhappy about the news channel’s direction and its persistent technical problems and errors.

And the recent hiring of former MEP and Brexit campaigner Nigel Farage has split opinion – despite high viewing figures which regularly outstrip those of programmes on Sky and other channels.

Yesterday, Mr Neil said he will continue to contribute to GB News as a regular guest commentator.

He said: “I am sorry to go but I have concluded it’s time to reduce my commitments on a number of fronts. Over the summer I’ve had time to reflect on my extensive portfolio of interests and decided it was time to cut back.”

A statement from GB News said: “Andrew is without doubt one of the finest journalists and interviewers in this country. GB News thanks him for his 12 months of leadership, wisdom and advice, and we wish him well.”