Antiques Roadshow star Alastair travelled to Buckfast Abbey for the valuation in question, with the guest bringing along a giant silver plate. The relic was brought on the off-chance it might have had some value, but the owner was left in disbelief when he realised the item had a very interesting backstory. This led him to question whether he could make some changes to it to up the value, only for the expert of the BBC programme to warn him it would be a “criminal offence” if he were to do so.

Getting his hands on the gold-coloured silver dish, Alastair asked: “You’ve got here a pretty spectacular silver-gilt dish, where did you get it from?”

The guest explained: “I brought it online, actually. I sort of dabble a little bit with silver and things and this was one of the things that came up and I’ve had it now for four to six months.”

Going into further analysis, the expert said: “If we turn it over, it’s got some marks here on the back which have all got crosses right through them.

“Do you know why they’ve got that?” he inquired, to which the relic owner replied: “I don’t. Hopefully, you’re going to tell me.”

Evaluating the piece more intently, the expert noticed one of the marks was the letter F, determining an original dish would have been curated in 1761. 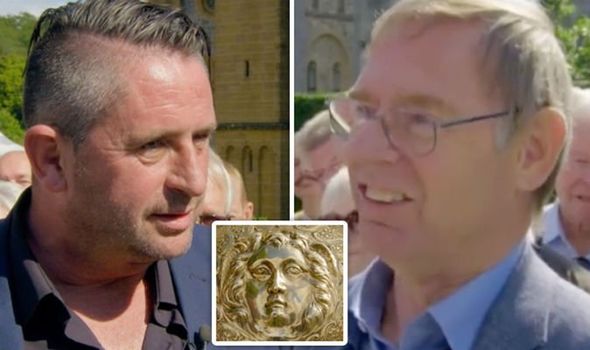 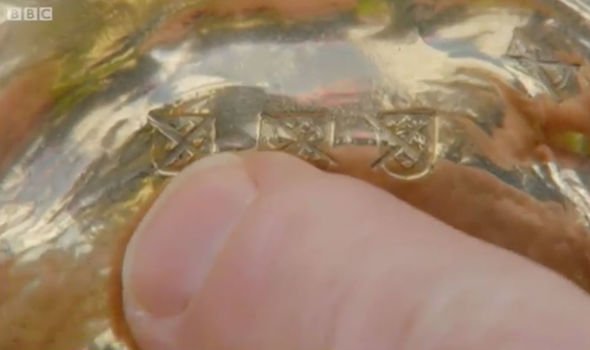 Unfortunately, the one the guest had brought along was changed to try and pass it off as a dish which would match the original.

“It’s gone to the London assay office and been put in front of the Antique Plate Committee, which is the adjudicating body that makes opinions officially on all things of a suspect nature,” Alastair continued.

“And this was thought to be an illegal piece of silver, that’s why it was sent,” the expert explained, leaving the guest in shock.

“It was altered in the 19th Century from something much plainer into something different.

“It was probably something like a large meat dish or a salver that was converted into the sort of hubcap shape but deemed to be what’s called an illegal alteration.” 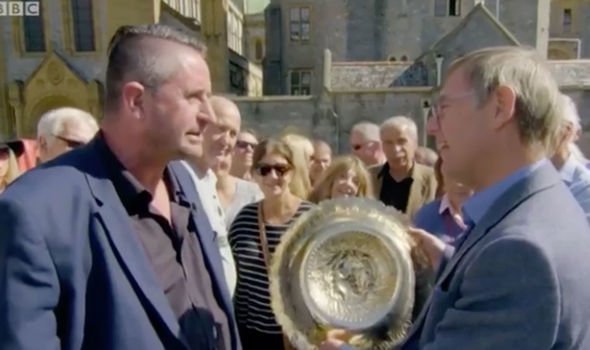 “So in order to make it legal, they cross out the marks, but they re-mark it,” the expert continued, describing how the look of the silver-dish was changed.

Alastair then determined from the marks the piece had been altered quite recently, 2018 to be precise which left him and the guest bewildered.

Asking how much the owner of the relic had paid for it, the expert learnt it cost him around £800 via online purchase.

That would be a criminal offence

However, there was some bad news as he told the guest: “If this was genuine, we’d be looking at ten times that.”

“Can we not scrub those marks?” the owner of the gold-coloured silver dish asked before Alastair issued his warning.

“That would be another offence and a criminal offence,” the expert explained, before stating it was a “good piece of silver”.

“You can put fruit in it. You can have your cornflakes out of it. You could put it on the side of your car,” he commented.

The show is currently off-air as new episodes are being filmed in accordance with coronavirus and social distancing regulations.

Host Fiona Bruce, 56, said of the new arrangements: “Normally we welcome around 5,000 people to each Antiques Roadshow, but of course, in these extraordinary times, we will have to do things very differently.

“We’ve come up with a new way to safely film the show yet still bring you amazing items and stories. I can’t wait to see what treasures you have hidden in your homes.”

It has not yet been revealed when the new episode will start to air, but it is likely they will hit screens early next year.

Antiques Roadshow is now available to watch on BBCiPlayer.

11/13/2020 TV & Movies Comments Off on Antiques Roadshow expert’s warning against ‘criminal offence’ as item ‘illegally altered’
Recent Posts
We and our partners use cookies on this site to improve our service, perform analytics, personalize advertising, measure advertising performance, and remember website preferences.Ok