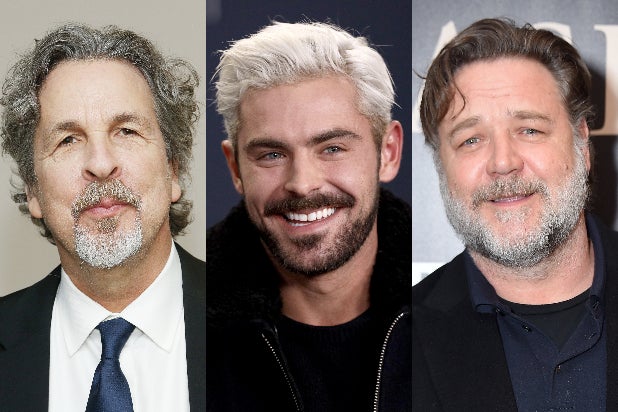 Apple is in early discussions to pick up and finance the next film from “Green Book” director Peter Farrelly, “The Greatest Beer Run Ever,” and Zac Efron and Russell Crowe are now in talks to star in the film, an individual with knowledge told TheWrap.

Bill Murray has also expressed interest to star in the film in a supporting role but is not yet attached.

The project is based on the book “The Greatest Beer Run Ever: A True Story of Friendship Stronger Than War” by J.T. Malloy and John “Chick” Donohue. It’s a dramedy based on the true story of John “Chickie” Donohue, who in 1967 left New York to track down and share a few beers with his childhood buddies in the Army … while they were fighting in Vietnam. The book and source material became a New York Times best seller when it was published in 2020.

Farrelly adapted the screenplay along with Brian Currie and Pete Jones based on the book “The Greatest Beer Run Ever.”

The film will produced by Andrew Muscato alongside David Ellison, Dana Goldberg and Don Granger on behalf of Skydance, which originally developed the film.

Apple landed its first Oscar nominations for the films “Wolfwalkers” and “Greyhound.”