Sir Ed Davey won the race to become the new leader of the Liberal Democrats on Thursday. However, his tenure as leader has already suffered a rough start after BBC Breakfast viewers ruthlessly mocked the new party leader during his appearance this morning. Sir Ed faces a tough challenge in rebuilding electoral support, with the party only achieving single digit support in the the latest opinion polls.

The Liberal Democrats have just 11 MPs, and recent opinion polls have put them on between 5 and 10 percent of the vote.

Viewers mocked the Sir Ed’s repeated claim on the BBC that the Liberal Democrats would now “listen” to the British people.

Ed Davey told Naga Munchetty: “We’ve not been seen, by the British people, as on their side.

“I am determined that by the next election, the people know that we are their voice. We are standing up for ordinary people.” 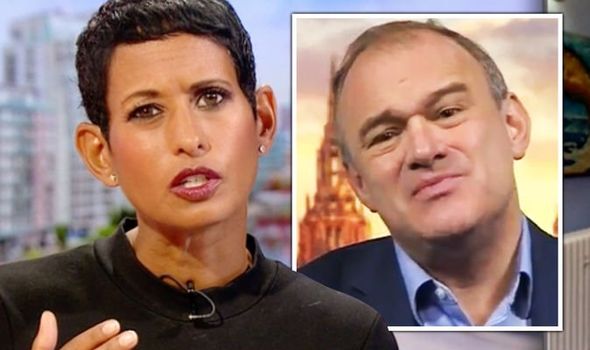 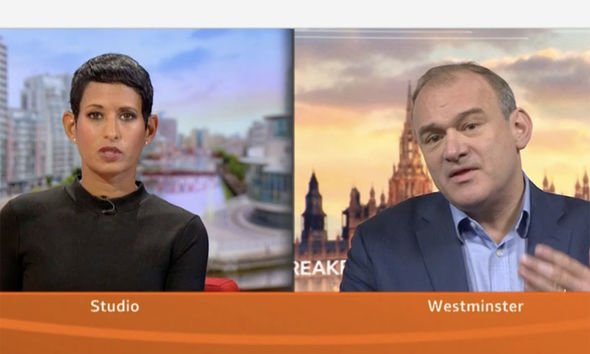 In an email to party members on Thursday, Sir Ed claimed he would launch a “national listening project” to help make the Lib Dems “relevant again”.

One viewer remarked: “Ed Davey saying he is going to listen to the British people and then never stops talking.”

One person simply asked: “Is this man serious?” 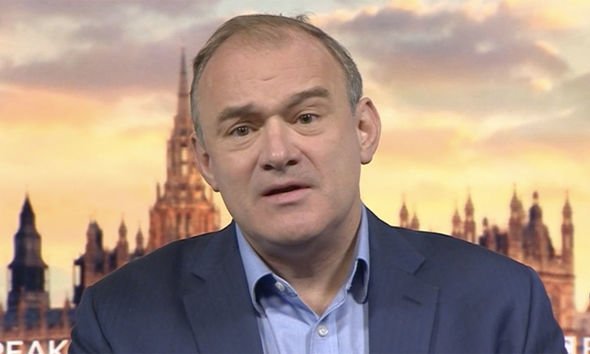 Others added: “Ed Davey still not acknowledging that Lib Dems’ contempt for democracy is why they only appeal to bitter Remoaners now.

“Blimey, half his party couldn’t even be bothered to vote in the leadership contest.”

During his victory speech yesterday, Sir Ed said it was time for the party to “wake up and smell the coffee” after only securing 12 percent of the vote in the last general election. 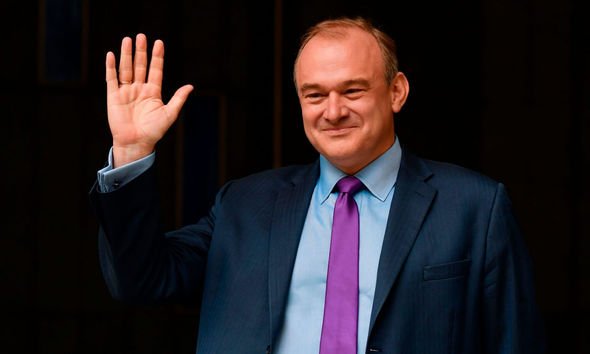 The result comes eight months after the Lib Dem’s former leader, Jo Swinson, stepped down from the role after losing her seat in 2019 election.

“As an internationalist with conviction, I know you & your party have the chance to change this!”