John Bercow was invited onto Good Morning Britain ahead of the Queen’s Speech on Tuesday to discuss allegations that Boris Johnson misled Parliament. The former Speaker of the House of Commons told hosts Susanna Reid and Alastair Campbell he could give them “a number of examples” of the Prime Minister not telling the truth. Going through some of the statements the Prime Minister has made to MPs in the past, Mr Bercow blasted them as “demonstrably wrong.”

The former Speaker told the GMB hosts: “It is simply factually wrong for the Prime Minister to say that the economy under this conservative government has grown by 73 percent.

“The figure is in fact 20 percent, it is wrong and provably so say there are 400,000 fewer families living in poverty no one recognises that statistic.

“It is wrong for him to say the Government has reintroduced the nurses’ bursary that simply isn’t the case.

“It is demonstrably false.” 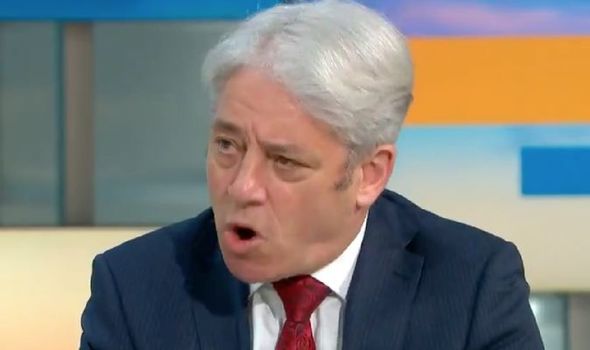